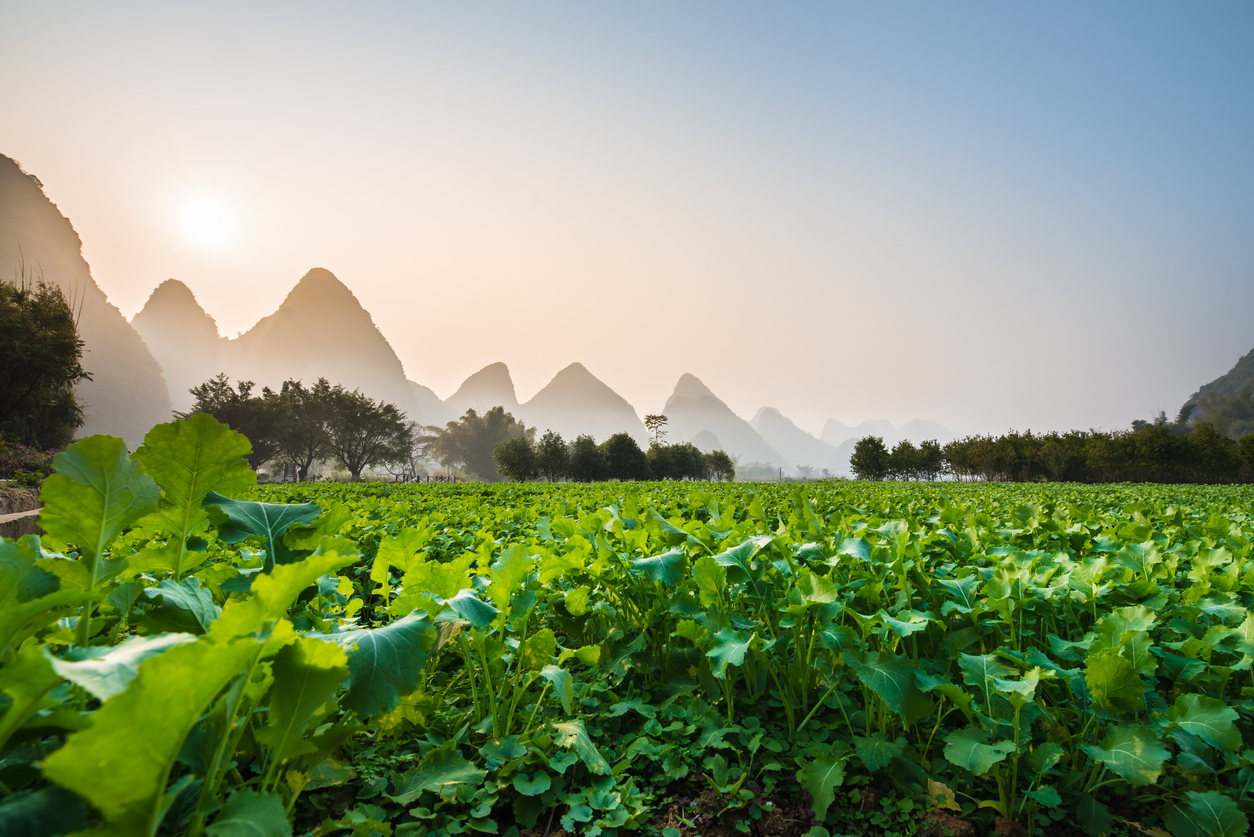 Chi Chen, a Boston University graduate researcher, and Ranga Myneni, a BU professor of earth and environment, are the lead and senior authors of a new paper in Nature Sustainability that reveals how humans are influencing the Earth’s plant and tree cover. On the surface, it may look like a no-brainer that “greening” of the planet would be a good thing for reducing atmospheric carbon. But taking a closer look, the authors help us see that not all leaves grow up to be equals.

Looking at remote sensing data from NASA’s satellites, we’ve discovered that over the last two decades, the Earth has increased its green leaf area by a total of 5 percent, which is roughly five and a half million square kilometers—an increase equivalent to the size of the entire Amazon rain forest. The two countries that have been most responsible for the global greening came as a surprise to us. We found that China and India—the world’s first and second most populous and still-developing countries—are leading the world in greening due to widespread crop farming.

But is all of this extra leaf cover from agriculture helping or hindering our planet’s health?

Each year, about 10 to 11 billion tons of CO2 is emitted into the atmosphere from carbon sources, such as burning fossil fuels and tropical deforestation. About half of those emissions are stored temporarily in equal parts in the oceans, soils, and land plants—our Earth’s so-called carbon sinks.

Green leaves produce sugars using energy from the sunlight to mix CO2 absorbed from the surrounding air with water and nutrients soaked up from the ground. These sugars, whose production helps eliminate CO2 from the atmosphere, are the source of food, fiber, and fuel for life on Earth. Based on this knowledge, more greenery sounds like a good thing.

Here’s the catch. Not all land plants are created equally.

Part of the green effect in China can be attributed to an ambitious tree-planting initiative known as the Green Great Wall. However, the vast majority of greening in China and India stems from the intensive agricultural use of land that helps feed the 1.4 and 1.3 billion people who live in those countries. China and India each have about two million square kilometers of crop lands, which has not changed much since the early 2000s. In contrast, total food production of grains, vegetables, and fruits has increased greatly, about 35-40 percent, in that time. Rama Nemani, a scientist from NASA’s Ames Research Center and one of our paper’s coauthors, says that the increase in food production is due to the planting of multiple crop rotations each year and by heavy fertilizer and irrigation use.

Although China’s Green Great Wall tree-planting efforts—similar to sustainable forestry practices in Western Europe and tree regrowth on abandoned lands in Eastern Europe—enhance our planet’s ability to absorb atmospheric carbon, greening achieved through intensive agriculture does not have the same effect, says Victor Brovkin of the Max Planck Institute for Meteorology, another coauthor on our paper. Instead, carbon absorbed by crops is quickly released back into the atmosphere.

It was surprising for us to find that intensive agriculture is driving so much greening in China and India because we previously thought that greenhouse gas emissions were the primary drivers of global greening through higher levels of atmospheric carbon (aka more food for plants) produced by the burning of fossil fuels. This is consistent with work from other research groups that have recently provided strong additional evidence for the connection between human land use and the greening phenomenon observed in sub-Saharan Africa and throughout Europe.

Our findings have uncovered an important research gap that has not been considered until now, which is the need for Earth system models to incorporate data and processes about how humans are using land. These factors are essential for us to understand as we continue to look at the Earth’s plant cover and consider how green leaf area can help—or hinder—our efforts to reduce the amount of greenhouse gases in the atmosphere and combat climate change.

Moving forward, we recommend that Earth system models be refined to include key human land-use practices identified by our work—such as crop rotation, irrigation, and fertilizer use, fallowing and abandonment of land, afforestation, reforestation, and deforestation—all of which influence atmospheric carbon in different ways.

This work was funded by the NASA Earth Science Directorate, the Alexander von Humboldt Foundation, and the NASA Earth and Space Science Fellowship Program.

Humans Are Officially Greening the Earth. Is That a Good Thing?

There are 10 comments on Humans Are Officially Greening the Earth. Is That a Good Thing?

Humans Are Officially Greening the Earth. Is That a Good Thing?
10
share this