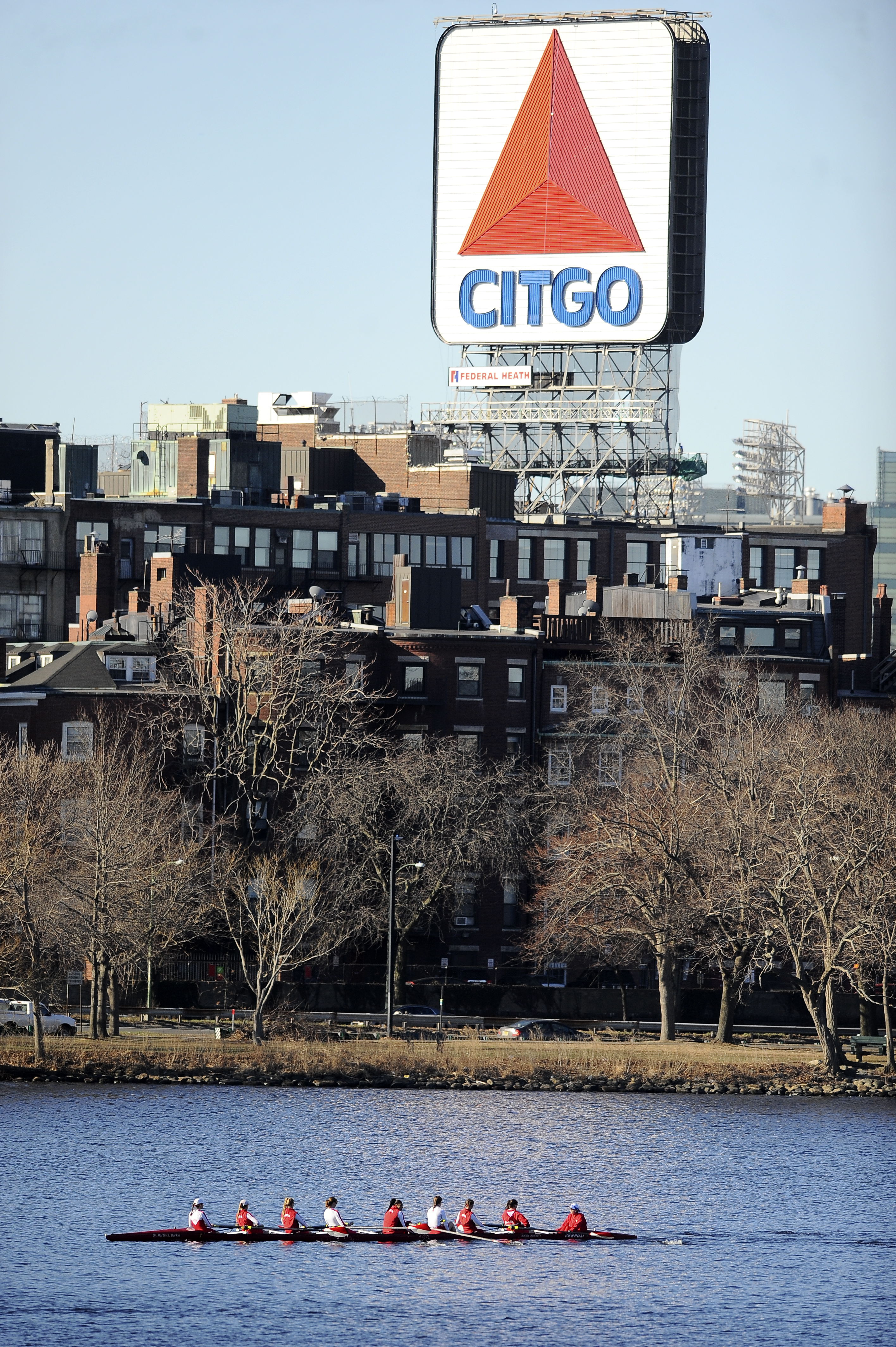 The BU women’s rowing team finished third in the Patriot League last season and 19th among collegiate teams at last year’s Head of the Charles. Photos by BU Athletics

Head of the Charles

Head of the Charles Regatta This Weekend

More than 11,000 athletes expected to compete in one of rowing’s biggest events

With peak foliage season here, it’s time for another annual fall rite of passage in Boston: this weekend’s Head of the Charles Regatta. Arguably the most famous rowing event in the country, this year’s regatta is expected to draw more than 11,000 rowers and crowds of several hundred thousand to the banks of the Charles River.

And although it doesn’t hold any weight in the collegiate rowing season, it’s one of the most important events of the year for BU’s men’s, women’s, and women’s lightweight rowing teams, who will be seeking to defend their home course against some of their biggest rivals across the country. It’s also an opportunity for the teams’ coaches to see how their rowers compare to the competition ahead of the spring season.

For those new to the Head of the Charles, it’s a head race, meaning teams race on the same course at different starting times and the team with the best time wins. Head races are more than twice the length of the traditional dual and sprints races that are held during the regular collegiate season.

The course covers approximately three miles, starting at the BU DeWolfe Boathouse (across from the BU Beach, on the Cambridge side of the Charles) and ending at the Eliot Bridge in Brighton. Rowers must navigate their boats under six bridges.

“It’s more time than sprints races and a more technical race to see where we stack up against [Stanford],” says lightweight rower Frances Hausmann (CAS’20), referring to the team’s leading rival.

“Third place wasn’t where we had hoped to finish, so we have even more desire to win on our home course this year,” Hausmann says, pointing out that for the team’s five seniors, the stakes are particularly high since it’s their last shot at an HOCR victory.

Athletes and coaches alike say that the Head of the Charles is especially exciting given the number of rowers competing in more than 60 events. Age groups range from teenagers to seniors, rowing in youth, collegiate, club, lightweight, and veteran categories. The two-day event is expected to draw as many as 300,000 fans, lining the Boston and Cambridge sides of the Charles.

“The Head of the Charles is a big event, so getting to row in front of a crowd that large is always exciting, and having the starting line at our boathouse is a big thing as well,” says Alex Perkins, a third-year men’s team assistant coach. “We get to be in front of our fans and the BU Band’s usually there and it’s pretty exciting.”

As an undergraduate, Perkins rowed for the University of Washington, which has the best men’s rowing program in the country. He won four consecutive national championships while there. His BU team will face off against his alma mater this year.

Former BU rower Alex Dillon (CAS’16), a new men’s team assistant coach, says that competing in their own backyard is a win-win situation for the team.

“There’s pride in having the first big race of the year on your home course,” Dillon says. “With that, there’s an expectation to do well and there’s an energy in the boathouse, and it’s just an incredible thing as a student-athlete.”

The women’s rowing team finished in third place in the Patriot League last year, behind Navy and Bucknell, and is out to improve on last season’s HOCR record, when they finished 19th among collegiate teams. Megan Mastrorilli (CAS’22), from Portland, Ore., worked her way into the first varsity boat last season, and says that having a chance to practice on the regatta’s unique tight and turn-heavy course should put them at an advantage as they race against some of the country’s fastest teams, which are less familiar with the course.

“We’re very lucky that our everyday practice course is the Head of the Charles course, so we do a lot of pieces on it and we’re able to practice at the location,” Mastrorilli says. “You can practice the exact terrain you’ll be racing instead of just the distance, which is unique to here.”

Head of the Charles Regatta This Weekend

Head of the Charles Regatta This Weekend
0
share this