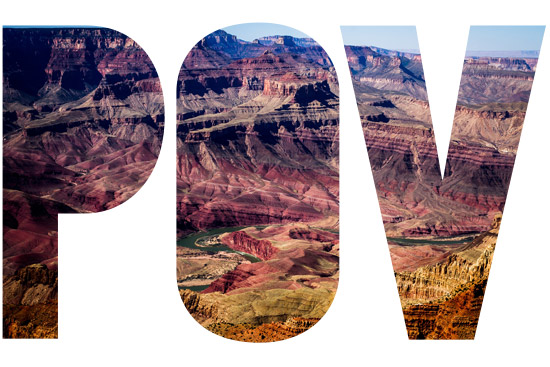 Photo by Quinn Nietfeld on Unsplash

To appreciate the breathtaking beauty and sheer magnitude of the Grand Canyon, however, you first must understand the history of this US National Park, which spans 18 miles across and one mile down and is home to 373 species of birds, 18 species of fish, 58 different reptiles and amphibians, and 7 endangered creatures, from snakes to snails. It is, to say the least, quite a place (which is why nearly five million people visit each year).

I first descended with geology students into the Grand Canyon in 1978. It is an ancient and an amazing destination. Many native Americans lived there for centuries. The first may have been the ancestral Puebloans, who were certainly there and elsewhere in the region 3,000 or more years ago. Eventually, this led to the emergence of the Yuman, Havasupai, Hualapai, and Hopi tribes and later the Paiutes and Navajos.

The first Europeans to visit the canyon were Captain García López de Cárdenas and his Spanish soldiers in 1540, looking for gold with Hopi guides. There were no other visits by Europeans for 200 years. In the 1770s, there were other Spanish expeditions, and these were followed by American expeditions in the 1800s.

In 1869, Major John Wesley Powell, a one-armed Civil War veteran, who was also a geologist, like me, traveled there by boat from Wyoming. He is believed to be the first to refer to it as the Grand Canyon. He also noted the huge section of Paleozoic strata that occupies much of the canyon and the ancient rocks that lie below. That boundary, with younger rocks above and ancient rocks below, is an erosional one. It is found worldwide. Of course, Powell did not know this at the time. He named it the Great Unconformity.

Sedimentary rocks are deposited in sequence on top of each other. At times, uplift happens, sedimentation ends, and erosion begins. An unconformity is a boundary between younger sediments above and whatever was exposed below by erosion, which could be older sedimentary rocks or really old igneous and metamorphic rocks.

The sedimentary rocks of the Grand Canyon reveal the history of life on Earth. The oldest rocks, all Precambrian, have few fossils, but include stromatolites, which are limestone rocks with fossil bacteria. They are not common. Life was rare. It wasn’t until about 560 million years ago, the beginning of the Cambrian era, that life flourished for the first time, all in the oceans. Trilobites, brachiopods, sponges, and corals all appeared. These fossils all occur in the Grand Canyon. Younger strata, including those of Devonian age, have animals with backbones, fish among them.

At that time, there was still no life on land. Our planet is 4.6 billion years old, but life started to move onto land only 400 million years ago: first plants, including ferns, then trees, amphibians, and later, reptiles. Again, the Grand Canyon reveals this great history in its Mississippian Supai Formation, with footprints and petrified bones of amphibians and reptiles. Land plant fossils, such as ferns and trees, are common. Higher strata, reaching into Permian, bear fossils of winged insects and cone-bearing plants.

Why Earth did not have life on land earlier is a viable question. The planet is protected by two very different spheres, the ozone layer in the stratosphere that filters out most of the UV radiation from the sun, and the magnetosphere, derived from our Earth’s molten iron outer core from which are formed the North and South Poles, which deflects highly charged ions or plasma from the sun. These protective spheres simply may have not been in existence sufficiently until late Paleozoic time.

The Great Unconformity is an interesting part of the Grand Canyon, as it is also found worldwide. It means either there was no sedimentation for a long time or there was extensive erosion of sediments during that hiatus of time. It was likely both. In the Grand Canyon, Cambrian strata at about 560 million years commonly rest on Precambrian gneisses and granites with ages near 1.8 billion years, nearly 1.3 billion years of lost history. There are some older strata, dated at 1.2 billion to 700 million years, but they are mostly gone, having been eroded away.

What could have caused the Great Unconformity? It was a time of the breakup of an earlier supercontinent, Rodinia, which would have increased stream erosion to new oceans. Perhaps more important was an ice age or two.

So if you’re fortunate enough to one day visit the Grand Canyon, and you want to surprise people with a little bit of trivia as you take in one of the world’s magnificent creations, just call it the Great Unconformity. Some people might even turn their gaze away from the beauty and ask you to explain. There were two ice age snowball events that coincide in time with the erosional epoch of the Great Unconformity, when the entire Earth may have been covered, or mostly covered, in ice. Under ice, there is minimal deposition, but plenty of erosion.

J. Lawford Anderson is a College of Arts & Sciences professor of earth and environment. He can be reached at lawford@bu.edu.

POV: Grand Canyon Celebrates 100th Anniversary as a US National Park
0
share this