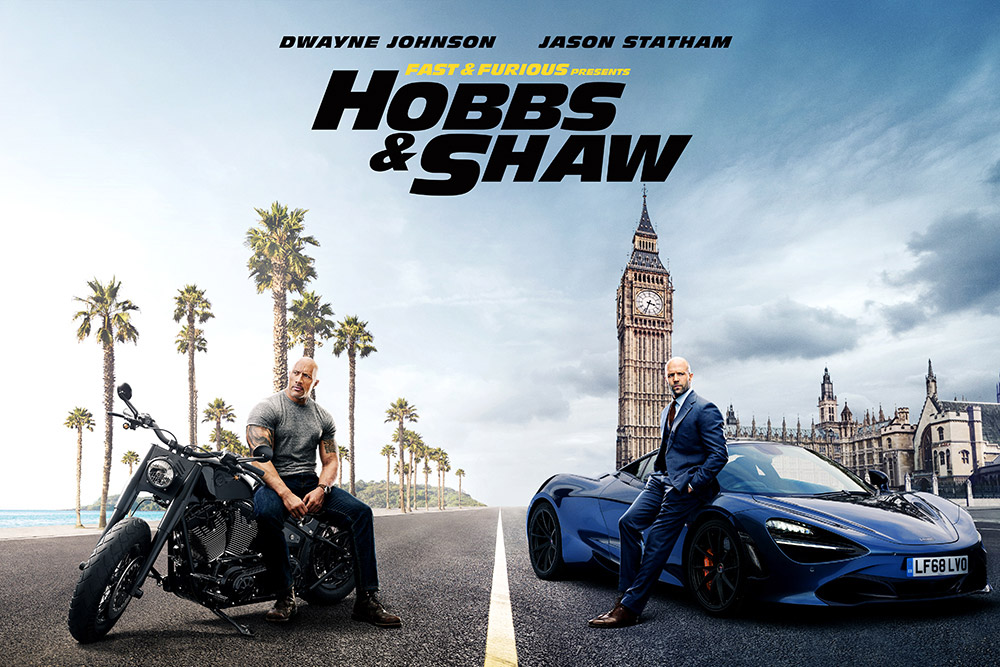 Expect a lot of explosions—Hobbs & Shaw had a $200 million budget. Poster courtesy of Universal Pictures

Check Out the Winner of Our Hobbs & Shaw Trivia Contest

The lucky person scoring free tickets to a screening tonight is…

Tonight Dwayne Johnson’s Luke Hobbs and Jason Statham’s Deckard Shaw have the fate of the world resting on their shoulders. To mark the release of the Fast and the Furious series’ first spin-off, Hobbs & Shaw, we posted a trivia contest this morning. When it ended at 1 pm, the names of everyone who had answered all the questions correctly were entered in a drawing for two free tickets to a screening tonight, Friday, August 2, at 7 pm, at AMC Boston Common 19.

1. In the second trailer for Hobbs & Shaw, Idris Elba’s villainous character, Brixton Lore, likens himself to a popular superhero. What does he proudly say to Hobbs and Shaw?

2. Following Paul Walker’s tragic death prior to the completion of Furious 7, who helped complete Brian O’Conner’s role in the film?

His brothers, Caleb and Cody Walker

3. In a post-credits scene following Fast & Furious 6, it is revealed that Deckard Shaw killed which fan-favorite character during the events of The Fast and the Furious: Tokyo Drift?

4. The climax of Fast & Furious 6 takes place on an airport runway as a cargo plane attempts to take off. The scene sees the plane moving at high speeds on the runway for 13 minutes. A BBC article estimated that the runway would need to be 18.37 miles long for the physics to actually work. How long is the Qamdo Bamda Airport runway in China, considered to be the longest runway in the world?

5. While in early development for The Fast and the Furious, which famous rapper was on a shortlist of people considered for the role of Paul Walker’s character, Brian O’Conner?

6. Action star Jason Statham, who portrays Deckard Shaw in the Fast franchise, got his start in the movie business working with which prominent director?

7. Prior to making his transition into the world of acting, Dwayne Johnson, who portrays Luke Hobbs in the Fast franchise, came to fame through his career in the WWE. What was his catchphrase?

“If you smell what The Rock is cookin’!”

8. Vanessa Kirby, who portrays Shaw’s sister Hattie, played which member of the British royal family in the Netflix hit series The Crown?

9. Idris Elba, who portrays Brixton Lore, has been nominated for a Primetime Emmy Award four times and has won a Golden Globe for his involvement on which British TV show?

Check Out the Winner of Our Hobbs & Shaw Trivia Contest