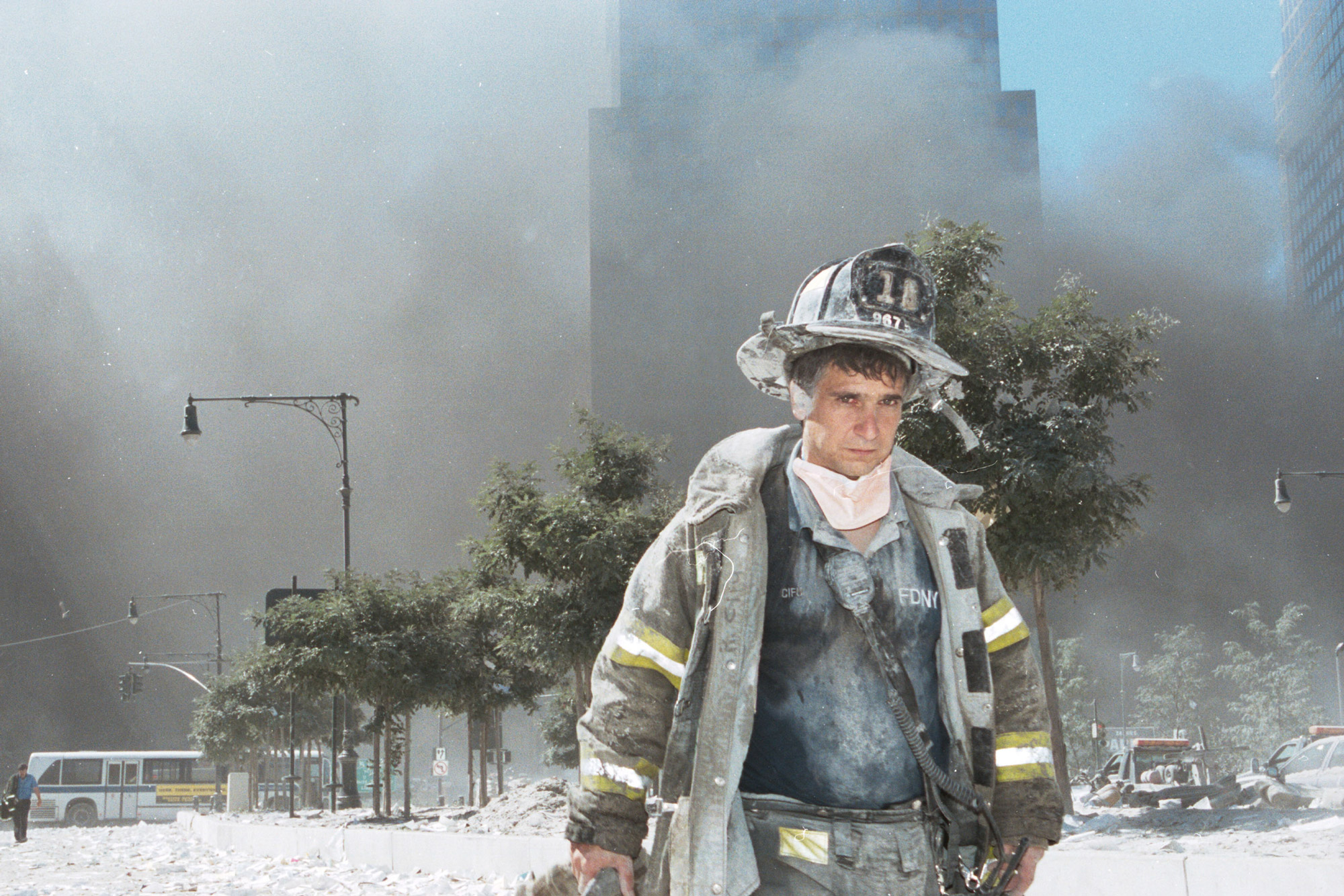 The cleanup after the 9/11 attack in New York sickened 10,000 emergency responders, the subject of a School of Law alum’s new book. Photo by Anthony Correia/Getty Images

The 9/11 al-Qaeda attacks stirred the United States and its allies to respond with a “war on terror” that continues to play out today. Al-Qaeda launched another lethal, but less visible, attack that day—on the emergency responders who worked at Ground Zero in New York City for the better part of a year after the September 2001 disaster. Rooting in toxic dust and debris at the graveyard of the World Trade Center, many developed cancers, respiratory diseases, trauma, and other ailments.

But medical studies couldn’t definitively tie the physical illnesses to Ground Zero; some of the cancers, for example, were not known to arise so soon after toxic exposure. Rudolph Giuliani, then mayor of New York City, and Environmental Protection Agency head Christine Todd Whitman pronounced the area safe.

“As far as the City of New York and many members of the medical and scientific community were concerned, there was no connection and no proof,” writes William Groner (LAW’80) in 9/12: The Epic Battle of the Ground Zero Responders (Potomac Books, 2019). The book, coauthored with journalist Tom Teicholz, recounts the nine-year legal and legislative battles culminating in 2011 in more than $800 million in compensation for the sickened responders.

Groner is the Groner in Worby Groner Edelman Napoli Bern (WGENB), a joint venture among several law firms representing more than 10,000 first responders—police, firefighters, construction workers, EMTs and nurses, and others. Bostonia talked with Groner about his experience and his new book.

Bostonia: We meet incredible first responders in your book. Picking one, Gary Acker, can you recap his story?

Gary was head of AT&T’s Network Disaster Recovery Team. On 9/11, he and his team raced to Ground Zero, overcoming bridge and tunnel closings, to arrive at midnight to help restore phone service to Lower Manhattan. Their first priority was to restore police communications; then they worked at manning phone lines across from the pile. Gary had about a dozen members of his team going all night, and he personally worked on the cleanup through July 2002.

At first, Gary’s doctors thought he merely was suffering from “World Trade Center cough,” but he was sick for most of the next year. He complained about a pain in his side that he thought might be just another kidney stone. In 2005, he was diagnosed with multiple myeloma. By that time, it was advanced and had spread to his bones, requiring daily chemotherapy treatments. Following chemo, he needed to undergo a stem cell transplant, and it took its toll. The [compensation] settlement came too late. In 2012, Gary, age 59, passed away at Robert Wood Johnson University Hospital with Alison, his wife of 39 years, at his side.

Talk about the settlement’s pros and cons.

Valuing someone’s pain and suffering, and translating that into compensation, is wholly subjective. I didn’t feel the settlement was even remotely enough. Mild asthma was awarded around $80,000. I would have loved to argue before a jury that such an injury was worth 5 to 10 times that. However, after almost a decade of litigation, with no real ability of the court system to handle 10,000 trials, and given the incredibly complicated burden of causation issues we faced with no certainty of success, it was unrealistic to seek maximum compensation. What we needed to do was to get the best settlement we could, and I think that that is what we achieved. My clients, even more critically, got closure.

Do you believe New York City’s government learned anything from its mistakes that led to the settlement?

I am not aware that they did, but I believe strongly that they, other municipalities, and governments, must learn deeply from this. We need a disaster preparedness team that is expert in dealing with environmental toxic disasters such as 9/11. Incredibly, Giuliani waved off the federal government from leading the effort, yet he was wholly unprepared for a disaster of 9/11’s magnitude. I think because the federal government has the best resources, it is beyond discussion that they need to be the lead in any similar disasters in the future.

Secondly, the respiratory protection was wholly inadequate to handle the Ground Zero dust. This needs to be addressed. Thirdly, we should have a fund-type compensation system in the future, so that our heroes who sacrifice themselves don’t have to become litigants to get the compensation they deserve.

What are your feelings today towards the officials who fought a settlement for so long?

As a taxpayer, I understand the city was concerned about settling the matter and being exposed to an untold number of future lawsuits that could have a detrimental impact on finances. But as someone representing the interests of 10,000 heroes who sacrificed themselves for city, state, and country, I was and still am absolutely outraged as to how they were treated by the city and its contractors and how intensely they fought to dismiss the cases. [They] spent over $200 million in legal fees to attempt to defeat our clients’ cases and have them thrown out of court.

Is there any reform the legal system could make so that such cases in the future would be handled equitably?

This is a one-of-a-kind situation. But we could have another situation where there are scores of injuries suffered by individuals that would have to be handled better. There is a myriad of things that could be done, such as grouping similar cases together and trying them simultaneously, or adopting other creative mass resolution techniques. Or better, we should simply develop a fund to distribute, so our heroes don’t have to become litigants to get what is owed to them.

Can you describe the toll that the case took on you personally in terms of consuming your time and your life? What did you have to give up or miss to represent the first responders?

I felt I had no choice but to remove myself from my usual life and dedicate myself 24/7 to the task. I stopped handling any other case, brought in my partner to take over my managing partner responsibilities, removed myself from various community positions, and even stopped commuting, which saved an hour a day of travel. For almost 10 years, I worked on the case, often from home, as my partners and I had staff, sometimes in excess of 100 people, who worked from multiple locations across the country.

This was a labor of love. While handling the case was pretty surreal, I felt honored to have this responsibility. To get justice for folks who were heroes—well, lawyers dream of being able to do that type of good.