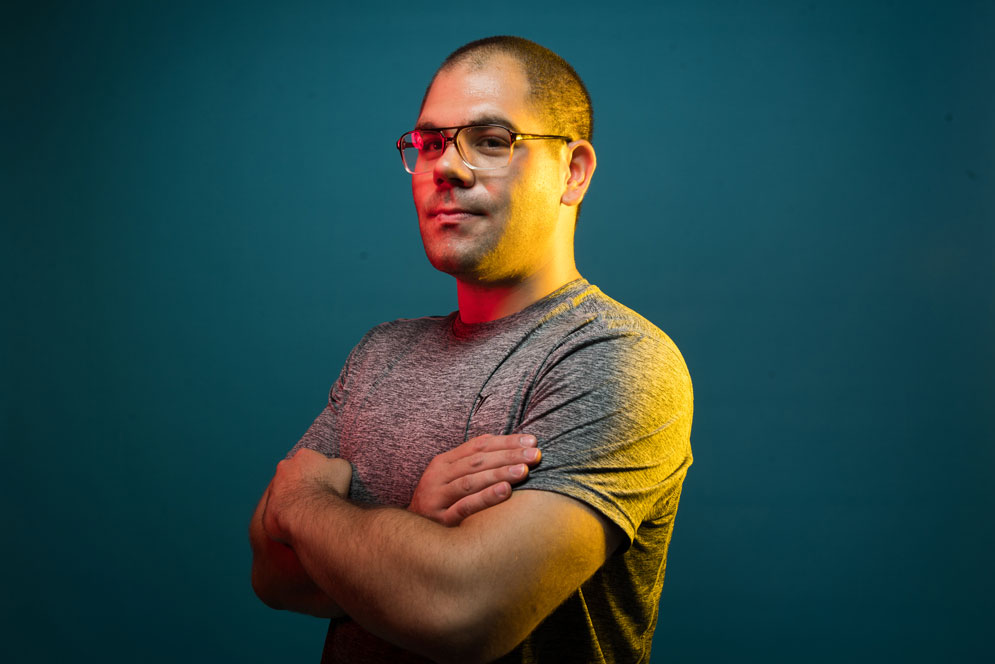 Class by class, lecture by lecture, question asked by question answered, an education is built. This is one of a series of visits to one class, on one day, in search of those building blocks at BU . . . . .

On a recent late afternoon, 17 students were eagerly sitting behind their computer screens, anxious to jump into a conversation about the motivations behind the actions of Tony Stark, one of the lead characters in the 2016 hit Marvel film Captain America: Civil War. They were enrolled in an online introductory film class offered by the College of Communication, Super Heroes in Film.

“Tony Stark is a bit of a reactionary character, in my opinion,” says Manjot Chhabra (CAS’19). “He only ever takes action when something happens to him. It’s in a similar vein to white guilt: when you feel guilty about something is when you actually try to change it.”

The conversation, led by instructor Frankie Vanaria (GRS’20), a film scholar and PhD student in BU’s American and New England Studies program, ricocheted between the virtues and drawbacks of decisions made by Stark/Iron Man (played by Robert Downey, Jr.) and the film’s other lead protagonist, Steve Rogers/Captain America (played by Chris Evans).

The course focuses on films from the Marvel Cinematic Universe. Throughout the semester, students explore the thematic and aesthetic aspects that have made superhero films so popular and learn basic film studies terminology in order to understand the way filmmakers create meaning using specific cinematic techniques.

The class also explores how the genre has changed over the decades.

“The superhero genre has taken off since 2001 with the first Spiderman and progressively more and more studios have invested into them until we are where we are, almost twenty years later,” says Vanaria. “In their early phases [these films were] associated with just entertainment or just popcorn action movies, [but newer films] like Black Panther engage with political questions. It’s interesting to me to see how these movies track with historical moments.”

Case in point: Captain America: Civil War. The third installment in Marvel Studios’ Captain America saga, the film depicts a fracturing among the famed Avengers. Here, the team—composed of Marvel Cinematic Universe favorites like Iron Man, Captain America, and Black Widow—find themselves divided after being told that a United Nations panel will now oversee them. Captain America (Chris Evans), a genetically modified WWII–era solider, refuses to sign the agreement and fights instead for his right to autonomy, while Iron Man leads the faction in favor of regulation. 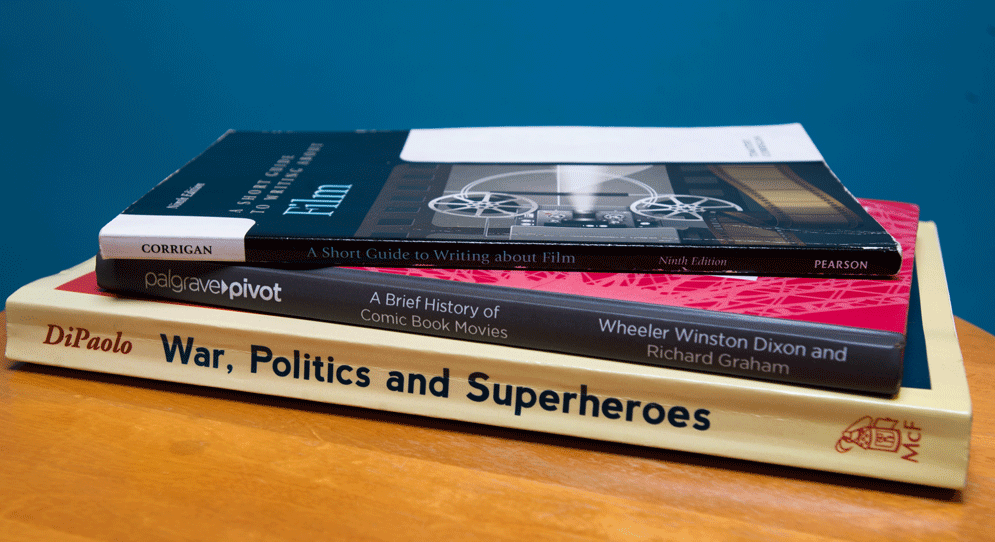 On this day, students were comparing Tony Stark and Steve Rogers and discussing how they reflect the current political divide in the United States. Later that week, they would turn their attention to one of Marvel’s newest blockbusters, Black Panther, starring Chadwick Boseman as T’Challa/Black Panther, the new king of Africa’s secret technologically advanced nation, Wakanda. That film, which has grossed well over $1 billion since its February release, addresses questions of diasporic identity.

In addition to watching the film, the students were reading a series of related essays, including “The Provocation and Power of Black Panther” by Vann R. Newkirk II and “‘Black Panther’ Is Not the Movie We Deserve,” by Christopher LeBron, in preparation for a discussion about the film’s representation of blackness.

Other films covered in the class include Thor, Iron Man, X-Men First Class, The Avengers, and The Guardians of the Galaxy. In addition to watching the films, students read lectures prepared by Vanaria, critical reviews, and take part in Blackboard forum discussions and twice-weekly online “live classroom” sessions. For a final project, the students create a short film of their own. They pick a scene from one of the Marvel films they’ve screened in class and “give it a self-reflexive twist, where they have a character break the fourth wall and address the audience, include very clear references to other movies, etc.,” says Vanaria. “The idea is to let them have some fun reimagining a more straightforward film while thinking about why a filmmaker would want to make their audience more aware that they’re watching a movie.

“When I originally was approached to design a class like this, we tossed around a few ideas, different genres like sci-fi or horror, things like that,” says Vanaria, who initially designed the course for BU’s Distance Learning program two years ago (it’s been offered through COM the last two summers and is open not only to BU students but students from other schools). “Superheroes were the logical choice,” he says, citing the genre’s popularity.

Another benefit of the course is the unique opportunity it gives students to think academically about a genre many filmgoers dismiss as mass entertainment. “The overall reaction I get is that students are happy that they have a space to take these films seriously,” says Vanaria. “For some students, it’s a nice space to have: they’re not made to feel like there’s something wrong with them for finding these movies resonant.”

There is 1 comment on A Scholarly Take on Superheroes

A Scholarly Take on Superheroes
One Class, One Day
1
share this