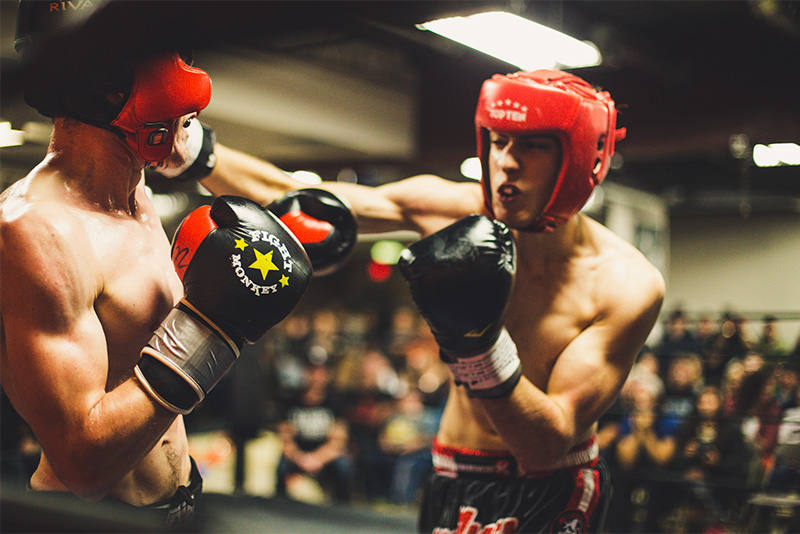 The number of years that an athlete participated in contact sports, including football, ice hockey, and boxing, was associated with the development of Lewy body disease, according to researchers at VA Boston Healthcare System and Boston University School of Medicine. Photo by Hermes Rivera on Unsplash

Athletes who play contact sports associated with repetitive head impacts, such as football and ice hockey, may be at increased risk for Lewy body disease, which can cause Parkinson’s, a brain disorder that leads to impaired movement and thinking, according to a new study by researchers at the VA Boston Healthcare System and Boston University School of Medicine (MED).

The new findings come amid mounting evidence that repetitive head impacts from contact sports and other exposures are associated with the neurodegenerative disease chronic traumatic encephalopathy (CTE) and dementia.

Since CTE was first described in “punch drunk” boxers in the 1920s, scientists have hypothesized that the motor symptoms that appear in a minority of CTE cases, including tremors, slowness, and difficulty walking, were caused by CTE pathology.

But the new study, published today in the Journal of Neuropathology and Experimental Neurology, suggests that those motor symptoms are instead caused by a separate disease, now also linked to contact sports participation, called Lewy body disease (LBD). LBD, which can lead to what is known as Lewy body dementia as well as Parkinson’s disease, is associated with problems with movement, cognition, depression, sleep, and visual hallucinations. This newfound relationship between contact sports and LBD appears to be independent of CTE pathology.

“We found the number of years an individual was exposed to contact sports, including football, ice hockey, and boxing, was associated with the development of neocortical LBD, and LBD, in turn, was associated with parkinsonism and dementia,” explained the study’s corresponding author, Thor Stein, a physician and neuropathologist at VA Boston Healthcare System and assistant professor of pathology and laboratory medicine at MED.

The total number of years of contact sports play were linked to an increased risk of having LBD in the cortex of the brain. Those who played more than eight years of contact sports had the greatest risk of LBD, which was six times higher than those who played eight years or less. Clinically, athletes with both CTE and LBD were significantly more likely to have dementia and the symptoms of Parkinson’s disease than those with CTE pathology alone.

The researchers have previously shown that other brain changes are correlated with the total years of contact sports play. In earlier studies, the number of years of tackle football participation was found to predict the severity of tau pathology in the dorsolateral frontal cortex as well as the stage of CTE. Additionally, individuals with a history of repetitive head impacts and neuropathological diagnosis of CTE accumulate beta-amyloid at a younger age and at an accelerated rate compared to control subjects. The new study builds upon previous research from other groups showing an association between concussion/traumatic brain injury and Parkinson’s disease.

The new study advances our understanding of the consequences of repetitive head impacts in contact sports on the development of clinical symptoms and the pathology that underlies them, the researchers say. They add that further work is needed to better define the risks associated with repetitive head impacts and neurodegeneration.