This is the video caption.

University leaders, researchers, and donor Rajen Kilachand talk about the importance of philanthropy and the promise of the interdisciplinary research that will be conducted at the Rajen Kilachand Center for Integrated Life Sciences & Engineering. Video by Alan Wong. Photo by Conor Doherty

When Rajen Kilachand came to Boston University in September 1971, he was impressed by the quality of US higher education. He was equally impressed, he recalls, by how much that quality appeared to depend on gifts from wealthy donors. “Whether it was the Mellons, the Carnegies, or the Rockefellers, it was giving for education,” says Kilachand (Questrom’74, Hon.’14). “That’s why today the United States is one of the great centers of higher learning. It is second to none in the world.”

Four-and-a-half decades later, with his latest gift to Boston University, a $115 million commitment to research at the intersection of the life sciences and engineering, Kilachand approaches the ranks of those historic architects of higher education. His contribution, the largest in the history of Boston University, directs $15 million to support construction of the new Rajen Kilachand Center for Integrated Life Sciences & Engineering and $100 million to establish an endowment known as the Rajen Kilachand Fund for Integrated Life Sciences and Engineering. That fund will serve as a foundation for BU’s continuing investment in interdisciplinary research that joins the life sciences and engineering, and will support research projects aligned with the grand challenges of life sciences and human health research and its impact on our global society.

This gift from Kilachand, a BU trustee, is not the first incidence of his generosity to the University. In 2011, he pledged $25 million to establish the Arvind and Chandan Nandlal Kilachand Honors College, which has a current student population of 407. One year later, he increased that commitment by $10 million for a face-lift of Kilachand Hall, the 91 Bay State Road student residence formerly known as Shelton Hall. Those gifts, plus his latest, collectively constitute one of the 50 largest gifts to higher education ever in the United States.

“This magnificent new gift from Rajen Kilachand is the capstone of our efforts to generate philanthropic support for the University,” says BU President Robert A. Brown. “A center like the Kilachand Center and the resources from the fund will have enormous impact, because they fund the very best people, who have the very best ideas and create the very best outcomes. That is what has built the greatness of a lot of the private research universities in the United States. It’s a very strong differentiator. This is the largest gift in our history, and the important thing is that it’s the largest gift to scientific research in our history, by far.”

“A center like the Kilachand Center and the resources from the fund will have enormous impact, because they fund the very best people, who have the very best ideas and create the very best outcomes.” —Robert A. Brown

Brown says the Rajen Kilachand Fund has the potential to help the University garner additional funding from the federal government and from industry. “It is my hope that this fund will help us continually generate leadership in important research areas,” he says.

Robert A. Knox (CAS’74, Questrom’75, Hon.’17), a BU trustee for 20 years and chair of the Board of Trustees for 8, describes Kilachand as a force of nature. “We first met him, I think, in 2010,” says Knox, “and since then his engagement and support of the University has been remarkable. So to have Rajen step forward and become by far the largest donor to Boston University is truly an amazing endorsement of the University, and it’s an amazing gift from a person who is exuberant, smart, thoughtful, and really loves—loves—BU.”

It was at BU that Kilachand first understood the influence of philanthropy on higher education. That understanding, he says, combined with his family’s deep, four-generation tradition of giving, has guided a lifelong personal mission of good works.

At the heart of that mission, he says, lies a conviction of the karmic obligation of a human soul to participate morally and ethically on the path of duty that brings wellness to humanity. In fact, Kilachand senses a karmic connection between his family’s past and his present. His great-grandfather Kilachand Devchand, who became wealthy trading in oil seeds and cotton in Bombay in the 1880s, dealt extensively with the Lawrence family, prominent New England industrialists who built the textile mills of Lawrence, Mass., and—coincidentally—the Gothic Revival Brookline mansion now known as Sloane House, which is the home of the BU president.

It was that same great-grandfather who began the family’s philanthropy, building a clean water system in his childhood village. That system, in turn, was improved upon by his eldest son, Chottalal Kilachand, who also brought electricity to the village and built its first hospital and then a second hospital—for the camels, dogs, donkeys, and other animals that were commonly used for transport.

“He was one of the great philanthropists of his time,” says Kilachand. “He gave practically his entire fortune to the village from which his ancestors came. This was an example handed down generation to generation of what philanthropy was about—it was our duty in life to support those less fortunate than ourselves. And that tradition has continued. I would like to think that it’s almost part of our genes now.” 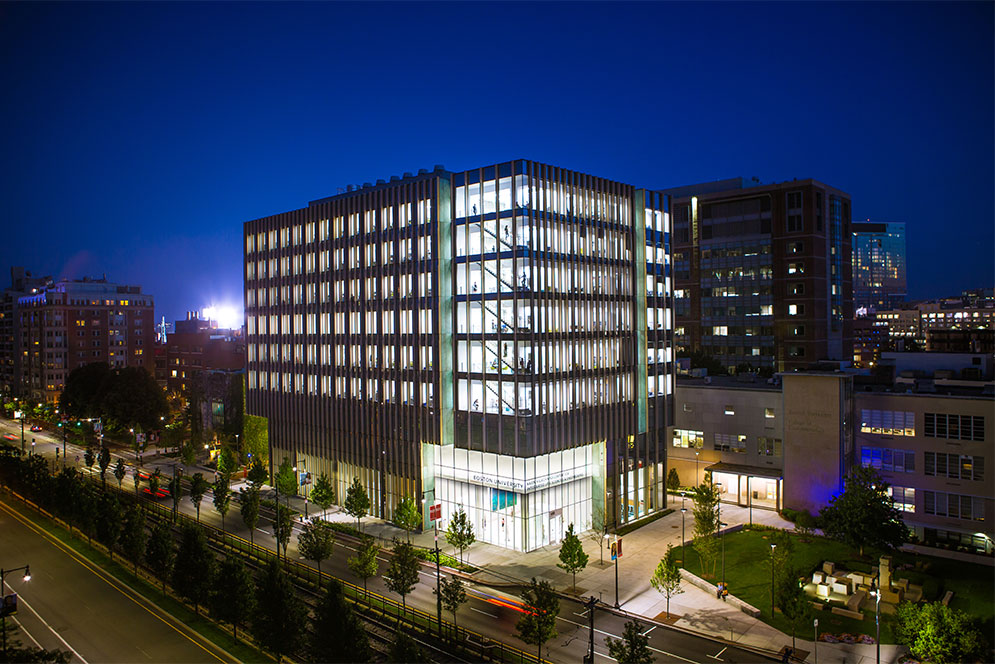 “Unless you dream about it, it’s not going to happen”

He became head of his family’s development company, the Dodsal Group, in 1982—and methodically expanded the company into a global player in mining, construction, manufacturing, and trading. When he moved the company to Dubai in 2004, he says, he decided it was time “to do philanthropy on a much larger scale.”

And he has done that. In addition to his record gifts to BU, Kilachand has given more than $35 million to health, education, and cultural causes in the United Arab Emirates, Africa, and India. He is the largest contributor to the first medical research institute in the UAE, the Al Jalila Foundation, and a regular contributor to the Sheikh Rashid Centre for the Disabled. He supports a Dubai Police Force program that encourages youth to participate in sports, and he is the sponsor of the Kilachand Theatre at Ductac, which anyone in the UAE can rent at minimum cost for events related to arts and culture. Kilachand has built clinics, hospitals, and facilities for the handicapped in India, and several primary schools in Africa. He is also a major supporter of the New Orleans Jazz and Heritage Festival, and his love of the arts (his were the winning bids for guitars owned by Carlos Santana and Mark Knopfler) has led to generous sponsorship of community theaters and arts and cultural festivals, including Gujarat’s annual kite festival, which he hosts in honor of his family’s love of the sport and also participates in.

Kilachand says his support for BU, which began six years ago with his $25 million gift, was inspired by a meeting with Brown, and, more fundamentally, by the influence of his mother, who instilled in him an appreciation for the humanities, particularly art and history.

“I give to BU and to education in the United States because I am a firm believer that there is not a country like the United States for higher education and research,” he says. “No place does it with such integrity and honesty. I really believe that in the coming century, leaders at all levels of society and leaders in every field must have a very strong sense of the importance of ensuring that some seven billion people have an opportunity to have a good education and quality health care. Maybe I’m asking for utopia, but unless you at least dream about it, it’s not going to happen. It’s not even going to get close.”

A gift like this “allows research to grow and perpetuate Boston University as one of the great research universities, not just in the United States, but also in the world.” —Kenneth J. Feld

Knox, who is also a generous benefactor of BU, shares the conviction. In his view, philanthropy like Kilachand’s is more important today than it has ever been. “For the past several years, there have been cuts in the research grants that come from the National Institutes of Health,” he says. “So it’s critical, it’s absolutely critical, that universities have support from private philanthropy to take up that slack that’s been created by government cutbacks. This tremendous commitment to the University by Rajen Kilachand will help us to make sure we are staying in the forefront of research.”

Kenneth J. Feld (Questrom’70), current chair of the BU Board of Trustees and also chair of the $1.5 billion Campaign for Boston University, says Kilachand’s recent gift is an “astounding gesture.”

“It means so much to the campaign and to Boston University,” says Feld, another of the University’s leading donors. “The most important results of the campaign are what it does for research, what it does for student aid, and what it does to bring professorships. It allows us to get the best people in the world to teach all those young people. It allows research to grow and perpetuate Boston University as one of the great research universities, not just in the United States, but also in the world.”

“The reputation of a great research university comes from the output of our faculty and students in research and scholarship,” says Brown. “Great universities are about the people, and the people are about the infrastructure you can supply and the environment you can give them to succeed. The Kilachand Center, in this area of life sciences and engineering, gives us the resources to attract those people and give them the resources to make an impact on the world.”

Kilachand says he is doing what his family has done for generations, but now with more urgency than ever. “Historically, the leaders of mankind went out and conquered for territory or for riches or for power or for ego,” he says. “The leaders of tomorrow have to go out and conquer for the environment and for health care and for education for seven billion people. And even if they do do it for ego, that’s OK.”