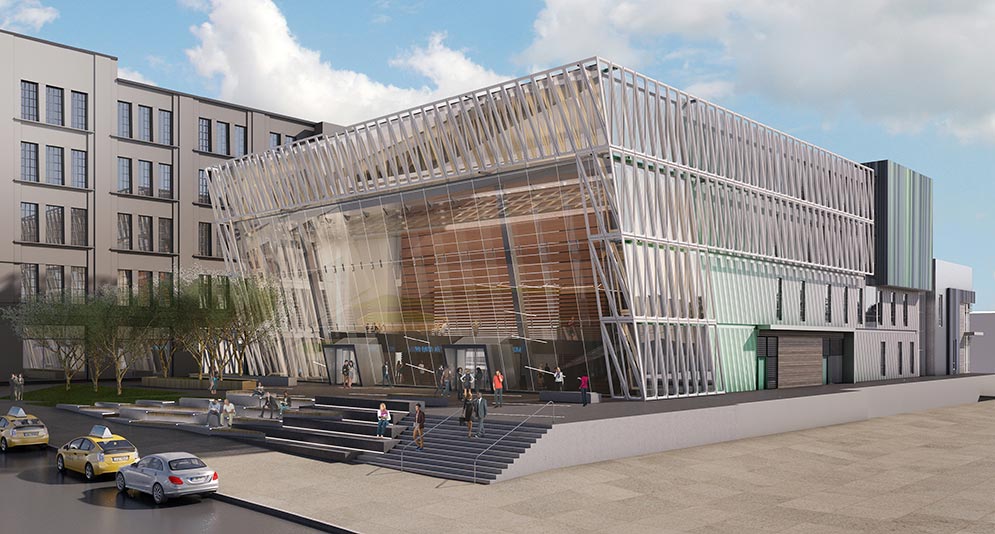 Thanks in part to a $10 million naming gift from BU trustee Steve Zide (LAW’86), the new 75,000-square-foot theater complex rising next to 808 Comm Ave will be named the Joan and Edgar Booth Theatre, a tribute to Zide’s theater-loving wife, Janet Zide, and her parents.

When leading global financier and self-described sports zealot Steve Zide stepped up with a $10 million naming gift for the BU theater complex under construction on the Charles River Campus, he suspected the decision might surprise a few people. A theater? But as BU trustee Zide tells it, the gift is a fitting and poetic tribute to his theater-loving wife, Janet Zide, and his in-laws, who brought the joy of stage performance into his life and the lives of the Zides’ four children.

Rising from a former parking lot at the edge of 808 Comm Ave in what will eventually be an arts campus within West Campus, the theater will bear the names of Janet Zide’s parents: the Joan and Edgar Booth Theatre. Edgar Booth passed away recently, but Zide’s mother-in-law, Joan Booth, remains an active patron of the arts and a Broadway aficionado, says Zide (LAW’86).

“It’s not an area that I would normally have thought of, but it struck me as the perfect thing to honor Jan’s parents and to give back in a way that’s meaningful to Jan and to me,” says Zide, senior advisor of private equity at the New York offices of international private equity and investment capital firm Bain Capital. He believes that exposure to the arts is an essential part of the mission of all great universities and in the development of full and productive members of society.

“BU is ascendant in so many disciplines since President Brown became part of the community, and we really feel that performing arts are a critical piece of a great urban university,” Zide says. “We wanted to make sure that students interested in performing arts have the opportunity to pursue their passion, the way, for example, medical, law, and business students have the facilities to pursue theirs.” 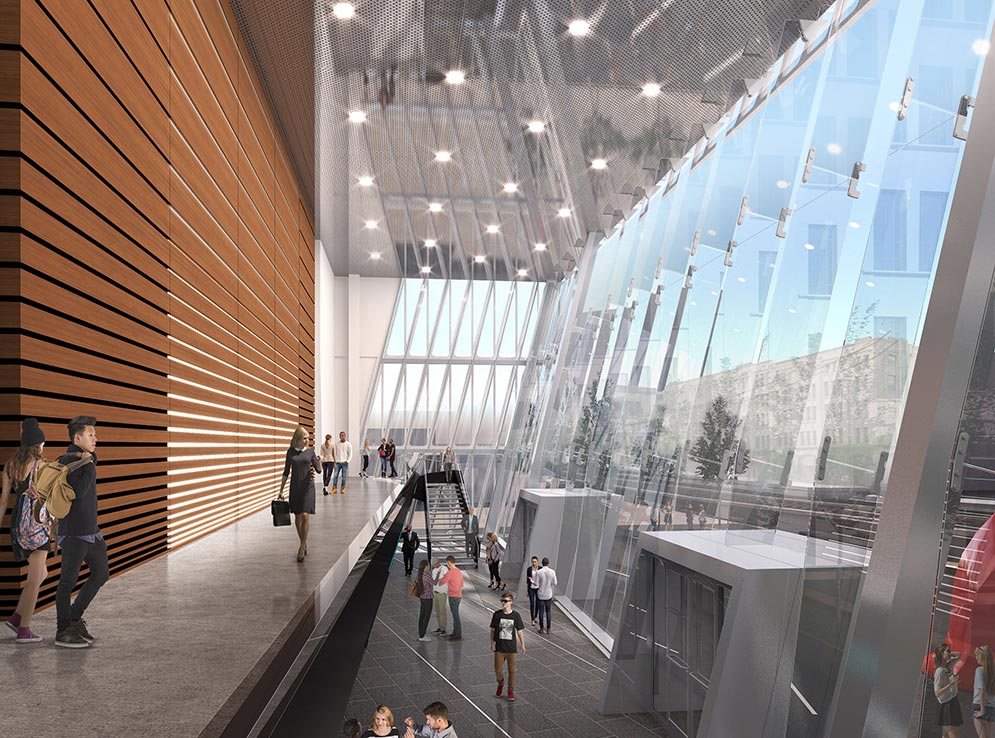 A rendering of the lobby of the Joan and Edgar Booth Theatre complex.

President Robert A. Brown says he believes that the arts should be part of every student’s experience at Boston University. “When we open the Joan and Edgar Booth Theatre, we will have at the heart of our campus a state-of-the-art theater as the centerpiece for the role that the students and faculty of the School of Theatre play in fulfilling this goal,” says Brown. “We are deeply grateful to the very generous gift from Steve and Jan Zide—honoring Jan’s parents—that made it possible for us to make this project a reality.”

Designed by the Boston architectural firm Elkus Manfredi, the 75,000-square-foot theater complex will include the 250-seat Joan and Edgar Booth Theatre, production and costume shops, design labs, classrooms, and a landscaped plaza. When the complex opens, it will be the first time in decades that College of Fine Arts performance and production students have been housed in the same dedicated location. The theater will be the centerpiece, funded in part by monies from the 2016 sale of the BU Theatre, the longtime home of the Huntington Theatre Company.

Lynne Allen, CFA dean ad interim, says the gift from the Zides highlights how important theater and the arts are to our culture. “The naming of the theater is an incredible gift to the College of Fine Arts community,” Allen says. “It is also a gift to every BU student and faculty and staff member. The theater will be accessible and central to every BU student’s life.” 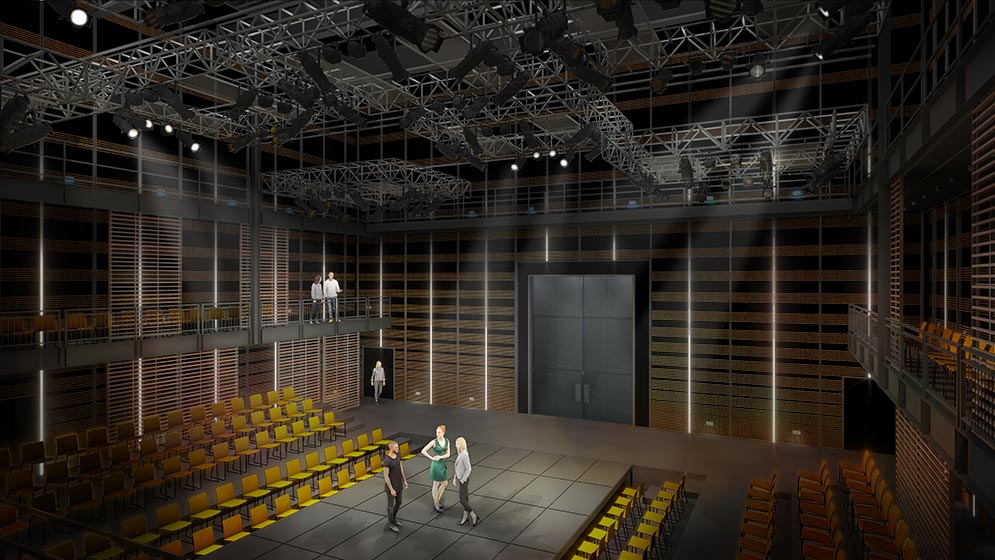 Designed by the Boston architectural firm Elkus Manfredi, the theater complex will include a 250-seat theater, as well as production and costume shops, design labs, classrooms, and a landscaped plaza.

Jim Petosa, director of the School of Theatre, hopes that a unified home for CFA’s performances and performing students at the heart of the Charles River Campus will spark cross-disciplinary collaborations and encourage more students, staff, and faculty to attend performances.

“What was most exciting about our project was participating in the design of a new purpose-built 21st-century cultural facility from the ground up,” says Petosa, who was part of a faculty team that collaborated with the architects. “We arrived at this extraordinary space that provides a performance venue that encourages innovation, teaching spaces that are appealing and a joy to inhabit, studio spaces that give students a wonderful environment in which to work, and production shop spaces that are fully dedicated to the productions we undertake.”

For Zide, the theater is not just a way of showing his appreciation for his wife’s family. It’s a way of showing his appreciation for all of those who have invested in the future of the University. “We all benefit from those who came before us who took the time and interest to make investments and commitments in the future,” he says. “We wanted to be part of that same cycle, and we’ve been very fortunate to have the ability to invest in the BU community and current and future students.”