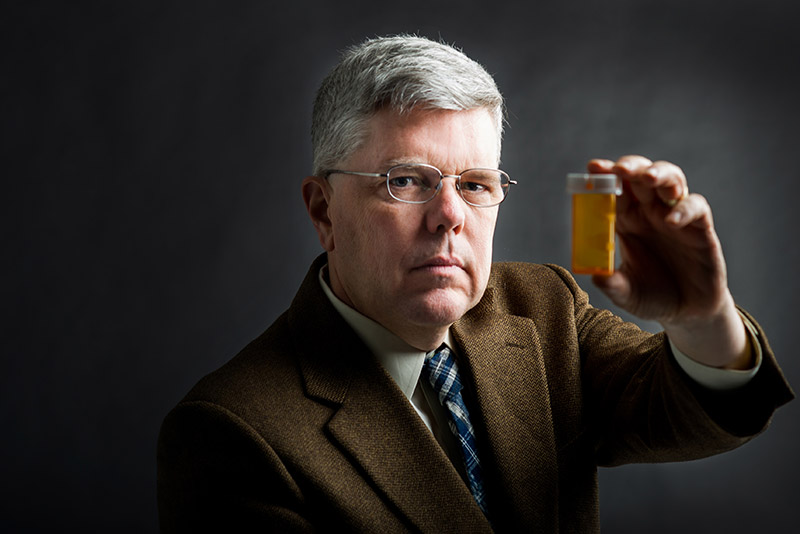 A Boston University School of Law (LAW)–based public-private partnership to spur the development of new antimicrobials awarded $24 million to 11 biotech companies and research teams in the United States and the United Kingdom on March 30, 2017, for their work on urgently needed new antibiotics and diagnostics aimed at drug-resistant superbugs. The same day, Wellcome Trust, a global charitable foundation headquartered in London, pledged $155 million over five years to BU for the partnership—called Combating Antibiotic-Resistant Bacteria Biopharmaceutical Accelerator, or CARB-X—bringing its total funding to $450 million.

Outterson, a LAW professor of law and a researcher in pharmaceutical markets, announced the 11 awardees—representing the nonprofit partnership’s first round of grants and including five Boston-area companies—at an event at the Washington office of Pew Charitable Trusts. The Wellcome Trust contribution was announced at the same event.

Forge is one of three companies getting funding from CARB-X that are working on the development of what would be new classes of antibiotics aimed at superbugs—or Gram-negative bacteria. Another four are working on novel approaches to combating superbugs. The last new class of antibiotics aimed at superbugs to make it through the regulatory process and reach consumers was developed in 1962. “If any one of those seven makes it all the way to FDA approval,” Outterson says, “they would be considered one of the most innovative things we’ve seen since 1962. Multiple groups of people are chasing new classes of antibiotics, but no one has made it to the finish line since 1962.”