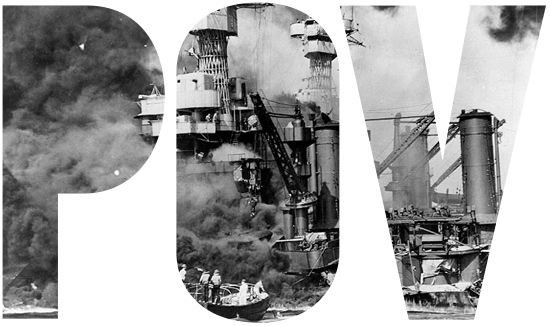 Photo courtesy of The U.S. Army

Imperial Japan’s decision to attack the US Navy forward naval base at Pearl Harbor 75 years ago today was not made in ignorance of vastly greater enemy military strength, as was once thought, but in full knowledge that US long-war capabilities were markedly superior. So why do it? For Japan’s leaders, the road to empire trodden since 1895 in Korea, then Manchuria, China, and French Indochina, was a one-way street. When President Franklin Roosevelt insisted Japan must withdraw from its overseas holdings, Tokyo could not conceive of retreat. It all came down to having severely overreached in China, then refusing to abandon gains in the face of hardening American resistance. There followed a series of progressively crippling US sanctions, ranging from scrap metal to essential minerals to oil. With no more than an 18-month oil supply in reserve for naval and other military operations, Japan’s increasingly desperate leaders chose war. Tokyo would advance, to force acceptance of its hegemony over Asia by expelling all colonial powers in a faux crusade against colonialism, undertaking serial invasions that aimed to grab those same colonies for Japan. That included pushing Americans back, out of the Philippines.

Facing a choice between war and empire, Japan’s leaders chose to start a war that was both preventable and unwinnable. They united in an astonishing conclusion, that the solution to their quagmire war in China was more war in Southeast Asia and the Pacific. They hoped to stun the Western powers into ending supply of the Guomindang (Chinese Nationalists), while also securing vital oil (and rubber and rice) needed to maintain an overstretched empire and carry on the war in China. The only way out of a maze of their own construction was to hit the United States hard and fast, to force it to accede to Japan’s regional dominance. The core conceit was a high-risk gamble that even if attacked, Americans would not want to send their sons to die in unheard-of places just to restore other peoples’ empires. Despite decades of planning for war in the Pacific, Japan’s leaders did not foresee that the United States would hurl armies and fleets of ships and planes at them in steel and fire tsunamis, that as soon as the first bombs fell on Pearl, Americans would gird for total war and resolve to take retribution and destruction all the way to Japan.

For decades the Kaigun, or Imperial Japanese Navy, planned for a decisive battle against its American foe. The idea was to lure the US Pacific Fleet west, attriting its battleships along the way with submarine and carrier attacks in progressive reduction operations, then fight a single all-out battle and win the whole war in an afternoon or a day. Admiral Isoroku Yamamoto thought war with the United States was a long-odds gamble at best, but dutifully proposed to attack right at the outset not with super battleships that were the pride and hope of the Kaigun, but with naval air power. It was a bold shift away from the old big-ships, big-guns approach in favor of the striking power of carriers. Yet his plan, too, incorporated the same desperate illusions and reliance on a single big battle, not at Pearl Harbor, but near the Philippines after his carriers reduced the US fleet to a beatable size. And so the orders went out, the Kaigun steamed south in stealth, and the air over Hawaii filled with death, desperation and war planes.

Other than the tragedy of lives lost on December 7, 1941, (2,388 Americans, 64 Japanese), Pearl Harbor almost did not matter in long-war strategic terms. The USS Arizona blew up, the USS Utah rolled over, and the Oklahoma also turtled, but other ships were repaired and returned to service. Moreover, the attack left core US strength intact since no carriers were at anchor when the planes arrived. The US Navy accelerated a shift from obsolete battleships to fast carrier strike forces and sent out submarines to isolate and strangle Japan. A rising cascade of ships, marines, army divisions, and bombers was directed to drive across the Pacific. Aroused, Americans would not be stopped by an unfinished oceanic defense perimeter, however desperately brave Japanese fought to hold it.

Japan’s elites indulged too many illusions: of winning a short war via decisive battle that instead became a long campaign of attrition, about the superiority of the Yamato race to all Japan’s growing list of enemies, of superior spiritual qualities of their fighting men that would surely overcome severe deficiencies in war matériel and combat power. Its military progressively radicalized as defeat neared, inculcating devotion to an emperor cult that at its extreme demanded fighting to the death in a way asked by no other army in Europe or Asia. Disregard for empathy or pity encouraged by radicalized imperial and military culture led straight to atrocity in well-lit places like Nanjing, Bataan, Manila, and Unit-731 and along the railway of death in Burma. Japan’s leaders had different choices available, about whether to fight and how to treat occupied peoples and captive soldiers. Instead, they waged a war sharp and cruel that brought down upon Japan a rain of fire curtaining its home islands like a descended aurora. The slaughter went on long after the fight was clearly lost. Japan’s cities disappeared under literal pillars of fire in carefully set firestorms that killed far more than the two atomic attacks, on Hiroshima and Nagasaki, while skeletal men fought to their last for the vanity of a brutalizing officer class and Empire, dug out or killed by other scared men with flamethrowers and grenades in a war without mercy. It began at Pearl Harbor, 75 years ago.

War evolves. Total war seems to have slipped back into history, ushered off the stage of policy choices by ICBMs that can deliver annihilation even of the mightiest Great Powers in under an hour. The balance of terror, of mutual nuclear destruction, abides in silos and under arctic ice in silent submarines, however little unwary publics are conscious of that fact since the end of the Cold War lessened daily awareness, but not state capabilities. Nuclear weapons are said to rob war of the power of political decision, war’s only true virtue (though not its only use). Yet, we should not assume to have seen the last big war just because the next one might turn out to be the last war ever. We walk the knife edge always between barely understood lessons of wars past and new errors waiting to be made by the current or next generation, which does not remember real war and might think it would like to try it. That, too, has happened before.

Cathal J. Nolan, a College of Arts & Sciences associate professor of history and executive director of BU’s International History Institute, can be reached at cnolan@bu.edu. His book The Allure of Battle: A History of How Wars Have Been Won and Lost (Oxford University Press), will be published in January 2017.

There are 5 comments on POV: 75 Years Later, Attack on Pearl Harbor Offers Lessons