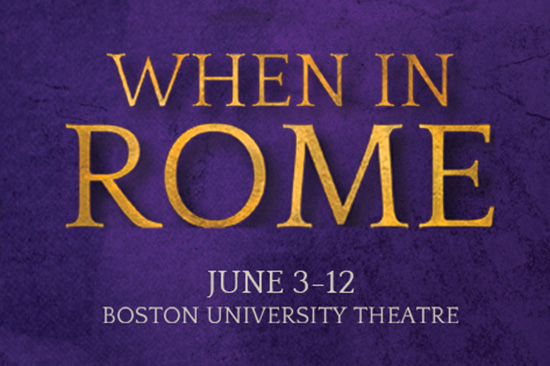 The opera, one of two being staged this season as part of the company’s third annual opera festival (a production of Christoph Willibald Gluck’s Ezio preceded Lucio Silla), tells the story of Lucio Silla, a self-proclaimed Roman dictator who lusts after Giunia, the daughter of his enemy Gaius Marius. Giunia, however, is in love with, and wed to, Cecilio, an exiled Roman senator, who is in turn loved by Silla’s sister Celia. The opera details the machinations of the unrequited lovers in their efforts to be with their respective beloveds.

Mozart was just 16 years old when he composed Lucio Silla in 1772. Giovanni de Gamerra later wrote the libretto for the three-act Italian opera. The piece is in one of the most demanding of all operatic genres, opera seria (serious opera), defined by formulaic librettos and virtuosic singing. This operatic style was especially popular throughout Europe in the 18th century.

The six-member cast includes Yeghishe Manucharyan (CFA’01) as Silla, Katy Lindhart as Giunia, and Sara Heaton (CFA’07) as Celia. Characteristic of an opera seria, there are few ensemble numbers in Lucio Silla. The opera has just one duet, one trio, and a finale piece by the entire cast and chorus.

The opera will be directed by Isabel Milenski and conducted by Odyssey Opera’s artistic and general director Gil Rose. Rose founded the Boston-based opera company in 2013 with a mission of advancing the operatic genre through innovative programming focused on lesser-known masterpieces, as well as new works and commissions.

The production runs three hours, with one intermission. The opera is sung in Italian with English translations projected on screen.