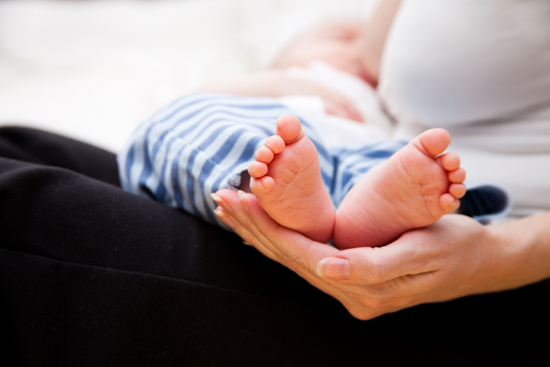 Breast-feeding babies can spare them obesity, diabetes, asthma, cancer, even colds and the flu later in life, potentially saving $13 billion annually in economic costs, according to a study in the journal Pediatrics. Yet many Americans squirm when nursing moms unbutton in public. Meanwhile, the media treat breasts as sex objects rather than sources of health, says Rhonda Trust, a College of Communication visiting assistant professor.

Trust will lay out breast-feeding’s health and economic benefits, as well as what she calls the media’s deficient depictions, in a talk today, part of the COM Research Colloquium series. A recent New England Journal of Medicine article seeks to debunk breast-feeding’s role in combating obesity, while endorsing other health benefits of the practice. The article said other studies, including one of more than 13,000 children over six years, uncovered no evidence that breast-feeding battles obesity, convincing one Harvard Medical School researcher to reverse himself on breast-feeding’s anti-obesity value.

Trust earned a doctorate in communication sciences from the University of Connecticut and wrote her dissertation on the influence of communications on breast-feeding rates in the United States. Her research involves communication of reproductive health topics. She has been an adjunct professor at more than 10 colleges and universities. BU Today spoke with her about today’s talk.

BU Today: When you say “media,” are you talking news media or entertainment media?

Trust: All of the above. The Atlantic Monthly has been known to print some very emotional articles that are anti-breast-feeding. If you see a television show and there’s some kind of breast-feeding scene, it’s usually a joke or embarrassing; very rarely, you’ll see a scene that’s educational, describing the benefits of breast-feeding. You look at any magazine cover—people are okay with seeing a 17-year-old with cleavage advertising a car, but when they see a baby nursing, people just can’t handle that.

Colds to cancer—that’s an impressive array of illnesses. How does breast-feeding prevent those?

There’s been a plethora of studies—American Academy of Pediatrics, Centers for Disease Control, World Health Organization—that show that breast-feeding exclusively for at least six months can prevent several illnesses. Because human milk is species-specific milk—it’s meant for human babies. We are actually the only species who drinks another species’ breast milk—cow’s milk.

Scientists are always telling us to be very careful—correlation does not necessarily make causation.

And I do want to make it clear that I’m not an MD; I’m a PhD. My dissertation was on breast-feeding. I’m also a certified lactation counselor and have my own business, where I do educational workshops about breast-feeding. Numerous studies show that children who are breast-fed have fewer incidences of ear infection, diarrhea, pneumonia, childhood leukemia. I’ve even seen studies that discuss autism, obesity.

If the baby is feeding from a breast and not breast milk from a bottle, the baby controls how much food they’re eating. Typically babies who are bottle-fed have a four-ounce bottle, and if they’re not finishing it someone is shoving it and that stretches their stomach. A baby’s stomach is approximately the size of their fist. So you can imagine, if they’re two months and their stomach is getting stretched, what’s going to happen? They’re going to need more food continuously to fill that stretched stomach. Formula-fed babies are more likely to be obese just because of the overfeeding that can happen. There are also qualities of breast milk that influence metabolism and enzyme breakdown, so there’s more of a chemistry part of that.

The New England Journal of Medicine article says breast-feeding is good, but its role in fighting obesity is a myth.

I’ve found more research that would disagree. A lot of growth charts used in pediatricians’ offices are produced by pharmaceutical companies. The World Health Organization and CDC have a chart that’s specific for breast-fed babies, and it’s different than the formula-fed charts that the majority of pediatricians use. Who is measuring obesity? Who is measuring, “Oh well, your child is really low on the growth chart, we’re going to start supplementing.” Really? Well the growth chart says it’s made by a pharmaceutical company. And there’s a whole other issue with the marketing of formula and formula companies, which I’m going to discuss a little bit in the talk.

There are some women who can’t breast-feed or can only breast-feed with difficulty. Is there a danger of stigmatizing those women?

That’s a good point. Less than one percent of women physiologically cannot breast-feed. The reasons the rest cannot come from many factors—lack of support, lack of early interaction with the baby. Doctors, nurses, anyone who is interacting with a mom should be educated. She can make any decision she wants—formula-feed, breast-feed. There just needs to be accurate education.

Some might say, why should the entertainment media present the health and economic aspects of breast-feeding—and that you’re asking for trouble if you get your information from Entertainment Tonight.

You’ve got to think about cultural norms. Does everybody read educational journals or newspapers? In my talk I’m going to talk about the movie Hangover. There’s a scene where Heather Graham, who is a stripper, just starts breast-feeding in front of some men, and they’re not thinking, oh the baby is getting fed, but are sexualizing her breasts.

As a professional, I was satisfied with that scene because they weren’t really making fun of it. The guys were obviously sexualizing it, but she just sat there not covering up—like, oh, I’m feeding my baby, he’s hungry.

Rhonda Trust speaks today, Thursday, February 21, at 4 p.m., on The “Dual” Role of Breasts in the Media: A Health Communication Perspective, part of the COM Research Colloquium series, in COM Room 209, 640 Commonwealth Ave.

Why Media Depiction of Breasts Gets Failing Grade

Why Media Depiction of Breasts Gets Failing Grade
1
share this