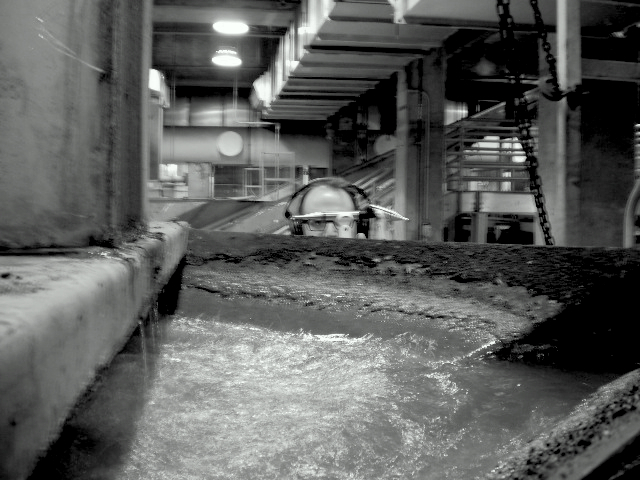 On Sunday, 25 March, at 3:00 p.m., the New England Phonographers Union will perform some of their newest recordings.

The concert will feature material that was gathered over the past several months in conjunction with the Massachusetts Water Resource Authority (MWRA). These recordings began extensively at Deer Island last spring and have continued in an ongoing, developing way at various pump stations’ “headworks,” as they are called, at Deer Island as well as at Nut Island in Quincy. The New England Phonographers Union have three more headworks to visit in order to complete this Waste Water Treatment and Headworks cycle in collaboration with the MWRA. This concert offers a preview of some of their newest sounds that will continue to grow this Spring. Performing on Sunday will be Rick Breault, Mike Bullock, Benjamin Cleaves, Ernst Karel, and Jed Speare. Admission is free.

About
The New England Phonographers Union is a fluid congregation of sound artists and location recordists who work with untreated and unprocessed recordings of the rich and varied sounds around them. Through the exploration and documentation of spaces and events, the Union captures auditory phenomena otherwise lost, and in performance reimagines and recontextualizes the particularity of individual places. Within a focused listening environment the members present their recordings both individually and as collaborative improvisations. The project is loosely modeled after the Seattle Phonographers Union, which was founded in 2002 and has spawned like-minded groups in New York, Chicago, London, and Montreal.

This concert is also produced in conjunction with Mobius and its participation in the 100 Years exhibition.