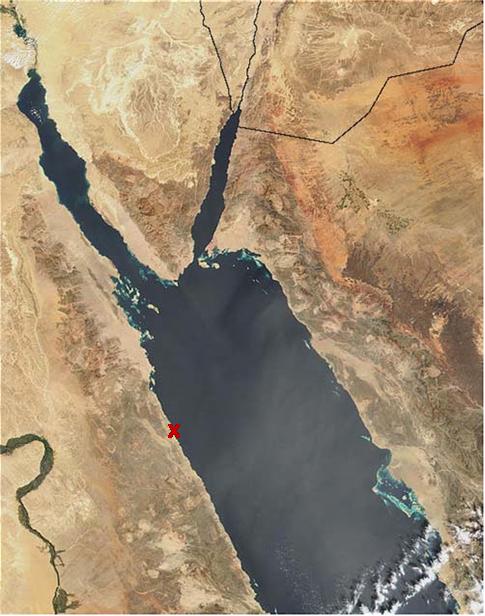 The Middle Kingdom harbor site of Mersa/Wadi Gawasis, Egypt is where ships were sent to the land of Punt, ca. 1200-1300 km south of this harbor somewhere in the southern Red Sea region. Well preserved evidence that has been excavated there includes texts carved on stelae which provide historical information about specific royal expeditions, the remains of ships and equipment used on these expeditions in rock-cut galleries, and imported materials (pottery, obsidian, and ebony) which point to where Punt was most likely located. Coastal geological studies also indicate that ca. 4,000 years ago the harbor was located in a sheltered embayment that extended much farther inland than the present shoreline.

Catherine West published in The Oceans Past Initiative (OPI).