Validation of an iPAD based therapy for rehabilitation- Constant Therapy

Our recent papers on this  topic include:

Kiran, S., Des Roches, C., Balachandran, I., & Ascenso, E. (2014). Development of an ipad based clinical decision making workflow for individuals with language and cognitive deficits. Seminars in Speech and Language. 35:38–50

Summary of this project: Effectiveness of an impairment-based individualized treatment program using an iPad-based software platform

In addition, we have also examined the relationship between levels of assistance and treatment scores on the ipad usage. View our recent poster on this work presented the 2014 Mobile Health Rehabilitation Outcomes Conference.

Summary of this project: Relationship between levels of assistance and treatment scores with aphasic individuals while using an iPad-based software platform 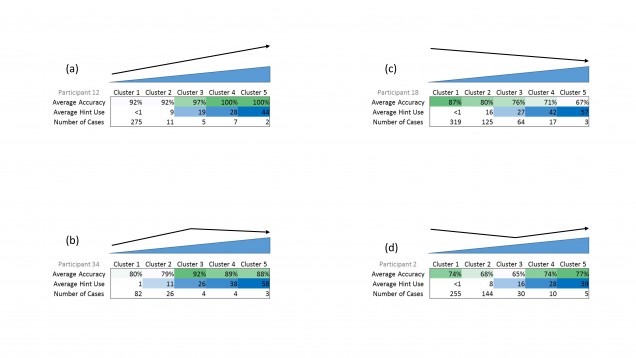 An advantage of rehabilitation administered on computers or tablets is that the tasks can be self-administered and the cueing required to complete the tasks can be monitored. Though there are many types of cueing, few studies have examined how participants’ response to rehabilitation is influenced by self-administered cueing, which is when a cue is made available by a software program but the individual decides when and which cue to administer. In this study, participants received tablet-based rehabilitation where the tasks were self-paced and remotely monitored by a clinician. The results of the effectiveness of this study were published previously (Des Roches et al., 2015). The current study looks at the relationship of cues on both accuracy and rehabilitation outcomes. Fifty-one individuals with aphasia completed a 10-week program using Constant Therapy on an iPad targeted at improving language and cognitive deficits. Three questions were examined. The first examined the effect of cues on accuracy collapsed across time. Results showed a trend where the greater the cues, the lower the accuracy, although some participants showed trends of higher accuracy with increased cues. This analysis divided participants into profiles based on cue use and accuracy. The second question examined how each profile differed in percent cue use and on standardized measures at baseline. Results showed that the four profiles were significantly different in frequency of cues and scores on WAB-R, CLQT, BNT, and ASHA-FACS, indicating that participants with lower scores on the standardized tests used a higher percentage of cues, which were not beneficial, while participants with higher scores on the standardized tests used a lower frequency of cues, which were beneficial. The third question examined how the relationship between cues and accuracy was affected by the course of treatment. Results showed that both more and less severe participants showed a decrease in cue use over time and an increase in accuracy over time, though more severe participants used a greater number of cues throughout the treatment. It is possible that self-administered cues help some individuals to access information that is otherwise inaccessible, even if there is not an immediate effect. Ultimately, the results demonstrate the need for individualizing and moderating levels of assistance during rehabilitation.

Sample pictures of the iPad dashboard: