Class of 2022, Double major: Business Administration & Management with a concentration in Accounting; Bachelor of Music with a major in Percussion Performance
Mahwah, New Jersey

When he was applying to colleges, Jeff Sagurton worried his twin passions—music and entrepreneurship—were too unusual a pairing for any single school.But the New Jersey native found that not only did BU offer strong programs in both disciplines, but he could pursue each with equal fervor through a double major.

“One of the things that jumped out to me about BU is that if you present an idea to anyone here, you won’t hear ‘no’ for an answer,” Jeff says. “I had an amazing advisor, and we had to plan out every semester of my college career for the double major. It taught me to budget my time, manage a rigorous schedule, and be efficient.”

“One of the things that jumped out to me about BU is that they will never say ‘no’ to you about an idea.”

On campus, Jeff soon found himself surrounded by mentors and opportunities to challenge himself. He joined the Boston University Symphony Orchestra, Boston University Chamber Orchestra, and Boston University Wind Ensemble, and also began scoring freelance performance gigs around Boston and New England thanks to introductions from his BU professors. “I was able to build a really strong network with musicians who had much more experience than me, and I’ve learned to hold myself to a very high standard.” 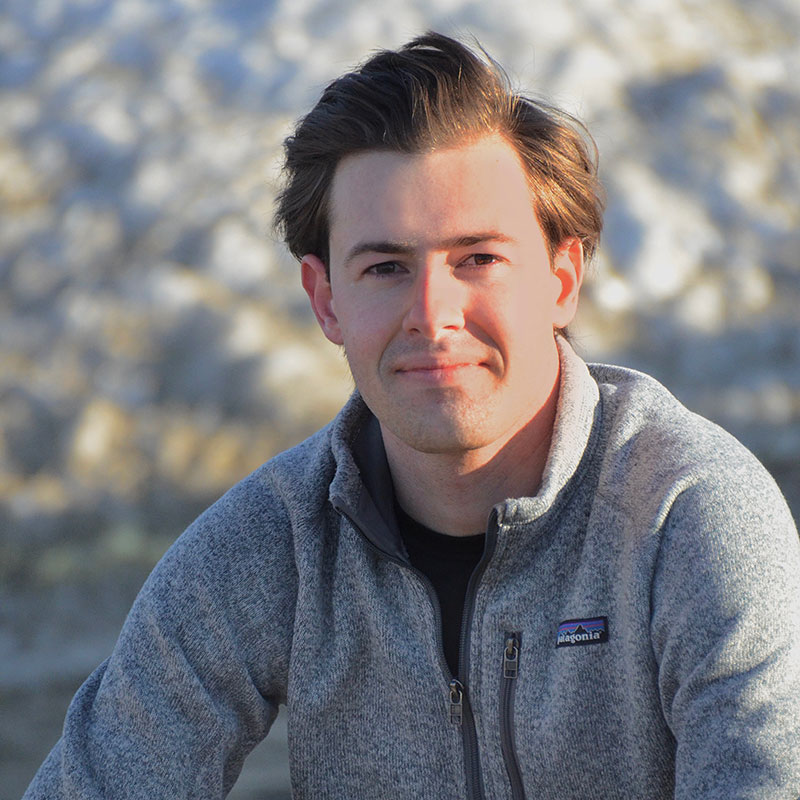 At the Questrom School of Business, Jeff maintains those high standards and is a member of the Questrom Honors Program, which earned him the chance to explore business on the ground in Scandinavia. “Hands down, the experience of a lifetime. We were completely immersed in the cultures and learned so much just by visiting international companies. In addition, I really bonded with my fellow honors program students. To this day, they’re some of my closest friends because of that trip.”

These academic and professional experiences culminated perfectly to allow Jeff to fulfill his other passion: entrepreneurship. With the help of BU’s student innovation center, BUild Lab, Jeff helped launch a start-up app called BumpCall that digitally replicates the experience of bumping into one of your friends on the street. He credits Questrom’s Core Program with preparing him to tackle the venture, which, in part, had tasked him with developing a comprehensive business plan and working in a large, diverse team. “BumpCall is a business venture, but we have a cello performance major, a recent archaeology graduate, and a mechanical engineering major. It’s amazing to work with people from all these different disciplines, and it emphasizes one of the great things about BU, which is that everyone is super motivated, bright, passionate, well-rounded, and versatile regardless of their specific areas of study.”

We recently caught up with Jeff to learn more about how his academic experience unfolded at BU.

Q: When you first got to campus, what was the biggest challenge academically?

A: Getting down to the nitty-gritty of being a dual degree student was definitely challenging, and I expected that coming in. There are tons of great resources available at BU, and at Questrom my academic advisor was amazing. We had to plan out pretty much every semester of my college career. So it definitely taught me to budget my time, manage a rigorous schedule, and be efficient.

Q: How did BU help you develop your passions?

A: On the music side, there are tons of performance opportunities with the wind ensemble, the orchestra, and the percussion ensemble. BU’s percussion program has several graduate students, so I was able to build a really strong network with more experienced musicians who served as mentors.

From the entrepreneurial business side, I got involved with an app start-up that was formed with other BU students through the BUild Lab, BU’s student innovation center. And inside Questrom, there are tons of great professors who have helped me with career advice.

Q: Was there a particular moment that that stands out to you where you felt transformed by a particular class or academic experience?

A: I would say it was Core at Questrom, which is the semester-long cluster of four classes and business plan projects. It was my first exposure to starting a business completely from scratch. Before, I thought as long as you have a great idea, you’re all set. But this experience opened my eyes to all the planning, forecasting, and details that are so important in starting a business. We had to write a 110-page business plan, had meetings every day, and working as part of an eight-person team was definitely challenging. Also, when we transitioned from in-person to online, we really had to figure out how to communicate and collaborate effectively and still come out with a good finished product.

Another example is I took a graduate music history seminar on writings about jazz music. We had to give a presentation on different decades of jazz every single week. There were seven of us in the class, so everyone had to be able to fill a long span of time every week with useful and interesting information. Not only did it teach me a lot about jazz history, but also about public speaking, putting together compelling presentations, and asking thoughtful questions. Again, it was great to be surrounded and challenged by people who were more experienced than me.

Q: Were you surprised you were able to take graduate-level classes as a first-year student?

A: I never expected that going in.

Q: Was there a faculty relationship that impacted you?

A: All three of my private BU percussion professors: Kyle Brightwell, Tim Genis, and Sam Solomon. One of the unique things about being a music student is you study with these faculty members from the time you first get here to when you graduate. Since I was a first-year student, they have been incredible mentors. They’ve always been super supportive and created positive learning environments. They’ve helped me grow so much as a musician, as a performer, as well as just as a person. They’ve helped me become more mature.

Q: How have they helped you become more mature?

A: Just holding me accountable. There are lots of intangibles with a music degree. For example, practicing is not built into the credits. So, the incentive is all on you for those hours of daily practice. It’s all internal. There’s no outside motivator. I feel like I learned to hold myself to a very high standard.

Q: Can you talk about an academic or research experience where you had to collaborate with people from different disciplines?

A: I would go back to that app start-up BumpCall, which digitally replicates the experience of bumping into one of your friends on the street. It’s a business venture through the BUild Lab, and we have a cello performance major, a recent archaeology graduate, and a mechanical engineering major. Not the first group of people you’d think of when you’re talking about a start-up, but it emphasizes one of the great things about BU, which is that everyone is just super motivated, bright, passionate, versatile, and well-rounded regardless of their specific areas of study.

Q: What about an impactful non-classroom experience?

A: In the Honors Program in Questrom, we went to Finland and Estonia in my sophomore year. This was hands down the experience of a lifetime. We were completely immersed in the cultures and learned so much just by visiting international companies. The Honors Program covered all expenses, except meals. I really bonded with my fellow Honors Program students, too. They’re some of the closest friends I have to this day.