For senior Brandy Moser, it all started her freshman year when she hit “send” on an email to a BU graduate school professor she didn’t know. Even though Brandy was a biochemistry major at the College of Arts & Sciences, she was passionate about agriculture and nutrition, having grown up on a small farm in northeastern Pennsylvania. She had quickly found some clubs on campus, which led to her discovery of the research and classes taking place at the College of Health & Rehabilitation Sciences: Sargent College. And that’s when she composed that email to Professor Paula Quatromoni, inquiring about her work in sports nutrition and eating disorders among athletes.

“I was nowhere near becoming a nutrition major and wasn’t even in Sargent, I was just interested in her research,” Brandy recalled. “But Dr. Quatromoni responded within 20 minutes. She had no idea who I was and sent me back this long email about her work, asking me questions. In fact, later, after I took a few classes, it was the professors in the nutrition department who said, ‘Have you thought of a dual degree?’”

“I was able to take a number of graduate-level courses throughout my time at BU.” 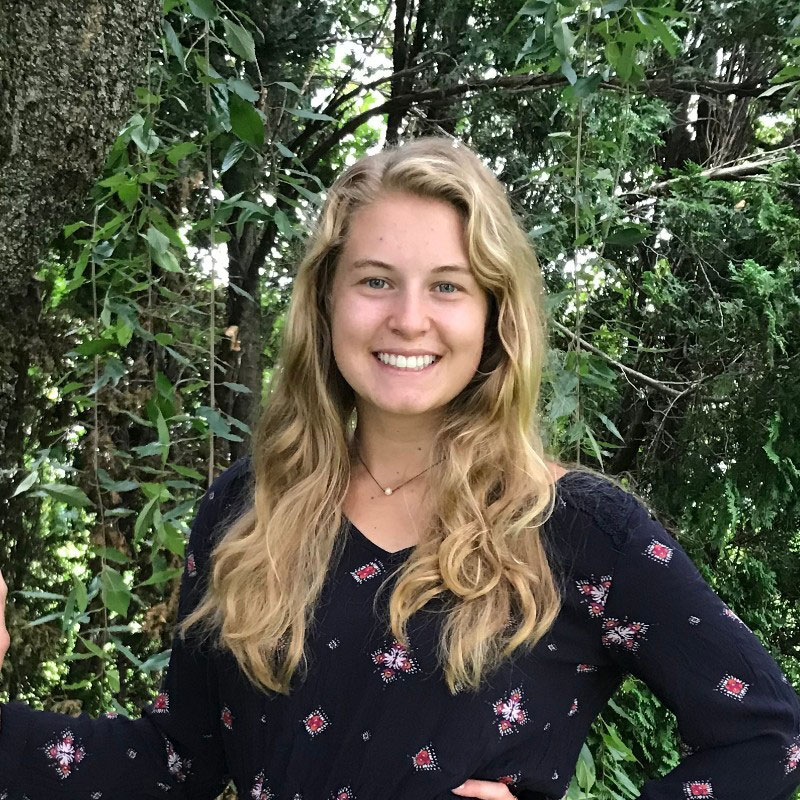 Brandy’s bold approach not only led to a second major, and a lifelong mentor in Professor Quatromoni, but a study abroad opportunity in Italy and a practicum in a nutrition research lab on aging. Brandy will graduate this year with degrees in biochemistry & molecular biology as well as nutrition science, and a minor in public health. She’s attending a dietetics graduate program on a full scholarship this fall and credits BU’s rigorous yet fluid approach to academics and research, as well as campus life, with helping her grow as a student and a person.

“At BU, everything is interdisciplinary and nothing is single-focus,” she says. “I’ve seen that trickle through my entire college experience, how you’re always thinking and working through other perspectives.”

We recently caught up with Brandy to learn more about her academic path at BU.

Q: What surprised or challenged you most academically at BU?

A: That I was able to take a graduate-level public health course freshman year for my minor. I had to get instructor approval, but I was beyond surprised. It was a way to challenge myself being with students who were more advanced and had a lot more experience in public health. I was able to take a number of graduate-level courses throughout my time at BU. So, I’m going into grad school with so much more knowledge than I ever imagined.

Q: When you arrived on campus, did you have a specific passion or interest?

A: After working on a farm, I came to BU interested in agriculture and nutrition. Right away, I was able to participate in clubs focused on nutrition. Then I learned about some nutrition research projects here at BU and that started to develop my passion for nutrition with an academic perspective.

Q: Can you describe an academic or research experience where you collaborated with others from different academic backgrounds.

A: I did my Sargent practicum internship at the USDA’s Human Nutrition Research Center on Aging at Tufts. It wasn’t on campus, of course, but it was made possible through BU. It was my first real nutrition research experience. I was working in an energy metabolism lab with people from other institutions who were doing statistical coding and software and data analysis, something that I never was exposed to before. It was definitely a learning experience. In the end, it contributed to me choosing to take biostatistics classes at the BU School of Public Health.

A: Definitely. BU always makes sure that we are looking from other perspectives and developing our analytic skills. I’ve learned from people at other schools that they get very locked in on the micro level of things, especially in the STEM sciences and biochemistry.

Q: Why did you decide on a dual degree?

A: When I arrived planning to be a biochemistry major, nutrition was just an interest of mine. It’s what dominated my extracurricular and volunteering activities. But then I started a conversation with professors in the nutrition department, just kind of asking if I could take some classes. And they were the ones who said, “Have you thought of a dual degree?”

Q: Were you ready for that challenge?

A: At first, I wasn’t sure I could do both. BU has a very rigorous biochemistry department, and it’s structured in the order you have to take this class and then that class. But the support in the academic advising office was amazing. They made sure I could manage the two degrees and the minor, and still go deep within both majors. I was able to do a study abroad program, too.

Q: Can you describe a significant relationship with a professor?

A: It’s hard to pick just one. I’d have to say Dr. Paula Quatromoni in the nutrition department. My first year, I decided to email professors whose research I thought was interesting. I was nowhere near becoming a nutrition major and wasn’t even in Sargent. Dr. Quatromoni responded within 20 minutes. She had no idea who I was and sent me back this long email, describing her work, asking me questions. It was a very defining BU moment for me, just realizing how open professors are to talking to you about their research, getting to know you, and getting involved with you.

When I joined Sargent for my second major, Dr. Quatromoni became my mentor. I got to study with her for a month in Italy for the Mediterranean diet program, which was a phenomenal experience. She put me in touch with someone at the Tufts nutrition lab where I did my practicum. She wrote my recommendation for grad school. But, you know, I never had Dr. Quatromoni as a professor for a course, except in Italy. She teaches graduate students primarily. But she was so influential in my decision to pursue nutrition, to study abroad, to work in a lab, and to continue on to grad school.

Q: Can you point to an “aha” moment where you felt the light bulb go on and you walked away changed by an academic experience?

A: I was a sophomore when I decided on a dual degree. People outside of BU would always say to me, “How is that going to work? How are these two degrees working together? What is your end goal?” So, my “aha” moment came when I was applying to grad schools and realized how everything that I pursued at BU was coming together. I’m going to the University of New Hampshire, and I was offered a TA position, full tuition, the opportunity for a master’s in nutrition, and also a dietetic certificate. But I will also be working with a professor who is doing research in nutrition and biochemistry nutrition. So, she is combining basically both of my two degrees. I saw that everything I had done at BU had interwoven itself into this amazing opportunity.