How can we get high schoolers from all backgrounds excited about education careers?

In spring 2016, when high school senior Gabriela Medina’s guidance counselor placed her in an elective on education, Medina didn’t have high hopes for the class. “Teaching never crossed my mind,” says the 18-year-old student at Urban Science Academy in Boston. A junior at the time, she had her eye on neuroscience—and besides, she thought teaching kids would be more frustrating than fun.

But by the second week of the class—a partnership of SED and the national organization Educators Rising (EdRising)—Medina realized that she loved working as an aide with first graders at the Curley K–8 School in Boston. “They became like my little siblings,” she says. “I just loved that feeling, and I definitely would consider teaching an option now. I see that teaching is a hard career, but it’s also personally and professionally rewarding.”

Fewer than 10 miles away, at New Mission High School, the EdRising elective reinforced Soyini Wilcox’s longtime enthusiasm for teaching—a career she’d set her sights on in middle school. The 19-year-old, who is now studying elementary education at Wheelock College, intends to teach in Boston Public Schools (BPS), where 86 percent of students are black, Latino, or Asian but only 37 percent of teachers are people of color. Wilcox, who is African American, has had very few black teachers—and even fewer teachers from her socioeconomic background. She believes that Boston Public Schools would benefit greatly from a more diverse teaching staff.

“Being a student who has grown up in the Boston Public School system, who has lived in the Dorchester, Roxbury, Mattapan area… who doesn’t want to be just a regular statistic or a student who’s known for living in the projects, I want to have a student who’s going through that same experience sit in my class and look at me and say, ‘She did it, so I can do it too,’ ” says Wilcox.

Medina’s and Wilcox’s responses to the elective are exactly what EdRising and SED are counting on to help solve a big problem in education: a growing gap between the diversity of educators in US schools and the diversity of the students they serve. People of color make up approximately half of US public school students, but only 18 percent of teachers, according to a 2016 report by the Brookings Institution and the National Council on Teacher Quality. The report states this is because, among other things, blacks and Hispanics are less likely than whites to earn college degrees or show an interest in teaching as a career.

This gap is troublesome because, as the Brookings report notes, students paired with same-race teachers perform better than those with teachers of a different race. And according to Brookings, research shows that because everyone has unconscious biases about race, white teachers are less likely than black counterparts to put black students in gifted programs or have high expectations for them.

“There’s a strong hypothesis that…if we increase the diversity of the national teaching corps, we’ll provide more powerful models for our diverse US student body,” says SED Dean Hardin Coleman. “That will contribute to improvement in performance.”

SED’s partnership with EdRising to create the education elective for Boston Public Schools is part of Coleman’s efforts to help close the diversity gap in education by diversifying SED. The School’s December 2015 Diversity Initiatives report noted that SED struggles to attract underrepresented minority students and faculty, whose presence is critical in preparing educators to close the “achievement and opportunity gaps that face lower-income and historically disadvantaged groups.” The EdRising partnership, says Coleman, aims to “introduce the excitement about becoming a teacher” to secondary school students from various backgrounds, in the hopes that they will study education as a career. And, he adds, “hopefully those who are interested will come to BU.”

A New Message about Education

Like most schools of education, SED’s student body is mostly white. According to Diversity Initiatives, blacks and Hispanics/Latinos make up, respectively, only 1 and 10 percent of SED undergraduates, and faculty are 94 percent white—though Coleman says the School has “made tremendous strides this year in diversifying our faculty, which we think is going to have a huge impact this coming year on our ability to recruit students of color.”

“There’s a strong hypothesis that…if we increase the diversity of the national teaching corps, we’ll provide more powerful models for our diverse US student body, that will contribute to improvement in performance.”–Dean Hardin Coleman

The EdRising partnership aims to get that message out there. It is one part of several diversity initiatives that SED has launched under Coleman’s leadership. Other efforts include increasing financial aid to students from underrepresented groups; student-teaching in Title I schools to better prepare SED students to work with children of various backgrounds; and, in 2015, launching an AACTE (American Association of Colleges for Teacher Education) Holmes Scholars program, which offers mentorship and other support to doctoral education students from traditionally underrepresented backgrounds. The Holmes program and EdRising partnership operate through SED’s College Access and Completion Office, which launched in 2014 and builds on the work of its predecessor, the  Boston Public Schools Collaborative, in supporting outreach programs that prepare K–16 students—especially those from underrepresented groups such as minorities and first-generation college students—for post-secondary education.

EdRising (formerly the Future Educators Association) has a network of 19,000 students and 1,700 teacher leaders nationwide, and offers resources to help teachers create cocurricular and extracurricular programs introducing children ages 13 and up to teaching. Its partnership with SED and BPS was the first of its kind for the organization. “Dean Coleman’s visionary leadership and SED’s extraordinary team made the opportunity to collaborate very exciting….,” says Dan Brown, EdRising’s codirector. “As more schools and students in the region join the partnership…together we’ll be able to build a strong, diverse next generation of educators for Boston.”

New Mission history teacher René Reyes (CAS’13) brought his students to the Henry Grew Elementary School to work with pupils in math, science, and reading classes. “To have our elective be a practical one where they’re actually going into schools and using all the strategies and skills that they’ve been learning was great,” he says.

Reyes and his fellow elective teachers were also enrolled for free in an SED graduate course about preparing future educators, taught by Senior Lecturer Philip M. Tate, and in 2015, they were invited for a BU campus visit with their elective students.

Students say EdRising has taught them a lot about what it takes to be a teacher, such as how to prepare lessons, make even dull units sound fun, and persist in helping every child understand concepts taught in class. They speak most enthusiastically about how working with elementary students increased their interest in teaching—and their confidence that they have what it takes to succeed.

Wilcox had been leaning toward studying secondary education in college: she wasn’t sure younger students would warm up to her. But working at the Grew convinced her otherwise. “On the first day, all the kids were so excited to have visitors in the classroom,” she says. “And then as we kept going back, they opened up to us more.”

Wilcox’s former classmate Jasmanie Colon had been considering a career in education when he started the elective, but worried that young students might be stubborn and inattentive. He ended up connecting easily with students over sports, style, and technology—his Jordan sneakers and Galaxy smartwatch were a hit. Colon is now studying accounting at Suffolk University and considering a minor in education.

“I just thought, ‘Hey, I can do this. I can help teach the class, so why not become a teacher?’ ” he says. “ ‘I can be a role model for them and they can become teachers one day themselves.’ ”

“The evidence is pretty strong that if you can get young people interested in teaching, the probability is 60 percent that they come back and teach in their home school district,” says Dennehy, who received the 2016 Marian Belgrave-Howard Award from the New England Educational Opportunity Association for his work expanding equal educational opportunity. He hopes to bring the elective to the Malden district and Brookline High METCO program within two years.

None of this year’s EdRising participants entered SED this academic year, says Dennehy: most were juniors and haven’t made college decisions yet. But Coleman hopes the program will eventually bring more students from all backgrounds to the School, creating a more vibrant learning environment and a pool of skilled educators who can help fix national problems.

“If we continue to fail our urban settings, where most people live now, we will continue to have this economic unsettlement [in our nation], and so I think the role of a high-quality teacher who’s prepared to work in these high-demand classrooms is economically, socially critical. I think we undervalue its importance, and part of our diversity initiative is to be better prepared to put highly competent, highly effective teachers in urban classrooms for the social good that provides.” 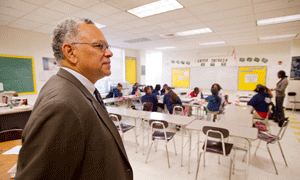 Dear Alumni & Friends, During my eight years as dean of the School of Education, it has been a pleasure to watch our work as teacher-educators, researchers, and community partners… Read more 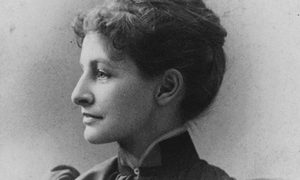 Wheelock College and Boston University officially merged on June 1, 2018, but the spirits of the two schools have been intertwined ever since Lucy Wheelock met Alice Stone Blackwell nearly… Read more 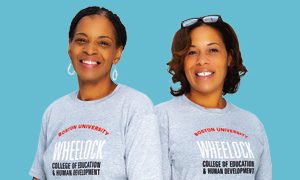 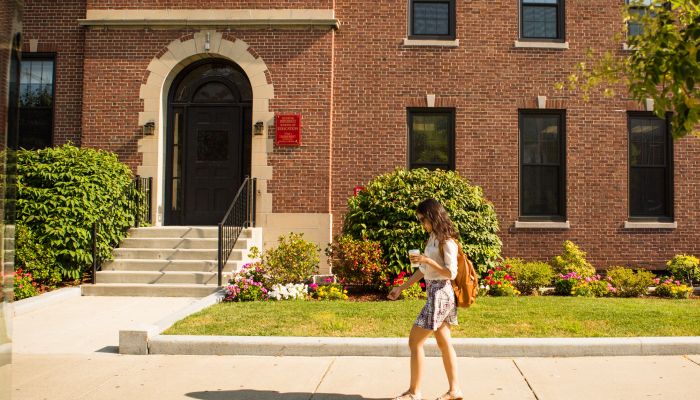 By Aliya Omarkhanova (Wheelock’20) Dr. Naomi Caselli is an Assistant Professor in Deaf Studies at Wheelock College of Education and Human Development. Her research focuses on how early language experience affects… Read more