The Shmuel Traum Prize was funded by Traum’s granddaughter, Aviya Kushner, to honor his memory after his death in 1998. It is awarded for works in poetry, fiction, or drama translated into English from French, German, or Hebrew. The competition is open to both undergraduate and graduate students enrolled at BU. 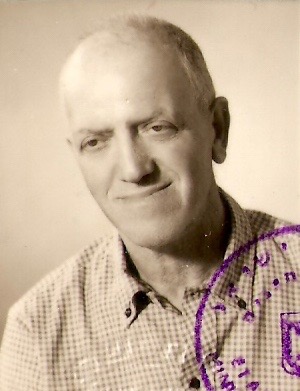 Shmuel Traum grew up in Bremen, Germany, and was the oldest of five children, all boys. As a child, he loved to go to the artists’ street in Bremen, and he also loved the German poems he learned in school – especially those of Heinrich Heine. Of course, because his was a Chassidic family, these took second place to the Talmud and other Jewish texts, which he learned in Chedar. Soon after the Nazis came to power, Shmuel was kicked out of high school, like all Jewish students. One by one, he said, his former classmates became members of Hitler Youth. Under dangerous circumstances, he made his way to Frankfurt, where he studied with Martin Buber and other Jewish luminaries who had been removed from their teaching positions. There, in Frankfurt, he met a group of Zionists, and left Germany on the last legal boat to what was then Palestine. It was 1936. He never saw his family again. His four brothers and his parents were all murdered. His youngest brother, David, was a week shy of his thirteenth birthday when Shmuel left Germany. For the rest of his life, Shmuel like to say “yad hayinu,” or “we were a hand” — five fingers, the five boys.

While many German refugees never wanted to hear of Germany again, Shmuel Traum was different. He kept his German last name; he special-ordered German novels and poetry collections that were not available in Israel, at one point getting a wholesaler’s license to do so. He listened to Wagner at high volume, and enjoyed it in his library in a small town in the Galilee —  surrounded by his many volumes of the Talmud.

Shmuel Traum was a man of style and conviction, even at age 84. Although he was never really wealthy, he was an extremely generous person. His charitable contributions consumed a large part of his income.  He bought books when food money was scarce, and he was among the first subscribers the the Israel Philharmonic. He attended those concerts for over sixty years.

He worked in construction from age twenty-two to sixty-five, but his much-used library was magnificent and rich. When Shmuel died in October 1998, his grandchildren looked at the library he left them and were moved by the books in German, French, and Hebrew, along with the individual sets of the complete Talmud for each grandchild. All his grandchildren speak at least three languages, and like to imagine that their love of language and culture comes from him. This prize is in memory of an extraordinary grandfather, given by his grandchildren, in the hope that others will be able to enjoy language and literature – and the world of the arts – as much as he did.