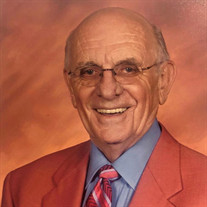 He was born and raised in New York City, the son of the late Charles M. and Ruth R. Ellwood. He graduated from West Virginia Wesleyan College, Buckhannon, WV and Boston University School of Theology, Boston MA. It was while attending Boston University that he was inspired by fellow student Martin Luther King, Jr. Chuck’s life embodied King’s ecumenical faith and concerns for racial justice and world peace. He joined King in Washington DC to march for racial justice and peace.

He was a retired United Methodist minister having served more than 30 years as Campus Pastor at West Liberty University where he influenced many students, faculty and staff and emphasized the importance of building community. He founded the Wheeling Coalition for Peace, Jobs, and Justice and was a founding member of Wheeling Clergy and Laity Concerned. He served on many Committees and Conferences, both United Methodist and ecumenical, to promote social justice. He was a teacher and participant in the Inquirers Sunday School class at Christ United Methodist Church where he was able to continue his passion for learning and teaching. He loved his annual vacation to Cape May NJ with family and friends.

He married Virginia Halterman on August 12, 1953 who preceded him in death in April 2018. He was also preceded in death by his daughter Dawn Ellwood Banal.

To help ensure the health and safety of family and friends there will be no visitation or service. The family will hold a Service of Committal at Greenwood Cemetery and a Celebration of Life will be held at a later date. Arrangements handled by Kepner Funeral Home, 900 National Road, Wheeling, WV (304-232-2732)

This obituary was originally published here, by Kepner Funeral Home.