“Owen Lovejoy and the Coalition for Equality” by Rev. William F. Moore (STH ’61) 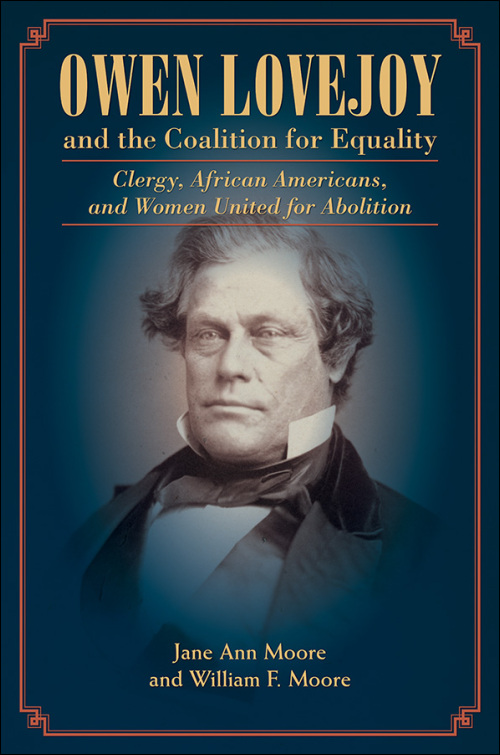 “Owen Lovejoy and the Coalition for Equality: Clergy, African Americans, and Women United for Abolition, published in December, 2019, by the University of Illinois Press, is the third book on Lovejoy by Jane Ann Stoneburner-Moore and Rev. William F. Moore, STH 1961. The book follows Lovejoy before and during the Civil War, from his pulpit in Princeton, Illinois to his central position in Congress.  Historian James Oakes writes, ‘Owen Lovejoy was the rarest of beings–a dedicated abolitionist and a savvy politician.  Having already published an indispensable collection of Lovejoy’s most important writings (His Brother’s Blood), the Moores have now given us the most thorough biography of Lovejoy to date. . . . The Moores demonstrate Lovejoy’s crucial role in the creation of the “coaltion for equality” that eventually brought slavery down.’”

To purchase Owen Lovejoy and the Coalition for Equality click here.