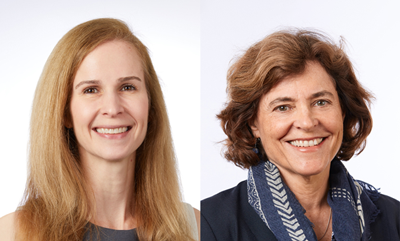 The grants total more than $6 million (in direct and indirect costs) and fund two five-year studies to examine the roles of air pollution and endocrine-disrupting chemicals (EDCs), respectively, on fertility and miscarriage risk.

This research represents the latest undertakings of the Boston University-based Pregnancy Study Online (PRESTO) and Snart Foraeldre (“Soon Parents” in Danish), two Internet-based prospective cohort studies. Led by Professors Wise and Hatch, these studies are funded by the National Institute of Child Health and Human Development to identify modifiable factors such as diet, exercise, lifestyle, and medication use, and examine their association with reproductive outcomes among women ages 21 to 45 in the US, Canada, and Denmark. The study also enrolls male partners, when applicable, to gauge additional factors potentially related to infertility or miscarriage.

Current research on the impact of air pollution and other environmental toxicants on reproduction is limited; Wise and Hatch hope these latest studies will identify factors that couples can modify to improve their reproductive health.

“Air pollution is such a fundamental problem—and it’s also related to climate change,” says Hatch, co-principal investigator of both studies along with Wise. “We know it affects all of these other organ systems, and yet there’s not much research on early life exposures and what it might be doing to reproduction, so it’s important to figure that out.”

The study involving air pollutants, which began in July 2018, examines the potential impact of substances such as nitrogen dioxide, ozone, particulate matter, and other traffic-related air pollutants. The second study, which began in January 2019, assesses the potentially harmful effects of endocrine-disrupting chemicals that can mimic reproductive hormones, including phenols, phthalates, and per- and poly-fluoroalkyl substances (PFAS).

“The inclusion of three different countries in these grants is a strength because it will give us a broader range of exposure,” says Wise. “The type of air pollution in Demark is different—they have more diesel—and there is a very geographically dispersed population in North America, with people living in rural and urban areas.”

She says the team may expand their research in the future to include an examination of pollutants emitted from the California wildfires.

Currently, up to 25 percent of reproductive-age couples in the United States experience infertility and miscarriage. These reproductive challenges are in part related to increases in delayed childbearing, when women tend to be less fertile. As part of the ongoing PRESTO and Snart Foraeldre studies, Wise and Hatch have published results on other modifiable factors that could impact fertility, including obesity, sugar-sweetened beverage consumption (in both women and men), intake of trans fatty acids, alcohol and marijuana use, and lesser known male factors such as short sleep duration. A sub–study of in-home semen testing among male partners is currently underway, allowing investigators to assess predictors of low sperm counts, which have been declining in Western countries over the last 40 years.

To participate in these studies, enroll here.