White Men Over 50 Most Likely to Use Gun in Suicide 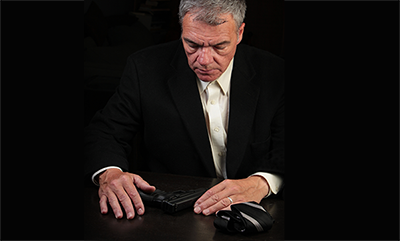 The average profile of an American using a gun for suicide is a married, white male over the age of 50 who is experiencing deteriorating health, according to a new study led by Schools of Public Health and Medicine researchers.

The findings, which appear online in the Journal of Affective Disorders, also showed that the reasons for using a gun for suicide differed among men and women according to their age—and that young men and women as well as older women were motivated by financial problems.

“Gun suicides may be preventable particularly among older men who are being treated for failing health,” says lead author Bindu Kalesan, assistant professor of community health sciences and assistant professor of medicine at MED. “When an older man has a physical health problem, having a gun in the house may lead to him using it for suicide. Therefore, it may be prudent to have his geriatrician or physician educate them about the potential dangers.”

Using data from the Centers for Disease Control’s (CDC) National Violent Death Reporting System from 2003–2011 in 17 states, researchers from compared gun suicides versus other means of suicide across sex and age groups.

They observed that firearm preference for suicides among older men may be driven by physical health problems, while economic stressors and recent crises may trigger use of firearm for suicides in the other sex and age groups, indicating the potential need for tailored interventions and programs according to sex and age.

Suicides are of growing public health concern in the United States. Approximately 60 percent of gun deaths in this country are suicides, and the majority (85 percent) are fatal since the injury is normally to the head.

According to the researchers, having a gun ownership registry may be useful. “The current Firearm Owners Protection Act (FOPA) removed regulatory action by Bureau of Alcohol, Tobacco, Firearms and Explosives and also prevented any form of registry of gun owners,” they wrote. “Maybe we have to rethink FOPA, considering the burden of mortality associated with gun suicides and the alarming number of guns in the civilian population.”

Other BU authors on the study were Laura Sampson, statistical analyst in epidemiology; Yi Zuo, lead biostatistician at the Center for Clinical Translational Epidemiology and Comparative Effectiveness Research; and Sandro Galea, dean and Robert A. Knox Professor.