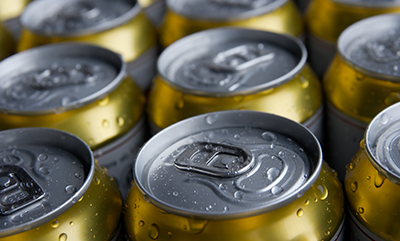 Alcohol brands popular among underage drinkers are more likely to air television advertisements that violate the industry’s voluntary code by including youth-appealing content, according to a new study by researchers from the School of Public Health.

In an article in Alcoholism Clinical & Experimental Research, lead author Ziming Xuan, associate professor of community health sciences, and colleagues wrote that youth-preferred beer brands are among the most egregious violators of the beer industry’s policy that explicitly restricts youth-appealing advertisement content.

“This is the first systematic investigation of the relationship between beer brands popular among youth and these brands’ youth-targeted contents among their television advertisements aired during a decade of a major national sports event,” says Xuan. “It is no news that advertisements influence consumer behaviors, but to discover such a close link between brand-specific youth-appealing advertisement content and beer brand preference among underage drinkers is new, and certainly a concerning public health issue.” 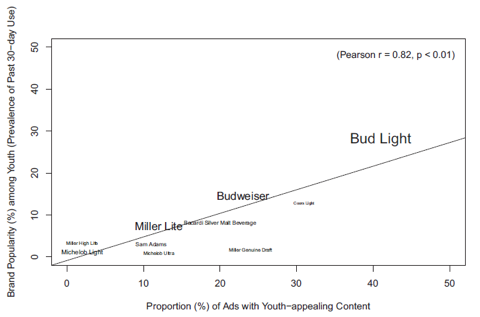 The researchers examined a comprehensive list of 288 brand-specific beer advertisements, representing 23 brands, broadcast during the National Collegiate Athletic Association (NCAA) men’s and women’s basketball tournaments from 1999 to 2008. A panel of health professionals rated the advertisements to assess the presence of youth-appealing content. To assess youth brand preference, the researchers examined a 2011–2012 national survey of 1,032 underage youth, ages 13 to 20, who had consumed at least one drink in the past 30 days.

The authors found that advertisements were broadcast 1,746 times, with an average of six minutes on the air. Advertisements with youth-appealing code violations were prevalent: 21.5 percent of the advertisements had content primarily appealing to youth drinkers. More popular brands among underage drinkers aired significantly more during nationally televised NCAA tournaments than unpopular brands. The researchers also found that for every 7 percent increase in brand popularity, there was a 70 percent relative increase in the likelihood of the brand violating the youth-appeal code.

Alcohol is the leading illicit substance used by youth in the United States, with a prevalence rate exceeding those for tobacco and other drugs. Studies have shown that early consumption of alcohol is linked to heavy episodic drinking and alcohol use disorders during adulthood. Moreover, as youth exposed to alcohol advertisements are at increased risk of alcohol consumption, there is a consensus among public health researchers that alcohol advertisement should not target youth. To demonstrate corporate social responsibility, alcohol industry groups developed voluntary codes stating that alcohol advertising should only target adults. Nevertheless, research on compliance of these codes demonstrates that voluntary codes are frequently violated.

While the placement of alcohol advertising in magazines with varying youth readership has been a focus of previous studies on industry code compliance, there has been little research examining the youth-appealing content of televised ads for alcohol brands, in particular the brands popular among underage drinkers that are heavily advertised during broadcasts of major sporting events that may reveal brand-specific marketing trends of practices by beer companies.

“These results suggest that some beer producers are successfully targeting underage youth and therefore deriving profits from illegal alcohol consumption,” the researchers wrote.

In light of the results of their study, the researchers advocated for the development of marketing and advertising guidelines by public-health groups and a strict enforcement of the guidelines; third-party independent compliance review; and ultimately a total ban on youth-appealing alcohol advertising.

“Our evidence underscores the need for strong and independent enforcement of the code to prevent continued inclusion of youth-appealing content in alcohol marketing materials,” the authors wrote.

Co-authors on the study include William DeJong and Michael Siegel, professors of community health sciences, and Thomas Babor from the University of Connecticut Health Center.