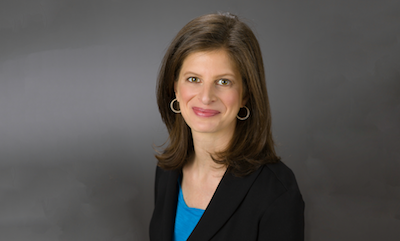 Emily Rothman, associate professor of community health sciences, has been selected as a 2017 IMPACT Award honoree by Safe Havens Interfaith Partnership Against Domestic Violence and Elder Abuse. Rothman will be honored at the 2017 IMPACT Awards celebration in Boston on October 26.

The IMPACT (Individuals Making Progress Against Abuse in Communities Together) Award honors individuals and organizations whose partnership and commitment strengthen the work of Safe Havens and contribute to justice and hope for victims and survivors of domestic violence and elder abuse.

She says she feels especially honored by the award because of her own admiration for the executive director and founder of Safe Havens, Anne Marie Hunter: “She inspires me because she is passionately committed to violence prevention but conducts herself with dignity and mindfulness every step of the way. I’m still working on those things and look up to her as an example of how it can be done.”

Rothman says she is also honored to have been nominated by a former student, Carol Kopelman (SPH’12).

Sudarshana Devadhar, a bishop in the United Methodist Church, will receive the other 2017 IMPACT Award for his efforts to bring domestic violence awareness and training to United Methodist clergy.

Safe Havens was founded in 1991 to engage faith leaders and congregations in addressing domestic violence and elder abuse, and to help build bridges between service providers and faith communities. Currently, Safe Havens works locally in Greater Boston, and nationally as technical assistance providers for the Office on Violence Against Women at the US Department of Justice.