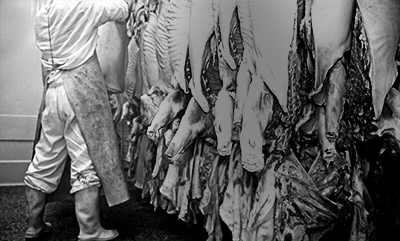 Workers in an industrial slaughterhouse experienced a higher prevalence of serious psychological distress (SPD) compared to US population-wide rates, although specific occupational risk factors were unclear, says a study by School of Public Health researchers.

The study, in the journal WORK: A Journal of Prevention, Assessment & Rehabilitation, examined 137 workers at an industrial beef-packing plant in Nebraska to gauge their level of psychological distress. It found the prevalence rate of SPD among workers at the plant was 4.4 percent, which was significantly higher than the population-wide SPD prevalence rate of 3.6 percent.

The authors said their findings suggest that beef-packing workers are an occupational population that should be targeted for mental health services, and that intervention efforts to reduce job-related mental-health stressors would improve the health of the workforce.

Because the sample size was small, the researchers said future work should be validated with a larger sample that uses more “refined psychological assessment tools,” including biomarkers of stress and evaluations of workers at multiple plants in different geographic areas.

“Meatpacking workers are a difficult occupational population to study, due to language barriers and recruitment challenges, and research on the occupational experience among this population is scant,” the authors said. “Mental health is an important area of future study of this disadvantaged and high-risk workforce to inform workplace and community interventions.”