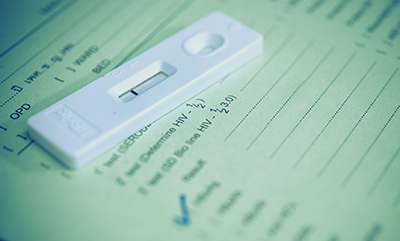 As countries begin expanding eligibility for antiretroviral therapy for those with HIV, close attention is needed to ensure that patients who are retained in treatment early in the “care cascade” do not drop out later, a School of Public Health researcher cautions in a commentary in The Lancet HIV.

Matthew Fox, professor of epidemiology and global health, writes that researchers still do not know whether interventions designed to link and retain patients in HIV care “are long-lasting, or, if for some patients, the interventions simply put off an inevitable loss from care.” He urges providers to recognize that the barriers to entering care may be different than the barriers to initiating antiretroviral therapy (ART) or than those that discourage patients from remaining on ART long-term.

“If patients who are helped by an intervention in one stage of the cascade are then more likely to drop out of care at a later stage, overall outcomes could be worse than predicted,” he says. “Identification of new, effective approaches to improve retention throughout the care cascade, and work to rigorously measure the combined benefits of multifaceted approaches over the long term, should be done to ensure that attrition is reduced, not simply delayed.”

Fox comments on a Lancet HIV study, led by Jack Olney of the HIV Modelling Consortium, that found a universal “test-and-treat” approach (where everyone who tests positive for HIV gets HIV treatment), by itself, might not be as cost-effective as a combination of interventions targeted at improving the entire care process. “The universal test-and-treat approach gets more patients into the health care cascade, but it does not prevent leaks downstream in the cascade,” Fox writes.

He says “singular approaches” that target a certain stage in treatment or a limited set of barriers are unlikely to maximize reductions in mortality and HIV transmission, and may be “shifting attrition to later stages” of care.

Fox calls for “robust evaluations” that track patients across multiple stages of care, in order to inform decision-making.

“Although numerous strategies have been proposed to improve retention of patients, evaluations of those interventions are scarce,” he says. “Long-term follow up of multifaceted approaches targeting multiple stages of the cascade are needed.”