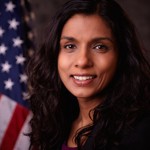 Monica Bharel, commissioner of the Massachusetts Department of Public Health and a longtime advocate for improving health care for Boston’s disadvantaged, will deliver the 2015 SPH Commencement Address.

Bharel was appointed to her post in February 2015 after more than a decade as chief medical officer of Boston Health Care for the Homeless Program, the nation’s largest nonprofit health care organization for homeless individuals. Under her leadership, the organization provided health care to more than 12,500 people in the Greater Boston area at more than 70 different sites.

As DPH commissioner, Bharel is now part of a team leading the state’s response to its troubling opioid addiction epidemic—which Governor Charlie Baker has made a top priority of his first six months in office. Bharel is also responsible for helping the Commonwealth reduce health disparities among various populations, and health care improvement initiatives use data and evidence-based practices.

Bharel comes to DPH widely recognized for her dedication to health care for underserved and vulnerable populations, including ensuring that state and national health care reform efforts enhance the care for homeless individuals. On the public policy side, she was a gubernatorial appointment to the Behavioral Health and Primary Care Integration Task Force by former Governor Deval Patrick, as well as a member of the Massachusetts Medicaid payment reform policy committee, and served in multiple other advisory roles.

Bharel has practiced general internal medicine for more than 20 years in neighborhood health centers, city hospitals, the Veterans Administration, university hospitals, and nonprofit organizations. She has been a faculty member at Harvard Medical School, the School of Medicine, and Harvard School of Public Health.

She received her MPH from Harvard School of Public Health with a concentration in health care policy and management. She earned her medical degree from the School of Medicine and completed internal medicine residencies at Boston Medical Center. 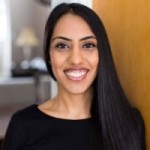 Pawandeep Kaur, a social and behavioral sciences concentrator committed to bridging health care disparities, has been named the student speaker at the 2015 SPH Commencement.

Kaur is currently working with the Boston Healthy Start Initiative to help create systems and structures for the agency’s Community Action Network. In the past, she has worked as a clinical trial administrator for a pharmaceutical company based in Canada, where her family settled after emigrating from Oman.

In a personal essay submitted to the selection committee, Kaur detailed the importance of her family’s journey to Toronto from Oman when she was 16: “Now I am in Boston, a first-generation college student and the first of my family to attend graduate school. In each country, I injected myself into the community by partaking in the activities I cared most about. Being a Sikh, my faith has always taught me to serve the underserved. Over time the interest that remained constant was figuring out ways to contribute to the betterment of society, with a special focus in health. “

At SPH, she co-organized a pharmaceutical symposium en route to earning her certificate in the SPH Pharmaceuticals Program. She also became a board member of the Massachusetts Adolescent Sex Offender Coalition (MASOC), and contributed as a teaching assistant for the “IH800: Clinical Development of a New Medicinal” course. To broaden her knowledge base, she also attended multiple public health-related events outside of SPH and represented BU at the Consortium of Universities for Global Health (CUGH) conference. 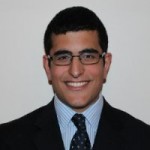 Sami Hamdan, a dual degree BS/MPH student in the 4+1 program, is the winner of the 2015 Leonard H. Glantz Award for Academic Excellence.

The Glantz Award is the highest award granted to a graduating MPH student at SPH. The award is named in honor of Leonard H. Glantz, a current professor of health law, bioethics & human rights, who served for 30 years as academic dean and demanded rigorous standards in curriculum and teaching throughout the academic program.

Glantz Award winners are nominated by faculty, and should demonstrate exceptional academic performance, creative and critical thinking, and seriousness and professionalism in public health.

Hamdan will graduate from SPH with a 4.0 GPA and plans to attend medical school in the fall. Several of his professors called Hamdan one of the most gifted students they had encountered in decades of teaching, yet he demonstrated a soft-spoken, collegial nature with other students.

Said one faculty member, “Without fail, he was respectful and inclusive in his dealings with his peers, and thus was very well-respected in the class for his frequent and thoughtful contributions. He was never the ‘know-it-all’ even though he generally was far ahead in his comprehension and insight into the material under discussion.”

Norman A. Scotch Award for Excellence in Teaching 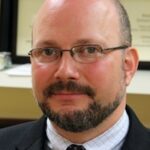 Christopher Gill, an infectious disease specialist who directs the SPH Pharmaceuticals Program, is the winner of 2015 Norman A. Scotch Award for Excellence in Teaching.

The Scotch Award is presented annually to an individual who has made outstanding and sustained contributions to the education program of SPH. The award is meant to recognize individuals, faculty, or others who have substantially enriched the educational experience for the students at the School.

As commissioner of the Pharmaceuticals Program, Gill heads a unique educational offering that educates public health practitioners about the role of pharmaceuticals in public health. He is also a member of the World Health Organization Collaborating Center on Pharmaceutical Policy (WHOCCPP), which provides research and programs for the improvement of access to essential drugs in developing countries and the development of policies that promote greater affordability and the appropriate usage of these medicines.

Outside of the Pharmaceuticals Program, Gill’s research interests have focused on child survival, and include diarrheal diseases, tuberculosis, pneumococcal and meningococcal disease, adherence to HIV medications, and neonatal survival.

In one of many nomination letters from students and faculty, a colleague called a Gill “a terrific lecturer, able to convey complex information in a way that helped students see the main points clearly through the ‘trees’ of detail.” In a lecture on interpretations of probability and Bayesian statistics, a colleague wrote that Gill “incorporated the story of his mother’s illness, explaining how the probabilities at different stages of her diagnosis changed based on test results.” 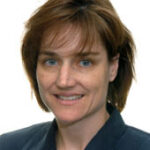 Josée Dupuis, a professor and associate chair of biostatistics, is the winner of the 2015 SPH Faculty Career Award in Research and Scholarship.

This honor is given annually to recognize a faculty member for a distinguished body of scholarly or scientific work on a specific topic or within a general area of expertise.

Dupuis has extensive experience in the development and application of methods for mapping complex traits. As the current president-elect of the International Genetic Epidemiology Society (IGES), she is a member of a leadership team heading a collaborative international community of leaders in genetics, epidemiology, statistics, biology, and related biomedical disciplines

Dupuis is a fellow of the American Statistical Association (ASA), the nation’s preeminent professional statistical society. She was honored for “outstanding contributions to the development and application of statistical methods for genetics data; for excellence of collaborative research in mapping human complex disease genes; and for significant service to the profession, particularly at the interface of statistics with genetic epidemiology and medicine.”

She is also a fellow of the American Association for the Advancement of Science (AAAS), honored for her “distinguished contributions to the field of statistical genetics,” which have led to the “discovery and improved understanding of the genetic basis for common human diseases.”

In addition to her work at SPH, Dupuis serves as faculty on BU’s interdisciplinary Graduate Program in Bioinformatics. The program, one of the nation’s first of its kind, offers unique interdisciplinary training in the science, engineering, medicine, and ethics of 21st-century cell biology.