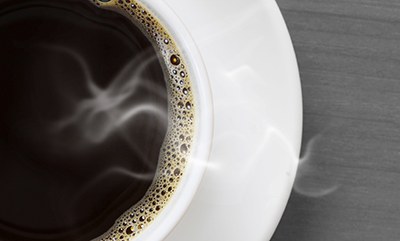 Caffeine consumption before pregnancy does not appear to affect the risk of miscarriage, but consumption during early pregnancy is associated with a small increased risk, according to a new study led by School of Public Health researchers.

The study, published in the journal Human Reproduction, is the largest to date of prospectively measured, preconception caffeine consumption and risk of miscarriage. Caffeine has been hypothesized as a risk factor for miscarriage since the 1980s, but previous studies have produced conflicting results.

In the new study, researchers examined caffeine consumption among more than 5,000 women planning pregnancy who were enrolled in a Danish study between 2007 and 2010. Women reported their daily caffeinated beverage consumption on questionnaires before conception and during early pregnancy.

There were 732 women (14.3 percent) who were identified as having miscarriages. In the preconception period, caffeine consumption was not materially associated with miscarriage risk, the study found. But in early pregnancy, the risk associated with consuming 100–199 mg/day, 200–299 mg/day, and more than 300 mg/day was elevated, compared with consumption of less than 100 mg a day.

Kristen Hahn, a research fellow in epidemiology and lead author of the study, said, “The results indicate that caffeine consumption in early pregnancy may be associated with a small increase in risk of miscarriage. Although our study is larger and improves on prior studies of this topic, our findings are still subject to various interpretations because there was no evidence of a dose-response effect with increasing consumption of caffeine in early pregnancy.”

Caffeine consumption has been shown to alter endogenous hormone levels in some studies, and, in turn, these alterations in hormones could affect the risk of miscarriage, the study says. But because physiologic processes change during pregnancy, the associations between caffeine and hormone concentrations still have not been fully established.

The publication is the latest research from an ongoing study known as Snart-Gravid, which is directed by Elizabeth Hatch, professor of epidemiology. It was funded by the Eunice Kennedy Shriver National Institute of Child Health and Human Development. Hahn’s work was funded in part by the BU Reproductive, Perinatal, and Pediatric Epidemiology Training Grant from the National Institutes of Health.