Annas on Ebola Treatment: Ethical Issues at Heart of Debate over Experimental Drug Use

As West Africa experiences the largest and most severe outbreak of Ebola virus disease in history, the World Health Organization convened a panel of ethics experts to weigh some of the complex questions around access to treatment. The group reached consensus that it was ethical to offer “unproven interventions," even if effectiveness or complications are unknown.

The issue of whether medicine untested on humans should be used on people – and if so, who should get it – is just one of many ethical questions stirred by the Ebola crisis. An experimental serum called ZMapp, never tested on humans, initially was given to two stricken American aid workers and later a Spanish priest (who died), while hundreds of victims in Africa have gone untreated.

George Annas, chair and professor of health law, bioethics and human rights at BUSPH and a renowned ethicist, sees the hype over drug availability as expected, but misplaced. He offers his thoughts on ethical considerations:

What do you make of all the focus on who has gotten ZMapp?

"The most important point to make about Ebola drugs is that the Ebola epidemic will not be solved by any existing drug, no matter how effective. The Ebola epidemic is a public health disaster that requires a heavy-duty public health response, complete with the the establishment and maintanence of clean, well-supplied and professionally staffed clinics to care for patients with the disease, and a clear plan to identify and monitor those they have been in close contact with for symptoms of the disease.

"The firestorm of comments about the experimental drugs in development, and giving them to the two Americans, taps deep into both our faith in technological solutions to health problems, and into our fear that medical care will always be made available to the privileged in society first, and to the poor last, if at all. Nonetheless, there are legal and ethical concerns about how experimental drugs should be deployed in the midst of a public health emergency." 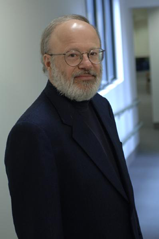 Is it acceptable to skip the normal drug-testing pathway in a crisis like this?

"Yes. In both law and ethics, exceptions to general rules can be made in emergency situations. In this regard, not only does the FDA have rules that provide for individual patients to obtain “expanded access” to investigational drugs outside of a clinical trial, the FDA also has an “emergency” procedure which permits physicians to apply to use such drugs for patients with “a serious or immediately life-threatening disease,” for which there is no satisfactory alternative. Under these circumstances, the FDA can (and did, in this instance) act quickly. Of course, there are legal and ethical rules that do NOT change in emergencies. The drug must be expected to provide benefit and not cause harm, and the patient must give his or her informed consent, which would include having an appreciation of the risks and how little is known about the drug."

Can the use of experimental drugs on Americans, and not Africans, be justified here?

"It could be justified, on the basis that these two patients were the only ones whose physicians requested access to ZMapp, and that their physicians had no obligations to put other patients before their own. Closely related to this would be the very limited supply of the drug—perhaps only enough for these two. This, of course, begs the question: what if there was only enough for one of them, how would you choose -- i.e., the sickest, the youngest, the one most likely to benefit, the first patient? We have no generally agreed-upon ethical rules for this, but the fairest way is always to use a lottery method, assuming all in the pool of potential recipients have a reasonable chance to benefit from the drug.

"Even in a public health emergency, however, fundamental human rights precepts cannot be violated. For example, we cannot base an allocation decision on race: We must treat all human beings as equal in dignity and not discriminate against individuals on the basis of race, religion, or ethnicity."

Should experimental drugs being developed in the US simply be rolled out in Africa?

"The fact that there is no approved treatment for Ebola does not justify trying out whatever we have that might work because there is an epidemic of convenience. On the other hand, if the drugs we are currently working on have been shown to be reasonably safe, and if there is realistic and robust African review and individual informed, voluntary consent, use of American-developed drugs in Africa could be justified. They could be made available as treatment under some form of expanded access/compassionate use program. Nonetheless, it would be critical to keep detailed records on all people who got the drugs, so that we could learn from this experience. We have already failed to adequately respond to the current epidemic; what we are doing now is, in many ways, preparing to handle the next one better."

Does the situation have any parallels in history?

"Yes, at the beginning of the HIV/AIDS epidemic, for example, ACT-UP demanded access to all sorts of investigational drugs, as well as the use of existing drugs for new purposes. One infamous drug that did not work was the French drug HPA-23, which Rock Hudson flew to Paris to obtain in 1984. Another was Suranim, which had been widely used to treat African sleeping sickness and was touted as 'promising' for treating HIV. Still other researchers announced that they had cured AIDS using cyclosporine. Perhaps the closest parallel was when a Zairian scientist announced at a press conference that he had a 'possible' cure for AIDS. Following that, the number of men in Zaire who believed AIDS could be cured doubled, and educational efforts aimed at prevention were set back.

"The same could happen here—unrealistic beliefs in a 'cure' for Ebola could set back the absolutely essential public-health messages of disease containment and control. I also think that any strategy we in the U.S. adopt that is centered on a new or miracle drug cure for Ebola will do little or nothing for those suffering from the disease in Africa, but could provide us with a comforting illusion that we are doing something to help."

How different would the government response to Ebola be, in your view, if the outbreak was in Europe instead of Africa?

"You have to ask? Night and day. The very first patients would have been isolated immediately, their contacts monitored closely, and the disease effectively dealt with before it could spread."