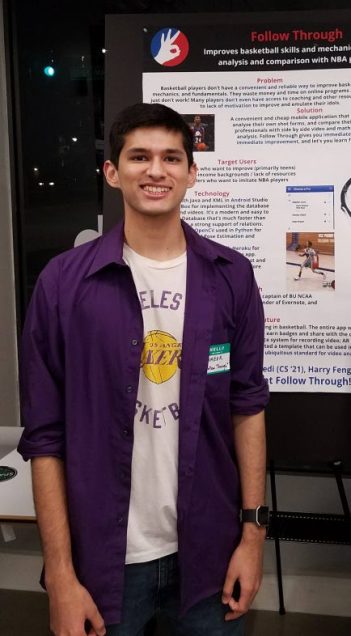 Practice makes perfect, especially for athletes who work hard everyday in practice in order to perform their best for their games and competitions. Sameer Chaturvedi (CAS ‘21) is devoted to the game of basketball, but realized that the learning techniques on proper form and movements was not efficient for himself or for others.

“I kind of self taught myself basketball when I was in India, so I didn’t have any coaches, and basketball is not very popular in the country. I learned how to play basketball by watching NBA players, by looking at film, by looking at my movements and trying to see how to improve. I saw that it wasn’t very efficient and I saw that the people around me weren’t learning the same techniques and they weren’t getting the results that they wanted.”

So Chaturvedi took it into his own hands to solve this issue. In order to better his own form, he decided to create an app that would help him do so.

“When I first started off, it was supposed to be a very basic app that has very basic functionality that I would find useful. I kind of wanted it to be a personal tool for me to just open it up and use it when I’m on the basketball court. As I was going through the process of making it, I started having these ideas of different ways where this could actually be something that other people can use, and if I add this feature, and this feature, and a bunch of other stuff, then it would actually be something that’s technically challenging and also something that the world kind of needs.”

Although Chaturvedi had originally planned the app around his desire to help himself, he quickly realized how others too could benefit from his product idea. Chaturvedi realized that his product was going to be much more technologically advanced than previously anticipated. 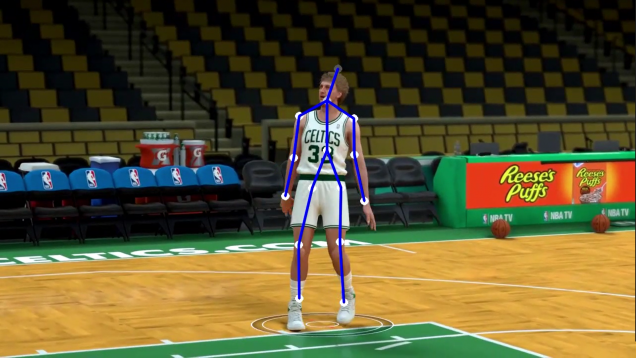 “After conducting interviews, I realized that a lot of the features that people really cared about were fairly technologically advanced. Originally, I had my MVP of my app ready, and I was ready to start advertising, marketing, maybe launching it on the app store, but after all of those interviews and after meeting with executives, I realized that I wanted to first develop the technological hard aspects of it and then see where I can take it and then go public with it.”

Chaturvedi was able to discover Spark! though a president of a club he was in as a freshman, who happened to be a TA for Spark! He encouraged Chaturvedi to apply for the fellowship, and although Chaturvedi felt that due to his status as a freshman and the idea that there would be many more experienced people than him, he wouldn’t stand a chance.

“I applied anyway, and when I got in and I saw that everyone was super smart and entrepreneurially focused, I thought the culture was really great, so I ended up working with Spark! for the past three semesters. It’s really helped me improve my project because it makes you think in areas that you wouldn’t think of if you were just sitting in your room alone working on your project.”

Chaturvedi quickly adapted to the Spark! environment and excelled in his experience. Although he still considers himself young and new to the game, he has no problem reaching out for assistance when needed and keeping his confidence in himself and his future product high.

“The tech behind the product is something that people are still trying to solve today. I’m competing against PhDs and these really advanced machine learning, and I’ve been doing this for years and I’m just this freshman/sophomore kid who’s trying to keep up and trying to get back in the game of basketball, so I think that’s just been the hardest aspect in general. I’ve been learning on the way.”

However, Chaturvedi remains unphased, as he continues to take bigger steps to further improve his product until it becomes exactly what he envisioned and what he thinks is going to be best for his targeted audience.

“This past semester I’ve been able to get something that looks really cool, and that’s what I’ve been aiming for; I have something that’s unique and looks interesting, and now I kind of want to go off on that but also start talking  to executives and go to meetings where I can get more advice and see where they can take me.”