Professor Saida Grundy appeared as a panelist for the televised WGBH program Basic Black discussing race and immigration policy during the first year of the Trump administration. 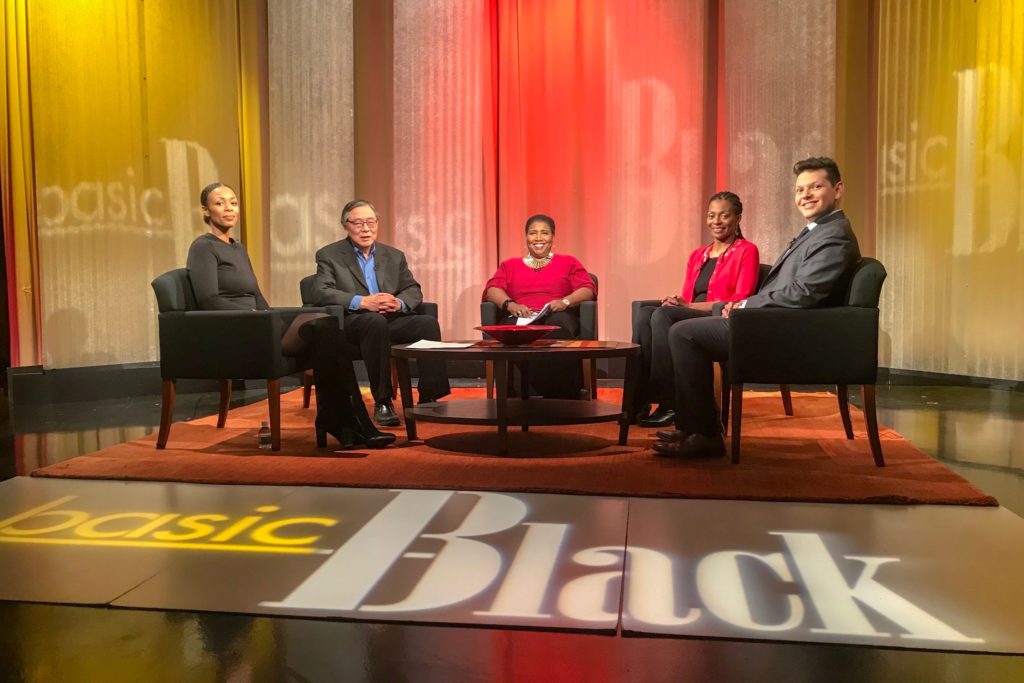 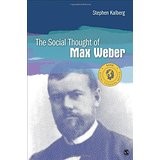 The Social Though of Max Weber, by Professor Stephen Kalberg

The work--published by SAGE Publishers Inc--details the life and thought of one of sociology's most important founders, Max Weber. The Social Thought of Max Weber is one in a series called Social Thinkers Series. 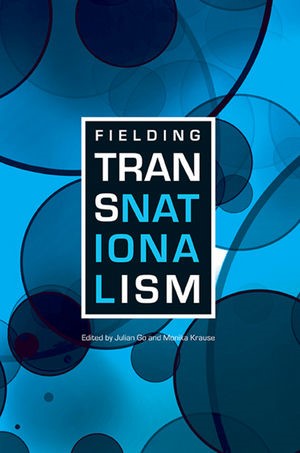 Working with a series of essays written by prominent experts across a variety of eras and specialties,

Fielding Transnationalism, "establishes field theory as a lens through which one may inquire about patterns and institutions in the social world." 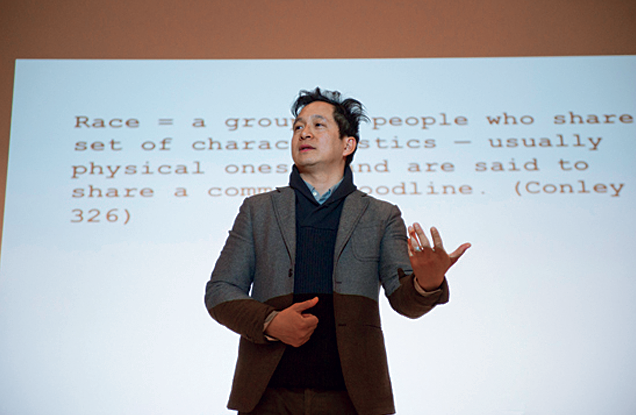 Professor Julian Go has been inducted as Honorary Initiate to BU's chapter of the national honorary society, Phi Beta Kappa.

With this honor, he delivered the initiation address for the Phi Beta Kappa ceremony, which was held last week in the Tsai Performance Center.

Phi Beta Kappa is an honor society founded at the College of William & Mary in 1776. Its honors are reserved for those who achieve high scholarship. 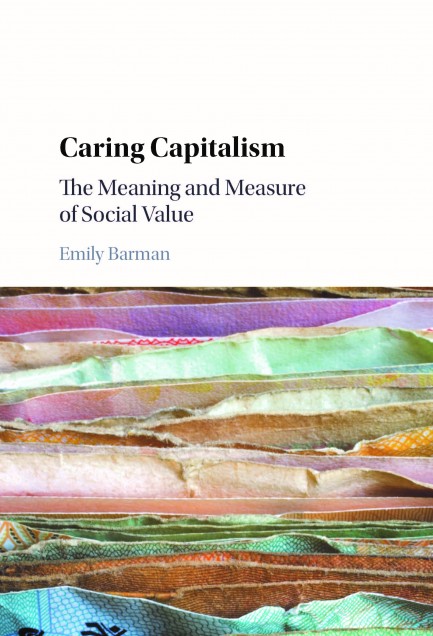 Professor Emily Barman's latest book, Caring Capitalism: The Meaning and Measure of Social Value in the Market has recently been published by Cambridge University Press.

In this work, Barman explores how the growing emphasis of "social value" in the marketplace has shifted the way organizations and companies determine and demonstrate the social value of their goods and services. Barman studies this social valuation across sectors, ranging from non-profits, to social enterprises, to socially responsible businesses.

In 2007, Professor Barman's first book--Contesting Communities--won the best book award from the National Association of Fundraising Professionals. She has also previously written about the social organization of  altruism and philanthropy in such publications as Journal of Management Studies, American Journal of Sociology, Nonprofit and Voluntary Sector Quarterly, Sociological Forum and Valuation Studies. 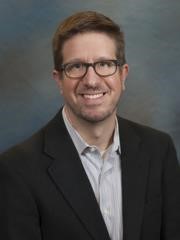 Wayne Batchis (BA Sociology and Political Science, 1996), Associate Professor of Political Science at the University of Delaware, has published a new book entitled The Right’s First Amendment: The Politics of Free Speech & The Return of Conservative Libertarianism (Stanford University Press, 2016).  Based on examination of six decades of the writings of conservative thought leaders, and the evolution of constitutional law and the ideological predispositions of Supreme Court justices, the book explores conservatives’ increasingly strong support of the First Amendment as a defense against political correctness and as establishing freedom of commercial expression.  These associations contrast sharply with the earlier association of the amendment with the free speech rights of political liberals, as on the college campuses of the 1960s.  Floyd Abrams, long one of the nation’s preeminent experts on the First Amendment, said of the book: “The Right’s First Amendment describes, with gusto and fairness, this startling shift in conservative views, one with major impact on the liberty of all Americans.”

Dr. Batchis was the 1996 winner of the undergraduate College Prize for Excellence in Sociology. Congratulations, Wayne! 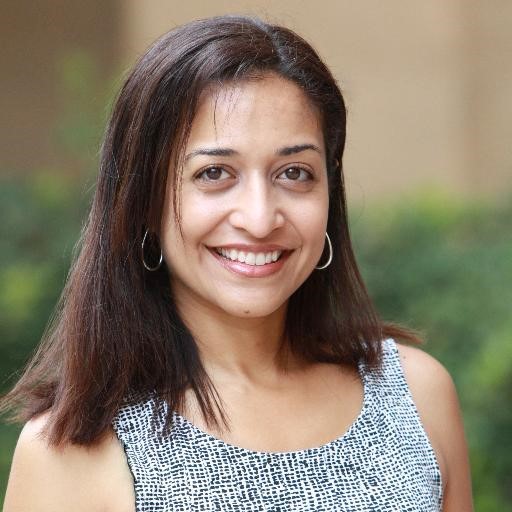 Cynthia Feliciano (BA Sociology and Political Science, 1995), Associate Professor of Sociology and Chicano/Latino Studies at the University of California, Irvine, has been appointed a Russell Sage Foundation Visiting Scholar for 2016-17.  With her UCI colleague Rubén Rumbaut, Cynthia will work on a book project that investigates the socioeconomic, cultural, and political incorporation of the immigrant second generation, examining their adult transitions during and after the Great Recession.  The project is based upon a panel study of respondents that spans a quarter of a century, from their mid-adolescence to middle adulthood, and will examine such factors as family and identity formation, educational and occupational attainment, and political views.

Dr. Feliciano was the 1995 winner of the College Prize for Excellence in Sociology.  Congratulations, Cynthia! 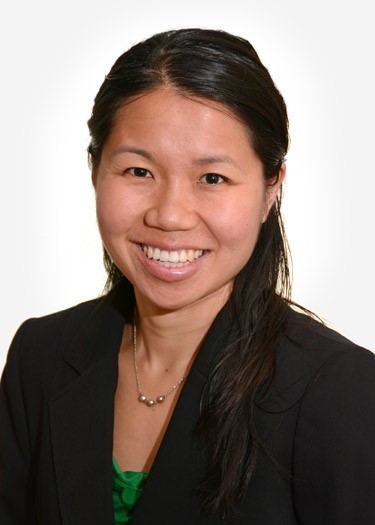 Keeping with recent tradition, the Department of Sociology is pleased to announce that it will once again welcome an alumna from ten years’ past as our commencement speaker. Dr. Joanna Ng (CAS '06, MED '10) will return to Boston University to address the 2016 graduating seniors and their families.

Joanna Ng graduated magna cum laude from Boston University in May 2006 with a Bachelor of Arts Degree in Sociology and a minor in Biology. She then earned her medical degree from Boston University School of Medicine, graduating in 2010 with induction into the Gold Humanism Honor Society and as the recipient of the William J. McNary Alumni Award with distinction in leadership and service. She was named one of Boston Magazine’s “Top Doctors in Training” in 2010, and given her love of caring for the underserved, Dr. Ng matched in General Surgery at Boston Medical Center, where she continues to train through 2017.

As a resident, she has taken care of many trauma and surgical patients, including those injured in the Boston Marathon bombing, and was recently featured in ABC’s television documentary “Save My Life.” During her two year research sabbatical, she studied peripheral nerve regeneration and microvascular reconstruction at Massachusetts General Hospital, earning many podium presentation awards, the 2014 Plastic Surgery and Education Foundation Basic Science Grant, and published several papers and surgical textbook chapters. After finishing her training as chief resident, Dr. Ng will begin her fellowship in Plastic and Reconstructive Surgery, where she will specialize in post-oncologic and microsurgical reconstruction.

When not in the hospital, she and her husband Scott, an emergency medicine physician, spend most of their time chasing their toddler Jenna and discovering good food and wine. She was honored to be the commencement speaker in 2006 and is ecstatic to be back a decade later.

The 2016 Sociology Commencement will be held at 9AM on Sunday, May 15th at the Questrom School of Business Auditorium (Hariri Building, formerly known as SMG). For more information about the Sociology Department Commencement Ceremony, please view this page. 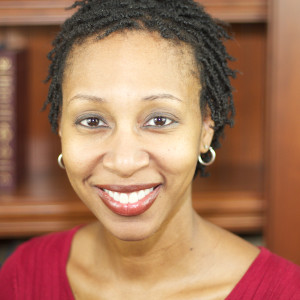 Please join us on Friday, February 19th, as we welcome Professor Adia Harvey Wingfield of the Washington University in St. Louis as our first Spring 2016 Seminar Series speaker. Professor Wingfield will present:

Biography: Dr. Adia Harvey Wingfield is a Professor of Sociology at Washington University in St. Louis. She was on the sociology faculty of Georgia State University from 2006 through 2015. Professor Wingfield received a Ph.D. in sociology from Johns Hopkins University in 2004. She specializes in research that examines the ways intersections of race, gender, and class affect social processes at work. In particular, she is an expert on the workplace experiences of minority workers in predominantly white professional settings, and specifically on black male professionals in occupations where they are in the minority.

Dr. Wingfield has lectured internationally on her research in this area, and her research has been published in numerous peer-reviewed journals including Social Problems, Gender & Society, Qualitative Sociology, and American Behavioral Scientist. She is the author of several books, most recently the award-winning No More Invisible Man: Race and Gender in Men's Work (Temple University Press).

Professor Wingfield teaches classes on race, gender, social theory, and work, that encourage students to wrestle with the ways that intersections of race, gender, and class are institutionalized in various social spheres like media, the workplace, schools, and in public spaces. 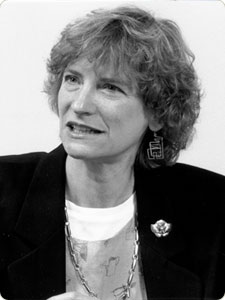 Please join us on December 4th, 2015, as we welcome Professor Susan Bell of Drexel University as our final Fall 2015 Seminar Series speaker. Professor Bell will present "Interpreting for Immigrants in Hospital Clinics: An Ethnography of Outpatient Care in Maine."

Biography: Susan Bell is Professor of Sociology and Head of the Department of Sociology at Drexel University. Her specialty is the sociology of health and illness, in which she investigates the experience of illness, women's health, and visual and performative representations of the politics of cancer, medicine, and women's bodies. Currently, she is exploring the global flow of biomedical knowledge and spatial permeability by listening to and analyzing stories constructed in interactions between immigrant patient populations and staff in a U.S. hospital outpatient clinic.