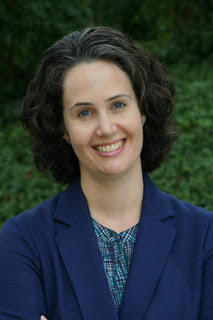 Professor Heather Schoenfeld’s teaching and research areas include the sociology of law, crime and punishment, and public policy. Her award-winning scholarship focuses on the origins and development of mass incarceration in the United States. She is the author of Building the Prison State: Race and the Politics of Mass Incarceration (University of Chicago Press, 2018). Current projects include research funded by National Science Foundation that examines states’ efforts to reduce imprisonment; research on correctional officers’ attitudes; and research on changes in imprisonment rates. Her methodological expertise lies in historical, comparative, and case study methods. Dr. Schoenfeld holds a courtesy appointment in the Boston University School of Law and is a faculty affiliate of the Hariri Institute for Computing and the American and New England Studies Program. She teaches Introduction to Law & Society and the Sociology of Law.

Heather Schoenfeld, Building the Prison State: Race and the Politics of Mass Incarceration (University of Chicago Press, 2018). [Recipient of the American Association of State and Local History Award of Excellence, August 2019]

Heather Schoenfeld, “A Research Agenda on Reform: Penal Policy and Politics Across the States,” Annals of the American Academy of Political and Social Sciences, 2016, vol. 664, pgs. 155-175.

Michael Campbell and Heather Schoenfeld, “The Transformation of America’s Penal

“Reforming Criminal Justice: The Real Impact of a Law and Order Administration,” The Hill, Jan. 6, 2017.