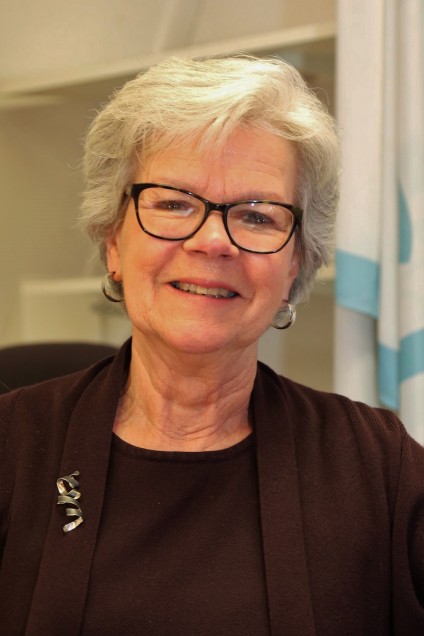 Nancy T. Ammerman is Professor of Sociology of Religion in the Sociology Department of the College of Arts and Sciences and in the School of Theology.

Dr. Ammerman is at work on a book developing a sociological theory of “lived religion.” It builds on a growing body of research, including her 2013 book, Sacred Stories, Spiritual Tribes: Finding Religion in Everyday Life, (Oxford University Press), which documents the way religion and spirituality operate across the many domains of daily lived experience, as well as her edited 2006 book Everyday Religion: Observing Modern Religious Lives (Oxford University Press).

Earlier in her career, Dr. Ammerman spent many years studying congregations.  Her 2005 book, Pillars of Faith: American Congregations and their Partners (University of California Press) describes how America’s diverse congregations do their work. It was awarded the Distinguished Book award by the Religion Section of the American Sociological Association.  It followed her 1997 book, Congregation and Community, which analyzes twenty-three congregations that encountered various forms of neighborhood change in communities around the country.

Her first book, in 1987, was Bible Believers: Fundamentalists in the Modern World, a study of an independent Baptist church in New England, exploring the way in which its members make sense of their lives.  Attention to resurgent conservatism continued with Baptist Battles: Social Change and Religious Conflict in the Southern Baptist Convention, which received the 1992 Distinguished Book award from the Society for the Scientific Study of Religion.  There she provided an historical and sociological account of the divisions that faced America’s largest denomina­tion. She also contributed sections on Christian movements for the volumes of “The Funda­men­talism Pro­ject” of the American Academy of Arts and Sciences.

Nancy was the 2004-05 President of the Society for the Scientific Study of Religion, the 2000-01 Chair of the Religion Section of the American Sociological Association, and the 1995-96 President of the Association for the Sociology of Religion. She is a frequently quoted news source on a variety of topics. http://www.bu.edu/experts/profiles/nancy-ammerman-phd/.

Other recent publications include:

2012    (with Roman R. Williams) “Speaking of Methods:  Eliciting Religious Narratives through Interviews, Photos, and Oral Diaries.” Pp. 117-134 in Annual Review of the Sociology of Religion: New Methods in Sociology of Religion, edited by Luigi Berzano and Ole Riis. Leiden: Brill.