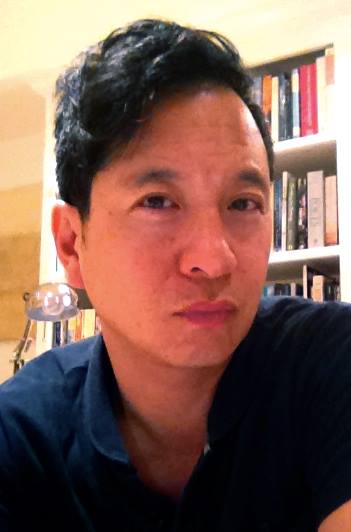 HONORS AND AWARDS Julian has won the Wisneski Teaching Award for the College of Arts and Sciences at Boston University and the Templeton Award for Excellence in Student Advising. Besides winning various prizes for his books, he was also the recipient of the 2018 Lewis A. Coser Award for Theoretical Agenda-Setting in Sociology, given by the American Sociological Association.

RESEARCH: Julian’s teaching and research areas include comparative-historical sociology; empires, colonialism and post colonialism; social theory; global sociology; and politics & culture. His scholarship explores the sociology of empires, colonial encounters, postcolonial global formations, and postcolonial thought. Much of his early work has focused upon the United States empire. This research has resulted in various articles and various book projects, which include: The American Colonial State in the Philippines: Global Perspectives (co-edited with Anne Foster, Duke University Press, 2003),  American Empire and the Politics of Meaning (Duke University Press, 2008) (co-winner of the Mary Douglas Prize for Best Book from the Sociology of Culture Section of the American Sociological Association and Finalist for the Philippines National Book Award), and Patterns of Empire: the British and American Empires, 1688 to Present (Cambridge University Press, 2011), which won the prize for Best Book in Global &  Transnational Sociology from the American Sociological Association, the American Political Science Association’s J. David Greenstone Book Award for the Best Book in Politics and History in 2010 and 2011, the 2013 Francesco Guicciardini Prize for Best Book in Historical International Relations from the International Studies Association, and was one of Choice’s “Outstanding Academic Titles” in 2012.

More recently Julian has been writing about postcolonial thought and social theory, culminating in his book, Postcolonial Thought and Social Theory (Oxford), which has won recognition from the Association of American Publishers’ Professional and Scholarly Publishing Division and the Eastern Sociological Society. His other recent books include  Fielding Transnationalism (co-edited with Monika Krause, Wiley & Sons) on how Bourdieusian field theory can be rescaled for a transnational and global sociology, and Global Historical Sociology, co-edited with George Lawson (Cambridge U. Press).

Interviewed on the podcast show of the Centre for International Policy Studies, University of Ottawa

Interviewed on Radio Pacifica’s “Against the Grain” radio program.

In The New Left Project on Patterns of Empire, interviewed by Alex Doherty

On Political Power and Social Theory, interviewed by Margaret Adolphus

On American Empire and the Politics of Meaning, interviewed by Karen Barkey from Trajectories

2011. Patterns of Empire: the British and American Empires, 1688 to Present (Cambridge University Press).

Winner, American Political Science Association J. David Greenstone Book Award for the best book in Politics and History in 2010 and 2011

2008. American Empire and the Politics of Meaning: Elite Political Cultures in the Philippines and Puerto Rico. Duke University Press.

2014. “The Historical Sociology of Empires: Response to Critics” (part of book forum on Patterns of Empire) Comparative Studies of South Asia, Africa and the Middle East 34(3): 644-651

For a complete list with other publications and pre-2015 articles, see his Curriculum Vitae.