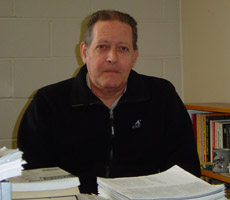 Jeff Coulter is Professor of Sociology and associate faculty of philosophy at Boston University. Professor Coulter’s interests and publications range from ethno-methodological studies of practical action to Wittgenstein, from the analysis of human mentality (especially the mind-body problem) to the sociological re-specification of theories of perception and emotion. He has also written on the problems of applying probability theory to the analysis of human action. Dr. Coulter has served as Senior Fellow of the Humanities Foundation at BU and is Honorary Senior Research Fellow at the University of Lancaster, England. The member of numerous editorial boards, he is also the recipient of the Graduate School of Arts and Sciences Teaching Prize (2000) and the Metcalf Award for Excellence in Teaching at Boston University (1987).

2001. “The ‘Mind as Chimera for the Sciences in the 20th Century” in Stuart Shanker and David Kilfoyle (eds.), Ludwig Wittgenstein: Critical Assessments, 2nd series, volume 3. Routledge.

2001. “Human Practices and the Observability of the ‘Macro-social’” (reprinted as revised) in T. Schatzki (ed.), The Practice Turn in Contemporary Theory. Routledge.

1990. Ethnomethodological Sociology: Classical Studies (Edward Elgar, London) is an edited anthology of sixteen major papers with an introduction and multilingual bibliography of the field (compiled with B.J. Fehr and Jeff Stetson).