Professor and Department Chair of Sociology 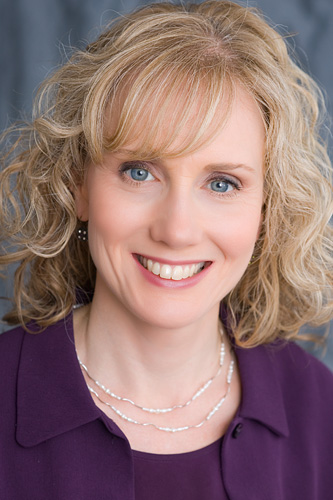 Deborah Carr is Professor and Chair in the Sociology department at Boston University. She earned her Ph.D. in Sociology from the University of Wisconsin-Madison in 1997.  Dr. Carr has held faculty positions at University of Michigan, University of Wisconsin, and most recently at Rutgers University, where she was acting director of the Institute for Health, Health Care Policy & Aging Research. Her research interests include aging and the life course, psychosocial factors influences on health over the life course, and end-of-life issues. Her latest book, Golden Years: Social Inequalities in Later Life (2019, Russell Sage) delves into the ways that persistent race, class, and gender inequalities shape experiences of old age in the United States.

One strand of her research focuses on how family roles and relationships affect health and well-being, with an emphasis on stressors like divorce, caregiving, and marital strain. This work has appeared in journals including Journal of Gerontology: Social Sciences, Journal of Health and Social Behavior, Journal of Marriage and Family, and several edited volumes. She co-authored a trade book on the ways that generational differences in women’s work and family roles shape mother-daughter relationships: Making Up with Mom: Why Mothers and Daughters Disagree about Kids, Careers, and Casseroles (and What to Do about it) (2008, St. Martin’s Press/Thomas Dunne). She explores linkages between stress and health in Worried Sick: How Stress Hurts Us and How to Bounce Back (2014, Rutgers University Press).

A second strand of her research focuses on bereavement and end-of-life decision-making among older adults. She is interested in how demographic, technological, and social/political changes affect the experiences of the dying and their families. This research has appeared in journals including The ANNALS, Annual Review of Sociology, Journal of Gerontology: Social Sciences, Journal of Health and Social Behavior, Journal of Marriage and Family, The Gerontologist, and several edited volumes. She is co-editor of Spousal Bereavement in Late Life (2006, Springer Publishing). She has served as principal investigator on several NIA-funded studies of end-of-life issues, including the New Jersey End of Life study and Wisconsin Study of Families and Loss (WISTFL), a follow up to Wisconsin Longitudinal Study.

Her third area of research focuses on the social, psychological, and interpersonal consequences of body weight and obesity. This work has appeared in journals including Annals of Behavioral Medicine, BMC Medicine, Journal of Health and Social Behavior, Obesity, Social Psychology Quarterly, and Social Science & Medicine.

Carr is an enthusiastic teacher, and has co-authored two popular introductory sociology textbooks (with A. Giddens, M. Duneier, & R. Applebaum), and a research methods textbook The Art and Science of Social Research (with E. Boyle, B. Cornwell, S. Correll, R. Crosnoe, J. Freese, and & M. Waters), all with W. W. Norton.

Carr is a member of the honorary organization Sociological Research Association and is a Fellow of the Gerontological Society of America. She has served as deputy editor of Social Psychology Quarterly and Journal of Marriage and Family, and as trends editor of Contexts (an American Sociological Association publication). She is currently editor-in-chief of Journal of Gerontology: Social Sciences for the 2015-2020 term. Dr. Carr has held offices in the American Sociological Association including chair of the Aging & Life Course section, and is now chair of the Medical Sociology section. She served as Chair of the Board of Overseers of the General Social Survey, and is a co-investigator on the Midlife Development in the United States (MIDUS) and Wisconsin Longitudinal Study (WLS).  She is principal investigator of the National Longitudinal Study of Youth 1979 (NLSY79), and recently served a four-year term (2015-19) on the National Institutes of Health’s  Social Sciences and Population Studies B (SSPB) study section.

Dr. Carr is a strong proponent of public sociology, and enjoys speaking to the general public about issues related to aging, health, stress and families.  Recent media appearances include the New York Times,  ABC Nightly News, and Forbes. Recent essays have been published in The Hill, Psychology Today, and elsewhere.

Carr, Deborah and Elizabeth Luth. 2019. “Well-Being at the End of Life.” Annual Review of Sociology 45.

Carr, Deborah, Jennifer C. Cornman, and Vicki A. Freedman. 2019. Do Family Relationships Buffer the Impact of Disability on Older Adults’ Daily Mood? An Exploration of Gender and Marital Status Differences. Journal of Marriage and Family 81: 729-746.

Carr, Deborah. 2016. “Is Death ‘The Great Equalizer’? The Social Stratification of Death Quality in the Contemporary United States.” The ANNALS: American Academy of Political and Social Research 663: 331-354.

Carr, Deborah and Kristen Springer. 2010.“Advances in Families and Health Research in the 21st Century.” Journal of Marriage and Family (Decade in Review Special Issue) 72: 744-762.

Our very own Sociology Chair, Professor Deborah Carr, was quoted in the...

The presentation of the Undergraduate Honors Thesis Capstone projects for Temma Grace...