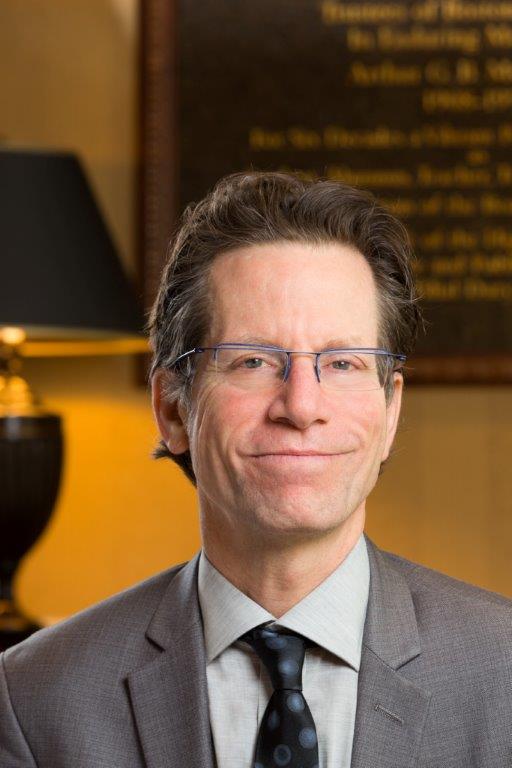 Daniel Lee Kleinman is Associate Provost for Graduate Affairs and Professor of Sociology.  Before coming to BU in January of 2017, Kleinman spent 17 years on the faculty at the University of Wisconsin—Madison.

Broadly speaking, Kleinman’s scholarly research explores the politics of science.  Some of this work focuses on politics in the colloquial sense—that is, he is interested in science policy.  In other research, the word “politics” highlights Kleinman’s interest in the social organization of power and its institutionalization as factors that affect how knowledge is developed.  The arc of Kleinman’s scholarship across the nearly 25 years fits into two broad categories: the sociology of the knowledge economy and academia and the sociology of democracy and expertise.

The Knowledge Economy and Academia

Kleinman has made two central contributions in this area.  The first is his book, Impure Cultures:  University Biology and the World of Commerce (2003), and the second is his collaborative work with Steven Vallas (at Northwestern University) in which they develop a theory of “asymmetrical convergence.”  Impure Cultures is an ethnographic study of the indirect ways in which the world of commerce affects the daily practices of scientists in an academic biology laboratory. The term “asymmetrical convergence” highlights the exchange of codes and practices between industry and academic.  The codes and practices of industry are increasingly shaping academic science, while the codes and practices associated with higher education are increasingly found in firms doing cutting edge industrial science.

Since these two projects, Kleinman’s work in this broad area has moved in two related directions.    First, he has collaborated with Greg Downey and Noah Feinstein on a project that examines the character of collaboration, interdisciplinarity, intellectual property protection, public-private relations, and public outreach efforts in 21st century academic science. A second initiative undertaken with Robert Osley-Thomas explores the commercialization of academia through an historical analysis of the use and legitimacy of commercial codes in discussions of higher education.

Kleinman’s interest in the relationship between democracy and expertise emerged during the so-called “science wars” of the late 1990s. Among his projects in this area have been a set of “experiments” in citizen deliberation on highly technical matters.  With a number of collaborators, Kleinman closely considered the factors and qualities of deliberation that facilitate productive citizen engagement and those that are less effective.

More recently, Kleinman and Sainath Suryanarayanan have explored who is viewed as an expert in the controversy over Colony Collapse Disorder (CCD), the epidemic associated with massive honey bee deaths.  In their book, Vanishing Bees (2017), and a set of related articles, Kleinman and Suryanarayanan consider how and to what extent the structure of the scientific field shapes what we know about CCD and what we do not and to what extent that same structure shapes whose voices matter in debates over the causes of CCD.

Following up on their book and returning to Kleinman’s interest in experiments in democratic deliberation, Kleinman and Suryanarayanan have brought scientists, regulators, growers, and beekeepers together to design a set of field experiments that they hope will allow us to better grapple with the causes of CCD and move beyond the current policy impasse.  Kleinman and his collaborator are interested in whether deliberants with distinct interests and varied types and amounts of cultural capital can work together effectively. They are also exploring whether this group can design field experiments that advance our thinking about the pollinator crisis.

Kleinman, Daniel Lee and Robert Osley Thomas.
2016. “Codes of Commerce and Codes of Citizenship:  An Historical Look at
Students as Consumers in Higher Education.  Research in the Sociology of
Organizations. 46:197-220.

Kleinman, Daniel Lee.
2005.    Science and Technology in Society:  From Biotechnology to the Internet.
Blackwell Publishers.

Kleinman, Daniel Lee and Steven Vallas.
2001.    “Science, Capitalism, and the Rise of the Knowledge Worker:  The Changing
Structure of Knowledge Production in the United States,” Theory and Society 30: 451-492.