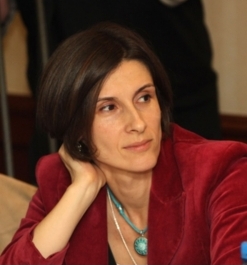 I am an economic sociologist with interests in the market formation, particularly the development of new financial and consumer markets in emerging economies of Eastern and Central Europe. To date, I published two books on this subject: Into the Red: The Birth of the Credit Card Market in Postcommunist Russia (2008) and Plastic Money: Constructing Markets for Credit Cards in Eight Postcommunist Countries, co-authored with Akos Rona-Tas (2014). Here I explain the main ideas of Plastic Money.

I have recently extended my interest in postcommunist consumer finance to a project on money management strategies in Russian households. Together with Dilyara Ibragimova (Research University-Higher School of Economics) we are investigating the relationship between household characteristics and the choice of a money management strategy, as well as the ways in which money management is indicative of control over money and power distribution between spouses.

My most recent project builds on my expertise in markets and a long-standing teaching interests in sociology of medicine and health. This project is focused on the construction of moral frames and legitimacy of commercial surrogacy in several surrogacy-friendly jurisdictions in Eastern Europe. The predominant moral challenges to surrogacy – commodification and exploitation — can be summarized as the Zelizer’s “hostile worlds” argument: the market is feared to contaminate intimacy (reproduction, motherhood, family, etc.), reduce it to a tradeable commodity and erode human values (moral philosophers also add to the debate of “what things should not be for sale”). What I have discovered so far is that where commercial surrogacy involving foreign parents is legal, it is the medical professionals that exert control over how surrogacy is defined — first and foremost as a medical treatment for infertility, going as far as narrowly specifying who may serve as a surrogate and who may commission one. I ask the following questions: What is the role that medical professionals in these countries play in legitimizing an otherwise controversial practice, and helping establish a working market order for commercial surrogacy? Specifically, what was their role in drafting the current legislation? Have they been met with opposition from other interest groups that offered alternative frames? What are other strategies, besides legislation, that medical professionals resort to? How do they navigate the delicate terrain surrounding reproductive markets in general and third party reproduction specifically?

Alya Guseva is past Chair of Economic Sociology Section of the ASA. If you are interested in learning more about economic sociology, please check out the recent issues of Section newsletter: Fall 2015, Spring 2016 and Summer 2016.

Guseva, A. 2010. “Uncertainty and Complementarity, Coercion and Control in the Development of the Russian Credit Card Market.” Genesis (special issue ed. by Gilles Laferte) 79:74-96 (in French).

Guseva, A. 2008. Into the Red: The Birth of the Credit Card Market in Postcommunist Russia. Stanford: Stanford University Press.

Buerkle, K. and A. Guseva. 2002. “What Do you Know, Who Do You Know? School as a Site for the Production of Social Capital and its Effects on Income Attainment in Poland and the Czech Republic.” American Journal of Economics and Sociology 61(3):657-680.