Colleen Foran is a doctoral student studying contemporary African art. Her research interests include emergent art scenes, urban and arts infrastructure, and all things internet and pop culture. Previously, she worked in the editorial and advancement departments at the Smithsonian National Museum of African Art. Colleen enjoys visiting museums (big, small, and quirky), reading, and exploring new cities on foot. 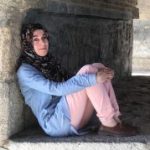 İkbal Dursunoğlu is a doctoral student studying Safavid and Mughal arts of the book, with particular interest in the way painting as an art was conceptualized in the imperial courts of those two dynasties in the sixteenth and seventeenth centuries. In her free time she enjoys painting, designing board games, and developing characters and stories.

Phillippa Pitts is a second year doctoral student and Jay and Margaret Horowitz Foundation Fellow for American Art. Her research focuses on ideas of nationality, immigration, indigeneity and xenophobia in the art of the Americas writ broadly. Before returning to doctoral work, Phillippa worked in museum exhibitions, interpretation and technology for almost a decade and remains passionate about equity, inclusion, and accessibility in the arts. 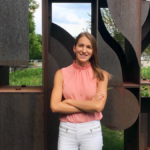 Althea Ruoppo is a PhD Candidate studying contemporary German art. Her research interests include sculptural assemblage, installation art, memorials, and themes of travel, globalization, and mobility. Previously, Althea worked in the curatorial departments of the Museum of Fine Arts, Houston, and the McNay Art Museum in San Antonio.

Defne Kirmizi is a doctoral student studying the contemporary art scene in Turkey. Her research interests include history of exhibitions, globalization and postcolonial theory, and urban politics. She is an avid supporter of independent movie theatres, an urban cyclist, children’s literature enthusiast, and a novice Lindy hopper.

SEQUITUR publishes scholarly articles under creative commons licenses. any use of this material should properly credit the author and the journal. SEQUITUR does not claim ownership of images published here.