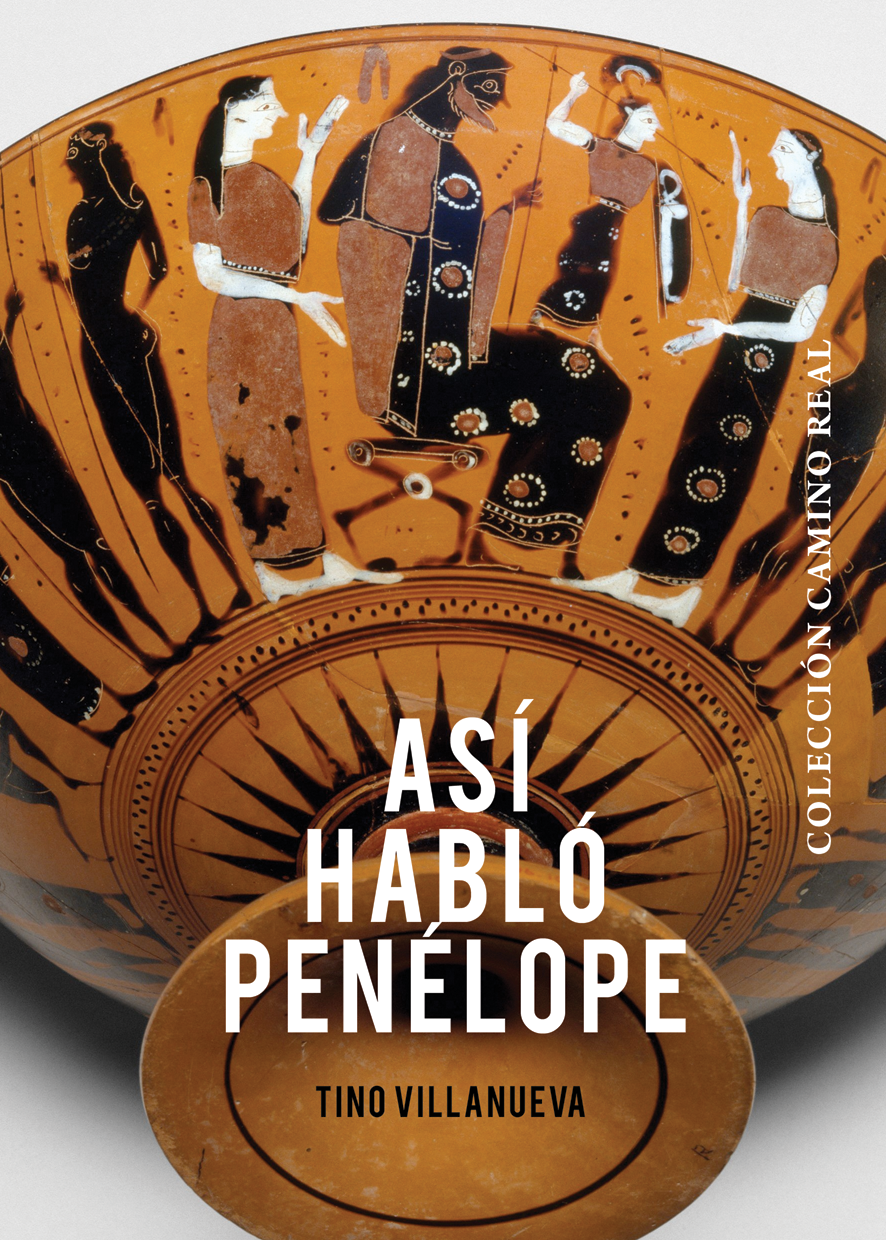 Poet and Senior Lecturer Tino Villanueva was in Madrid in May for a reading from his most recent book, So Spoke Penélope which has now been published bilingually–Así habló Penélope—at the Universidad de Alcalá de Henares.

The reading, at the Centro de Art Moderno, with an introduction by Rafael Cabañas Alamán, may be seen here. The book was translated by Nuria Brufau Alvira, author, also, of an article in Les Ateliers du SAL which thoughtfully places Villanueva’s book in a long poetic tradition (pdf).

Villanueva is also to be congratulated on an a glowing review of So Spoke Penelope in the prestigious Bryn Mawr Classical Review, by Ramiro González Delgado, who writes of Villanueva’s poetic sequence:

“So Spoke Penelope is not the sort of book BMCR ordinarily reviews, in that it is not an essay, or a new edition or translation of classical texts, nor is it a scientific study. It is, instead, an excellent creative work of literature, one which is undoubtedly destined to become a source of critical analyses and studies regarding the influence of ancient Greek epic poetry on contemporary poetry, in general, and The Odyssey—especially the character of Penelope—in particular” (tr. Lisa Horowitz).

González Delgado places Villanueva’s book—the fruit of more than ten years of patient poetic weaving and unweaving—in the tradition of La tejedora de sueños (1952) by Antonio Buero Vallejo, The Penelopiad (2005) by Margaret Atwood and, more recently Nostalgia of Ulysses by Nuria Barros. He writes: that  “twenty-four of these poems have appeared before in various journals and anthologies, starting in 2004, when a preview of the collection came out in Poiesis: A Journal of the Arts and Communication, Vol. 6, specifically, “So Spoke Penelope,” “Prayer to Athena,” “Dream,” “In Color and in Cloth,” and “A Width of Cloth.” Each of these poems is capable of standing on its own, but the real strength of this work lies in reading them all together. By reading the collection as a whole, we are, in effect, re-reading The Odyssey, but this time through the eyes of Penelope, who in the first person, recounts her own odyssey of love, hope and despair.”

As Nigerian poet Ifeanyi Menkiti wrote about the original edition, Villanueva’s incandescent collection, recognizes that “the whole range of human experience is contained in Penelope at Ithaca.”

Of the many interviews Villanueva has given, this one, from two years ago, after a talk at the University of California, Merced, is one of those that deal most directly with his poetics.

Through Study Abroad our students study, and sometimes do internships, in our programs in Buenos Aires, Madrid, Quito, Paris, Grenoble, and Padova.