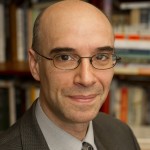 Professor Klawans joined the Department of Religion and the Elie Wiesel Center for Judaic Studies in the fall of 1997. Professor Klawans is a specialist in the religion and religious literature of ancient Judaism. He teaches courses in Western Religion, the Hebrew Bible, the Dead Sea Scrolls, Rabbinic literature, and Theories and Methods for the Study of Religion. He has published articles in journals such as AJS Review, Dead Sea Discoveries, Harvard Theological Review, Journal of Jewish Studies, New Testament Studies, Numen and Religious Studies Review. Professor Klawans’s first book, Impurity and Sin in Ancient Judaism was published by Oxford University Press in 2000, and received awards as a best first book for that year from both the American Academy of Religion and the American Academy for Jewish Research. This book explores varied attitudes toward impurity and sin as expressed in the Hebrew Bible, the Dead Sea Scrolls, Rabbinic literature and the New Testament. Professor Klawans’s second book was published in 2005, also by Oxford University Press: Purity Sacrifice and the Temple: Symbolism and Supersessionism in the Study of Ancient Judaism. This book aims to correct a number of misconceptions about the practice of sacrifice in the ancient world, and the understanding of it in the modern world. It was selected as a finalist in the Jewish Thought category for a 2005-2006 Koret International Jewish Book Award.

Professor Klawans’s third book is entitled Josephus and the Theologies of Ancient Judaism (Oxford University Press 2012). This book re-examines the theology of the first-century Jewish historian Josephus, as well as the theological views Josephus attributes to the major Jewish groups of his day: the Pharisees, Sadducees and Essenes. The book argues that matters of belief played an important role, alongside Jewish law, in ancient Jewish sectarian disputes.

Professor Klawans recently completed his fourth book entitled Heresy, Forgery, Novelty: Condemning, Denying, and Asserting Innovation in Ancient Judaism. Published in October 2019, this book argues (1) that Christian heresiology, with its demonization of novelty, has roots in Judaism; (2) that our evidence is muddied by Jewish and Christian forgeries—often in the form of pseudepigraphs (works falsely titled)—which serve to deny or conceal innovations that would otherwise be condemned as novel; (3) that the Christian claim of novelty, while having roots in sectarian Judaism, goes further than its Jewish precedents by embracing the new and condemning the old in unprecedented ways.

Josephus and the Theologies of Ancient Judaism
By Jonathan Klawans
Oxford University Press
October 12, 2012
Buy it now from Amazon.com!

Purity, Sacrifice, and the Temple Symbolism and Supersessionism in the Study of Ancient Judaism
By Jonathan Klawans
Oxford University Press
October 2005
Buy it now from Amazon.com!

Jonathan Klawans is an occasional contributor to Biblical Archaeology Review