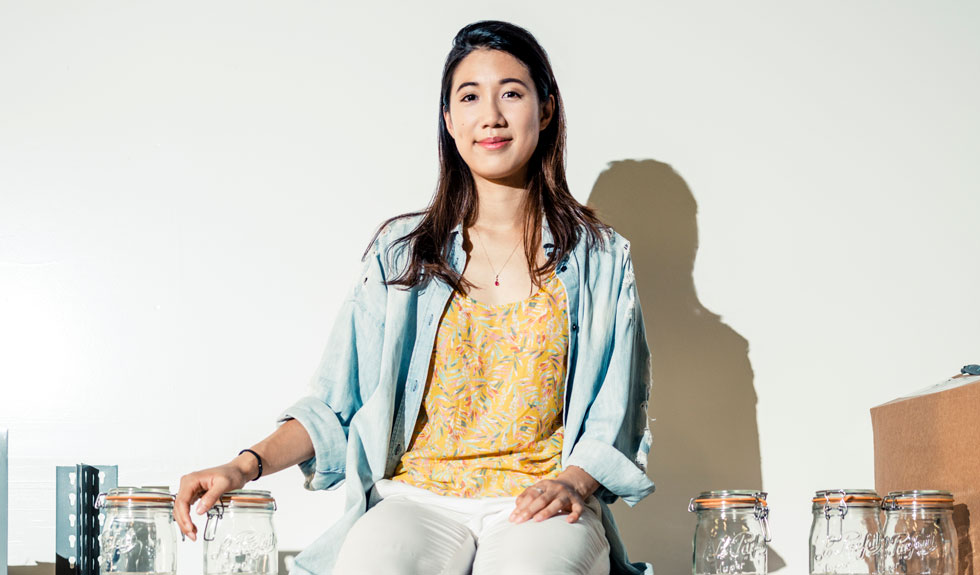 So you want my job…Beyond Amazing

After graduation, Tamara Lim landed a great job at Amazon, quickly working her way up the ladder to category manager. Then she quit. She’d become an expert on packaging and shipping, but was increasingly disillusioned about the waste involved: the bags and bubble wrap that enable convenient delivery mostly finish life in a landfill. Lim (BSBA’15) decided to do something about it. She’s the founder and CEO of the Wally Shop, a grocery delivery business with reusable packaging—mesh bags, mason jars—and local, organic produce. The Wally Shop serves customers in New York City, but has big expansion plans. Here’s how to emulate Lim:

If you fail, go back to basics
When Lim’s first venture—a recycling business—ended, it was her mom who told her to go back to the problem she was trying to solve: managing our trash. “I really boiled it down, stripped away the extraneous feeling of failure,” she says. “The execution we tried didn’t work and that’s all that means; we just needed to try a different execution.”

Concentrate on input, not just output
At their weekly business reviews, Lim and her team don’t only sweat their output metrics, such as revenue stats and order volume. “I focus on metrics that we have direct control over: How much selection did we add? What was our response time to customer emails? Really emphasizing the input metrics creates a culture of action-oriented people.”

Push past the unfairness
Women entrepreneurs have to work harder than their male counterparts, says Lim, delivering “not just amazing, but beyond amazing” to be taken seriously. “Don’t let that make you cynical or jaded; just take it as a challenge to strive above and beyond.”

Demand a female presence
When Lim contacted other women entrepreneurs for advice, she was told to not always meet potential investors in person. “You can ask to FaceTime,” says Lim. “It shows them you mean business, that you’re not going to be pushed over, and that your time matters.” Lim also demands investors have a woman in the room to counter unconscious bias: we’re all more likely to back people who look like us.

Go all in
Being an entrepreneur isn’t for the faint of heart: long hours, plenty of rejection, and a good chance of failure come with the territory. “Don’t embark on this treacherous journey unless there’s something you feel super strongly about,” says Lim. “Don’t start a start-up for starting a start-up’s sake, because you’re going to run into hard difficulties and what’s going to get you through it is really believing in what you’re trying to do.”