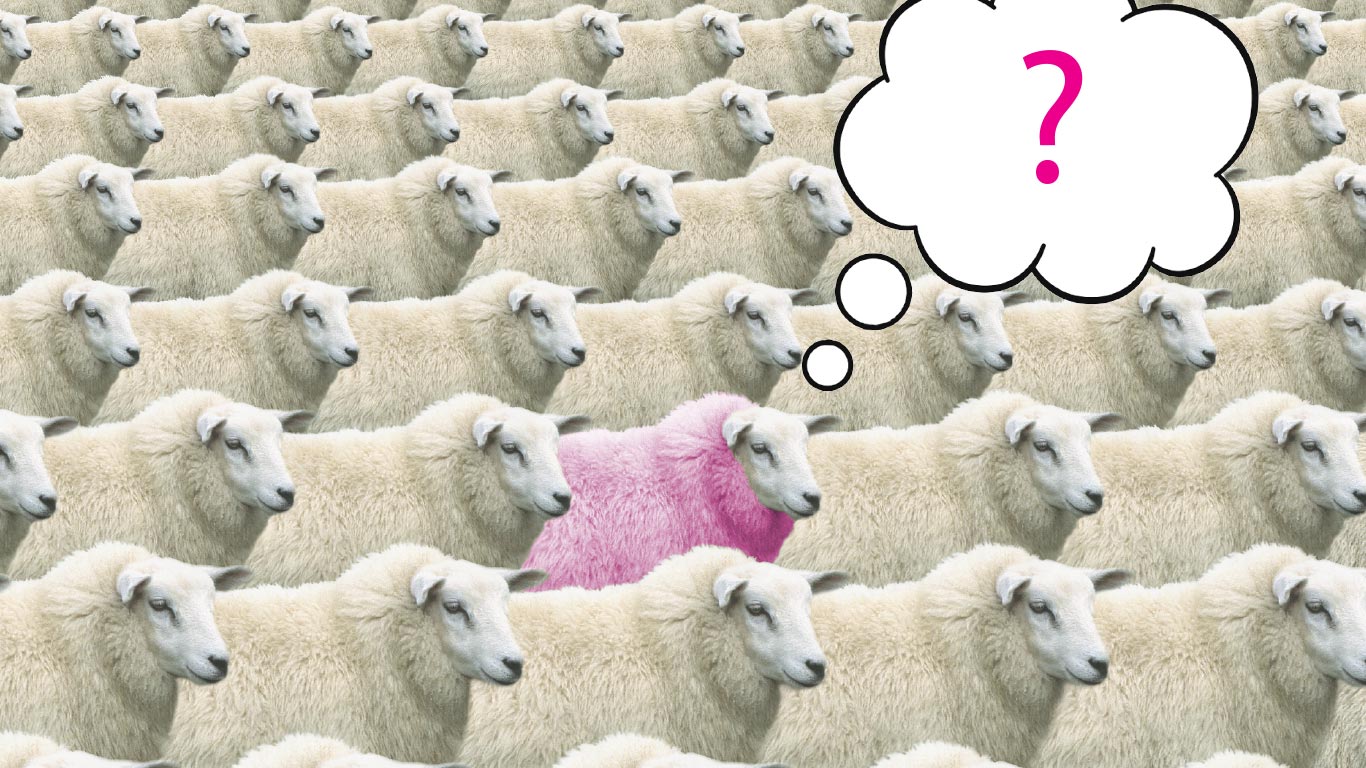 How to Think Critically

Andrew A. King remembers being skeptical four years ago when doctors told a relative she had cancer and recommended a painful, debilitating surgery. The procedure would delay the cancer’s return, the doctors said, but it wouldn’t extend her life.

“My wife and I read the main study on the surgery and discovered the seeming delay in the cancer was based on an assumption about the number of cancers in the control group of a randomized trial. The assumption made no sense,” says King. “As we were pondering what to advise the family member, a new study confirmed our suspicions: the surgery provided no benefit.

“I realized then that fresh eyes and simple analysis may expose problems that others may have missed.”

King, who joined BU this fall from Dartmouth’s Tuck School of Business, is an expert in this kind of critical thinking, what he describes as “the ability and inclination to think for yourself about what you hear and read,” weeding out errors and misstatements as you add to your knowledge and act on it. He’s applied a critical thinking lens to the study of environmental disasters, including the corporate response to the 1984 Bhopal disaster—in which a gas leak at a Union Carbide facility in India killed between 4,000 and 8,000 people—and to business fads, such as the iconic notion of “disruptive innovation” coined by Harvard’s Clayton Christensen. In investigating Christensen’s theory, King and his coauthor surveyed experts in 77 industry cases supposedly affected by disruptive innovation, in which an inexpensive product or service targets down-market customers, then mushrooms in appeal and kills off established competitors; they found the theory at odds with many of the cases.

“I try to be a ruthless empiricist, to let the data speak truthfully for itself whether I like the message or not,” says King, a professor of strategy and innovation. “As a result, my research ends up in a middle ground between our fondest hopes and our worst fears. Disruption does follow Christensen’s model occasionally, but more often it follows a different path.”

Questrom: How does critical thinking tie together your varied research topics?
King: All my work tries to separate hope and hype from evidence and practical application. I started my career exploring how firms innovated to meet environmental regulations. The hope was innovation would cover the cost of adaptation; the fear was environmental regulation would be unbearably costly. I found something in the middle. Later, I researched disruptive innovation and again found a grain of truth in a pile of hype. I began to evaluate this process itself.

How can critical thinking help you tell a trivial business fad from a lasting, enduring innovation?
A good example is the auto industry. Everyone was saying Tesla was going to disrupt existing car makers. What you’re seeing is, no, the existing car makers know how to make cars reliably. Companies like Volkswagen are going to produce, in the next few years, an enormous number of electric cars. They thought to themselves, what are we good at? You know, we’re good at making boxes to move down the road. Tesla is going to have initiated a market, but it will not end up being the giant winner in that space.

Is environmental technology a disruptive innovation?
Many environmental pundits said disruptive innovation is going to save the world. Start-ups will have these cleaner ways of doing things and displace existing companies. I think that story has been wildly oversold. We are going to have more wind and solar, and that’s going to change the technologies we use. But we shouldn’t be expecting that Exxon is going to become a solar company or a wind company. They’re going to continue to be in oil exploration. Where you do see companies responding are companies like GE that already have capabilities and electro-mechanical equipment, and so they make wind turbines.

You’ve also studied Italian gourmet chefs. What does that have to do with green energy and business?
Chefs, it turns out, want to exchange ideas with each other, because it keeps them fresh, it keeps them innovative. The problem is, I don’t really want to tell you how to do my signature dish and have you steal it, even though I would like a way that I could tell you about all the things I do that are cool, and you could tell me about the things you do that are cool.

So very strong norms have been set up. The chefs created a way of self-regulating. Chefs anywhere in the world at a certain level will all say the same three things: you never copy exactly, you don’t pass on something that somebody’s given to you, and if you do copy something substantial, you cite on the menu the source. Chefs expose people who steal.

"Stories explain past data; theories use data to predict the future. All inference requires assumptions; unearth and check the ones experts have used.”–Andrew A. King, Questrom Professor in Management

In business, we can either wait for government to regulate, or industries can get together and decide, we’re going to have our own norms.

Once we have those standards and norms in place, we have to figure out the ways we’re going to hold those together. After Bhopal, they were very concerned about the world losing faith in chemical industries. They formed this agreement to do a list of things.

But they didn’t put into place any sanction mechanisms, unlike the chefs, so what you found was that it wasn’t really working. After I wrote the Bhopal paper [an analysis of self-regulation] with a PhD student, Michael Lenox, the chemical industry did an about-face. They put into place this certification system, sanctioning mechanisms, and it started to have a beneficial effect. Unfortunately, from what I hear, they relapsed. Once there wasn’t the public pressure, they lost their incentive to keep performance as high. This is another case of hope and hype. Some think self-regulation always works, some think it never does. The truth is somewhere in the middle: self-regulation is sometimes effective, but it’s also brittle and falls apart easily.

What’s the critical thinking required by renewable energy?
Some people say wind and solar and renewables can solve our energy problems, at very low cost, rapidly, with few social problems. The analysis I have done suggests they are partly right: wind and solar can take you about halfway to decarbonization. But after that, it gets hard. You need storage and some kind of backup from a source we can turn on and off, like natural gas or nuclear.

I am planning to investigate possible social and environmental barriers to decarbonization. Wind and solar take up an enormous amount of space; a lot of people, even clean energy supporters, don’t want to have wind turbines covering their state. I expect increased pressure from citizens as you get more and more wind turbines. There are environmental consequences too: as you build out distributed wind towers and power lines, you’re going to further fragment and affect parts of our natural world, and that could put further pressure on vulnerable species. This is another hope/hype situation. I think wind and solar are great, but they aren’t going to be as clean as people expect. We are going to still need to make some icky and uncomfortable choices about natural gas or nuclear as a backup.

How might people use critical thinking in their jobs?
First, humility: you don’t know anything. Second, skepticism: others may not know more than you. Third, action: learn how to check for yourself.

Dare to think critically about expert analysis. Stories explain past data; theories use data to predict the future. All inference requires assumptions; unearth and check the ones experts have used. Identify alternative explanations for any evidence, and ask why one is better than another. Confirm that findings persist across a variety of assumptions.