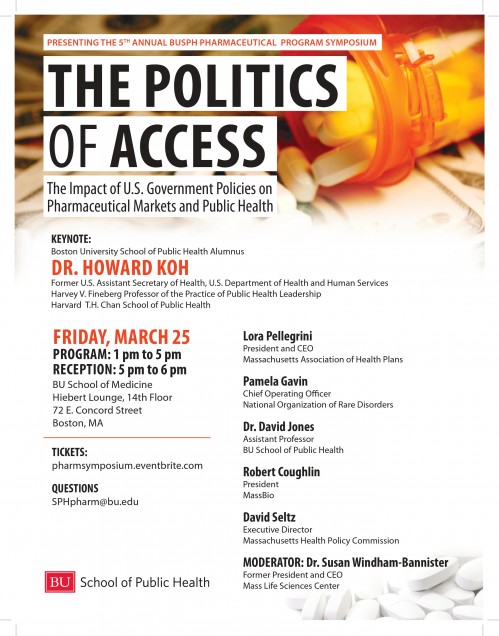 The 2014 theme was “Financing Pharmaceuticals During Budgetary Austerity, Domestically and Abroad.” It took place on Friday, February 28th, from 1pm until 7pm in Bakst Auditorium, Boston University School of Medicine.

The event will had two panels, one focusing on pharmaceuticals domestically and the other addressing pharmaceuticals internationally. There was a networking session following the panel discussion. 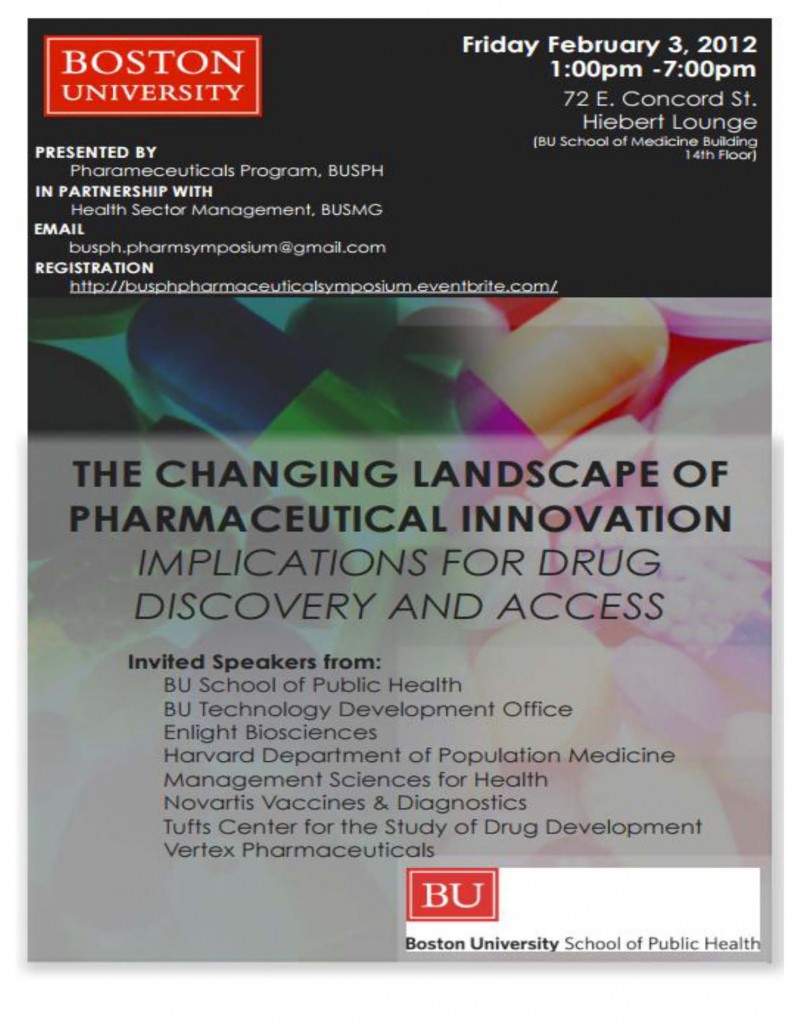