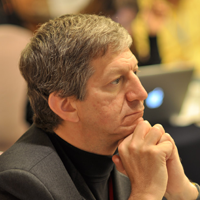 Algorithmic improvements contributed meanwhile to making each flop more valuable scientifically.  As the semiconductor industry now slips relative to its own roadmap for silicon-based logic and memory, concurrency, especially on-chip many-core concurrency and GPGPU SIMD-type concurrency, will play an increasing role in the next few orders of magnitude, to arrive at the ambitious target of 1 Exaflop/s, extrapolated for 2018.  An important question is whether today’s best algorithms are efficiently hosted on such hardware and how much co-design of algorithms and architecture will be required.

From the applications perspective, we illustrate eight reasons why today’s computational scientists have an insatiable appetite for such performance: resolution, fidelity, dimension, artificial boundaries, parameter inversion, optimal control, uncertainty quantification, and the statistics of ensembles.

The paths to the exascale summit are debated, but all are narrow and treacherous, constrained by fundamental laws of physics, cost, power consumption, programmability and reliability. Drawing on recent reports, workshops, vendor projections, and experiences with scientific codes on contemporary platforms, we propose roles for today’s graduate researchers in one of the great global scientific quests of the next decade. 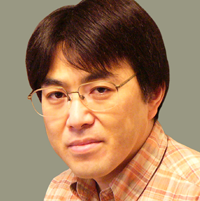 Tsunamis are destructive forces of nature and thus their accurate forecast and early warning is extremely important.  In order to predict a tsunami, the Shallow Water Equations must be solved in real-time. To solve these equations the CIP-CSL2 and the method of characteristics can be used. A new, outstanding way to speed up these computations uses GPUs to drastically accelerate the computation in a highly parallelized environment.

A domain representing real bathymetry was used as our dataset, with a grid size of 4096×8192 and 90m resolution.  Our tests on the supercomputer TSUBAME showed excellent scalability.  Also on the TSUBAME GPU cluster, consisting of Tesla S1060  cards, impressive results were obtained, e.g., 1000 CPUs were required to match the performance of 8 GPU’s.