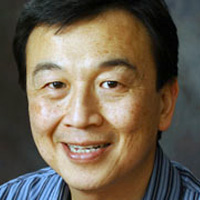 Prof Hwu is a PI for the petascale Blue Waters system, is co-director of the Intel and Microsoft funded Universal Parallel Computing Research Center (UPCRC), and PI for the world’s first NVIDIA CUDA Center of Excellence. At the Illinois Coordinated Science Lab, Dr. Hwu leads the IMPACT Research Group and is director of the OpenIMPACT project, which has delivered new compiler and computer architecture technologies to the computer industry since 1987.

Dr. Hwu’s PhD research was at the University of California, Berkeley under Yale Patt. Their CPU microarchitecture projects, HPS and HPSm, were the predecessors of the form of out-of-order execution that became commercially successful with the Intel P6.

For his contributions to the areas of compiler optimization and computer architecture, he received the 1993 Eta Kappa Nu Outstanding Young Electrical Engineer Award, the 1994 Xerox Award for Faculty Research, the 1994 University Scholar Award of the University of Illinois, the 1997 Eta Kappa Nu Holmes MacDonald Outstanding Teaching Award, the 1998 ACM SigArch Maurice Wilkes Award, the 1999 ACM Grace Murray Hopper Award, the 2001 Tau Beta Pi Daniel C. Drucker Eminent Faculty Award. He served as the Franklin Woeltge Distinguished Professor of Electrical and Computer Engineering from 2000 to 2004. He is a fellow of IEEE and ACM.