Andreas Kl\”ockner]  obtained his Diplom Degree from the University of Karlsruhe, Germany.  He now works under Professor Jan Hesthaven at Brown University on the simulation of plasma physics.
He has also been a prolific developer of scientific software, most notably of PyCUDA, which makes the Nvidia CUDA compute abstractions accessible from Python.  It also contains a GPU-based array package and building blocks for common vectorial and reductive operations.  PyCUDA is available under the MIT license.  In September 2010, Kl\”ockner will be joining the Courant Institute of
Mathematical Sciences at New York University as a Courant Instructor. There, he will work on problems in
computational electromagnetics with Prof.\ Leslie Greengard. 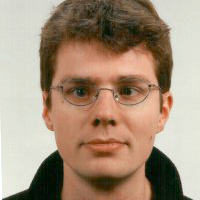 Andreas Klöckner obtained his PhD degree working with Jan Hesthaven at the Department of Applied Mathematics at Brown University.  He worked on a variety of topics all aiming to broaden the utility of discontinuous Galerkin (DG) methods.  This included their use in the simulation of plasma physics and the demonstration of their particular suitability for computation on throughput-oriented graphics processors (GPUs). He also worked on multi-rate time stepping methods and shock capturing schemes for DG.

In support of his research, Dr  Klöckner has released numerous scientific software packages under liberal open-source licenses. Among his most widely-used packages are the PyCUDA and PyOpenCL toolkits, which permit high-performance, hybrid GPU computing from the high-level scripting language Python. In addition to providing a very convenient way of programming compute devices, they offer a number of abstractions such as on-GPU linear algebra and a practical way of generating GPU code at run-time for automated tuning and library flexibility.

In the fall of 2010, Klöckner will be joining the Courant Institute of Mathematical Sciences at New York University as a Courant Instructor. There, he will be working on problems in computational electromagnetics with Prof Leslie Greengard.