When Associate Dean of Students Steve Singer was growing up, his Mom always told him to “treat people, like people.”

After finding a young man, sleeping on a couch in the George Sherman Union (GSU) several mornings in a row, Steve decided to take his Mom’s advice. Steve approached the young man and asked the individual, David, if he was ok.

David admitted that he was a Boston University student but not in the traditional sense—he was homeless. David earned some money working nights but when his work was finished, David found himself wandering the streets until the GSU opened at 7 a.m. It was only then, in the security of the GSU, that David got some meaningful rest for a few hours before class.

Dean Singer gathered that David had very little money for food or clothes, not to mention textbooks. Steve assured David that the Dean of Students’ Office could help him. Dean Singer used money from the Student Life Fund to pay for David’s textbooks, set up a meal plan, purchase well-needed clothing, and put down a deposit for an off-campus apartment.

The Student Life Fund, through the generosity of our donors, provided David with life’s most basic necessities. David already possessed perhaps the most important traits of a BU student: intelligence, ambition and the self-motivation to get-ahead. David successfully negotiated academic life and is now a graduate of Boston University. 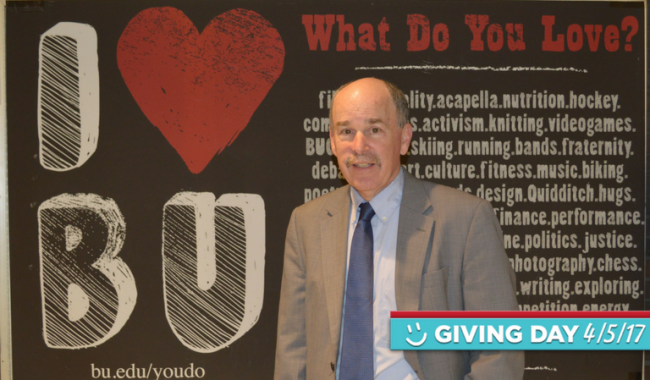